It is difficult to identify the exact nature of modern day warfare. The notion of modern day warfare is evolving with changing times. However, the purpose of fighting wars has more or less remained same and in broad terms what actually has changed are mainly the concepts and the methods of war fighting. Over the years it has also been observed that the practice of war shows dramatic changes depending on the developments in the military technologies. In the 21st century the developments in Information Technology (IT) have played a major role towards developing the war doctrines for various nation states. These technologies have acquired the foremost role in determining the development of concepts like Revolution in Military Affairs (RMA), Network Centric Warfare (NCW) and Fourth Generation Warfare.

At tactical level the technological growth has also been instrumental towards increasing the awareness of military commanders by providing them with the real-time information from the actual war zone. Along with IT, the space technologies have also played a key role towards developing modern war fighting concepts and techniques. The communication, reconnaissance and navigation facilities offered by satellites have brought in revolution in methods of war fighting.

“It is too early to say with certitude that the manned air-superiority fighter could be replaced by the Unmanned Combat Aerial Vehicles (UCAV). However, as per projections, by 2025, the air-superiority UCAV will probably be technologically feasible.”

It has been observed that the war fighting techniques change with technology progression. However, it is important to appreciate that irrespective of the ‘time in history’ the basic purpose behind war fighting relatively remains the same. Wars are still fought to overpower the enemy. But, what has the changed is the notion about the collateral damage during the war fighting. The purpose and practice of human sacrifice (particularly that of civilian population) for winning wars is increasingly being challenged. This has brought significant changes in the designing of modern war machines.

Historically, it has been seen that the warriors found tanks as the best option to replace the age-old form of cavalry fighting during World War-I. Today, even in the 21st century combat, land warfare essentially revolves around the tank battle. In the early years of its development even the aircraft were not seen as machines with the combat capability. Today, aircraft are central to any war fighting efforts of the states. Similarly, over the years, the submarines have acquired the reputation of a war machine of significance for any sea combat. However, all such war-waging platforms are not being viewed in the traditional sense anymore. All modern machines are not necessarily getting designed to create a large, fearsome contraptions meant to destroy on a large scale. Modern day combat tanks, aircraft and submarines are increasingly being supported by drones, unmanned vehicles and smaller weapons systems. The emphasis of modern day war fighting is on precision, surgical strikes and the reduction in human cost. Rather than bombarding an area with several artillery pieces, an unmanned combat vehicle is used to destroy a specific target1.

Unmanned vehicles are increasingly being used by states in modern day combat. There are various sub-categories in regard to unmanned vehicles, which includes, various from of missiles, rockets, robot, extraterrestrial probes and even weather balloons. This article discusses the relevance of unmanned vehicles in the modern day conflicts. The article focuses on issues related to vehicles used for the purposes of military uses either in air or land or water. 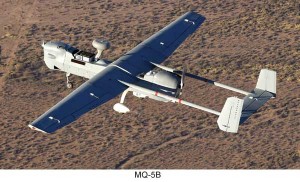 The Unmanned Aerial Vehicles (UAVs) is the most widely known and used category of the unmanned vehicles. As per the November 2010 report on the UAVs by the ASDReports.com, presently there are over 450 different UAVs operated or developed in 49 countries. There are various categories of UAVs which include Micro air vehicles, Tactical UAVs, Mini UAVs, systems capable of vertical take-off and long endurance systems operated both in medium and high altitudes and UAVs used in combat role (UCAVs-Unmanned Combat Aerial Vehicles).The usage of UAV in wars was first carried out by the Israeli Air Force during Bekaa Valley operations (1982). Israel was the first country to develop and adopt UAVs for reconnaissance and electronic warfare operations2. The Israeli UAVs in the Bekaa valley war created havoc for the Syrian Air Force3. Post 9/11, terrorist attacks in the United States the UAVs and UCAVs have made a significant impact in the Afghanistan theater. They also proved their utility during the Kosovo conflict where the famous Predator UAV was used. During 1996 the MQ-1 Predator unmanned drone was introduced and the craft was first used in a war zone during the 78 days of the 1999 Kosovo conflict. Along with the Predator few other types of UAVs were used for surveillance purposes during NATO air operations over Kosovo, and as per the reports nine of them were shot down4.

The UAV technology and its utility in war fighting have come long way during the last two decades. Today, UAVs are increasingly demonstrating their warfare utility. Various developments in the communication technology and advances made in satellite guidance technologies on one hand and the developments in the field of aeronautics on the other hand have helped induction of the computerized flight control systems, and sensor technologies. In many recent conflicts, these machines have played a significant role. This has become possible because of the considerable improvements in its range, endurance, on-board sensors and data transmission techniques.