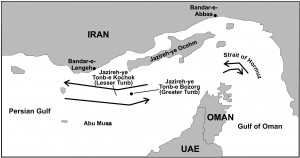 The recent hard-line statements from the Han rulers of Tibet expressing concern over the situation in Tibet and their determination to crush the so-called splittist movement is a reflection of their nervousness. This nervousness is the result of their inability to understand what has been going on in the Tibetan areas of China and to crush the post-2008 Tibetan emulation of Mahatma Gandhis non-violent strategic resistance movement called the Satyagraha meaning the struggle for the truth.

The Chinese managed to crush the violent uprising of 2008, but they have not been able to crush the Tibetan yearning for freedom.

The Tibetans””particularly the GenNext”” realised that a better way of asserting their pride and independence and keeping alive their hopes for the end of what they consider as the Han colonisation of Tibet would be to emulate Mahatma Gandhis non-violent struggle against the British colonial regime in India.

Thus was born the Lhakar movement.Lhakar means White Wednesday””- a day associated, in their eyes, with the soul of His Holiness the Dalai Lama. Every Wednesday, thousands of Tibetans””men, women and children””- are meeting in their villages and towns to take the following pledges:

They express their determination to preserve their Tibetan identity and their refusal to be assimilated into the Han culture and identity.

I am Tibetan. This is my national flag.

I am Tibetan. I wear Chupa(tibetan dress).

I am Tibetan. I eat dried cheese.

I am Tibetan. I work for Tibetan Struggle.

I am Tibetan. I eat Tsampa (Tibetan staple food).

I am Tibetan. I drink Tibetan salted butter tea.

I am Tibetan. I speak Tibetan.

I am Tibetan. I am a disciple of His Holiness.

I am Tibetan. My father is a Tibetan.

I am Tibetan. Tibetan blood flows in my body.

I am Tibetan. I will continue to work for Tibets Struggle.

I am Tibetan. I am proud of being Tibetan.

I am Tibetan. I am Thangka painter and an activist for Tibets Independence.

They express their determination to preserve their Tibetan identity and their refusal to be assimilated into the Han culture and identity. Eat Tibetan, Speak Tibetan, Dress Tibetan,Think Tibetan, Live Tibetan, Die Tibetan”” that is their motto.

The Chinese have sent reinforcements of their security forces to the Tibetan areas and cut off all Net connections. Despite this, the movement is showing no signs of abating. On the contrary, it is gathering strength.

The Tibetans themselves describe the Lhakarmovement as follows: ” Lhakar is a homegrown, Tibetan self-reliance movement that started in the aftermath of the 2008 uprising. In spite of Chinas intensified crackdown, Tibetans have embraced the power of strategic nonviolent resistance. Every Wednesday, a growing number of Tibetans are making special effort to wear traditional clothes, speak Tibetan, eat in Tibetan restaurants and buy from Tibetan-owned businesses. They channel their spirit of resistance into social, cultural and economic activities that are self-constructive (promoting Tibetan language, culture and identity) and non-cooperative (refusing to support Chinese institutions and businesses).”

The Lhakar movement has unnerved the Chinese. They do not know how to stop its spread. The resistance movement has taken other forms too””- self-immolation by Tibetan monks””- since March last year, there have been 24 self-immolation attempts, of which 22 ended in fatalities”” insistence on keeping thepictures of His Holiness in the monasteries, refusal to fly the Chinese flag and exhibit the pictures of Chinese leaders in the monasteries, refusal to observe the Chinese New Years Day, refusal by monks to perform their religious duties in monasteries in which Chinese security forces are posted,refusal to attend the so-called re-education camps organised by the Chinese Government and party authorities.

The Chinese have sent reinforcements of their security forces to the Tibetan areas and cut off all Net connections. Despite this, the movement is showing no signs of abating. On the contrary, it is gathering strength.

Gandhijis non-violent struggle finally succeeded against the British and forced them to quit India. Will the Tibetan non-violent struggle succeed against the Han Chinese? The Han Chinese are more ruthless than the British. The Tibetans would need the moral support of the international community””particularly India”” to keep their struggle alive and triumph finally. Even if considerations of RealPolitik prevent the Government of India from extending moral support to the Tibetans, Indian public opinion should not let them down. They are emulating our own freedom struggle. They are following in the footsteps of our own legendary leaders who fought against the British. The Indian public opinion has a moral obligation to empathise with the Tibetan satyagraha and support it morally.

One thought on “The Tibetan Satyagraha”