The India factor in Afghanistan

“We would like to expand the Indian involvement in Afghanistan as much as possible because we believe that this is crucial to stability to Afghanistan,” says Humayun Hamidzai, Presidential spokesperson.

In series of packed press conferences at the foreign ministry in Kabul, Humayun Hamidzai, has been voicing President Karzai’s view-that Pakistan’s ISI along with Taliban will not be allowed to destabilise New Delhi’s growing ties with Kabul, or launch terror attacks inside Afghanistan intended to kill civilians and troops belonging to the Afghan National Army and NATO. The message from Kabul is clear and unambiguous.

“Our message to Pakistan is-enough is enough,” says Rasoul.

At a memorial service in Kabul, Afghan diplomats and politicians joined their Indian counterparts to honour those who died in the attack on the Indian Embassy. Four of those killed – Defence Attache Brigadier RD Mehta, Counsellor V Rao and ITBP personnel Ajai Rathore and Roop Singh, have been awarded the Kirti Chakra, India’s second-highest peacetime gallantry medal. 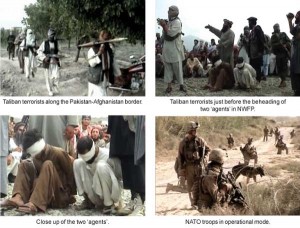 In an emotional tribute, Afghan Defence Minister, Abdul Rahim Wardak, who had struck up a personal friendship with Brigadier Mehta said: “I pay my tributes to my Indian brothers.” Afghan cabinet ministers made an aggressive pitch for rooting out terror from the region. They want terror bases,recruitment hubs and financial links that have enabled the Taliban and al Qaeda to regroup in Pakistan to be targeted. “An intricate network of training, financing and recruitment is supporting terrorist bases behind our borders where suicide bombers are being trained,” says Dr Rangin Dadfar Spanta, Foreign Minister, Afghanistan.

India’s increasing involvement in strategic infrastructure projects in Afghanistan, has Pakistan’s ISI worried. India has invested over 3,248 crore rupees in aid, half of which is going into building a transmission line to provide power to Kabul, a hydel project in Herat, a new parliament building and the vital Zaranj-Delaram road that will give landlocked Afghanistan access to the sea through Iran. “I think this attack was on the Afghan-Indian friendship. You know since 2001, India has been at the forefront of helping Afghanistan rebuild itself,” says Rasoul.

Meanwhile, just a week after the attack on the Indian Embassy, the mission started functioning, getting on with business. Visa applications are once again being processed and all consular work is happening in full flow as it used to before the terror attack. “We run a massive capacity development programme in Afghanistan, which includes sending 500 Afghani students to various Indian universities every year and training 500 Afghan civil servants as well,” says Jayant Prasad, Indian Ambassador in Kabul. Mohammed Sami, an Afghan student who secured admission in the University of Pune through this scheme was grateful that even though his “papers were destroyed in the attack”, the Indian Embassy assured him of all possible help to facilitate his travel to Pune. Such is the impact of India’s capacity development programme in Afghanistan that the Afghans started queuing up for the Indian visa as soon the Embassy re-opened within seven days of the terror strike. This is an unmistakable sign of the tremendous goodwill India has generated in Afghanistan through its comprehensive humanitarian and development aid.

One of the biggest insurance of Kabuliwallahs against instability is Indias humanitarian and development aid. India lives in the heart of every Afghan. No wonder, the Pakistan and ISI are worried ”¦ thats why the ISI planned the terror attack on the Indian Embassy in Kabul.

All of this activity happens amidst reconstruction of the Embassy, which is happening at a feverish pace. In fact, almost all signs of the terror attack were erased from the site by August 15, just in time for the celebrations of India’s Independence Day. The Embassy now wears a spanking new look. And must be underlined is the commitment of India to Afghanistan’s development as nobody in the Indian missions or those involved in infrastructure projects has asked for a posting back to India. “Posting to Afghanistan is on a voluntary basis and the commitment to rebuild continue to be strong,” says Prasad.

They say in the streets of Kabul that India lives in the hearts of every Afghan. “Woh bolte hai ki hum unke bhai ke tarah hai,” says Guruswamy, an engineer in an Indian private sector company, KEC International. Indians are bringing in real, visible change in Afghanistan like the 200 km power transmission line, a key infrastructure project in a war ravaged country, now almost complete. It will bring power from Central Asia to Kabul, and is being built by the Power Grid Corporation, a public sector unit of the Government of India. This 220 KV double-circuit power transmission line from Pul-e-Khumri to Kabul will draw power from Uzbekistan to Afghanistan. “This project will bring 220 KV power to Kabul for the first time in Afghanistan’s history,” says V Shekhar, General Manager, Power Grid Corporation of India, at his site office in Chimtala at the northern outskirts of Kabul.

The Power Grid Corporation of India is building the most challenging part of the transmission line, which goes over the avalanche-prone Hindukush mountains. “We had to chose the correct locations for installing the transmission towers to ensure that these towers wouldn’t be damaged by avalanches. So, tower spotting was a difficult task. We had to also be careful about mines,” says Shekhar. Kabul has faced years of acute power shortage. But by October the Kabulis would be relieved when power comes through the 700 pre-fabricated towers shipped all the way from India. 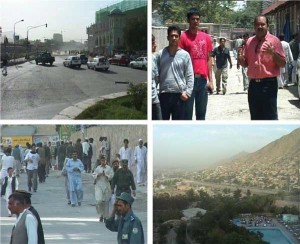 Near Salang, where the transmission line is 4,000 metres above sea level, Afghan workers and Indian engineers extend cables from one tower to another. This is the only stretch of work that remains to be completed. Stringing cables between two towers in this difficult mountainous terrain was a challenge, and the Power Grid Corporation has successfully demonstrated that it can undertake such complex technical projects and execute them successfully. Indian engineers have specially designed these towers and transmission lines to withstand extreme weather because the towers located in the Hindukush mountains are snowbound for eight months of the year. “This was a very difficult assignment, because, the transmission line passes through 4,000-metre high mountain range, and we have demonstrated to the world that we are second to none, when it comes to successfully implementing such challenging projects,” says Venkat Rao, a senior engineer.