The India factor in Afghanistan

In 2001 US and its allies launch the war against terrorism after the world is stunned by the horrific terror on the WTC twin towers in New York. Seven years later Osama bin Laden and Mullah Omar are still at large and Taliban has regrouped just across Afghanistan’s southern borders in Pakistan’s volatile Federally Administered Tribal Areas and North-West Frontier Province. “We want peace and security to rebuild this country that has been completely destroyed after 30 years of war but we will not allow people to cross our border and attack us. So, what we want is the possibility of hot pursuit of those who are crossing our borders and attacking our people and friends,” says Zalmay Rasoul, National Security Adviser, Afghanistan.

A new terror leadership has emerged in Pakistan with people like Beitullah Mehsud leading the Taliban revivalism along the Pakistan-Afghanistan border. The Pakistani Taliban is the new source of terrorism emerging from the tribal areas of Pakistan, staging beheadings of those allegedly collaborating with the Pakistani security forces and launching a series of attacks across the Pakistan border on the International Security Assistance Force in Afghanistan. “Beitullah Mehsud is officially announcing in a press conference that we are going to bring jehad in Afghanistan that means what?”, asks Rasoul. 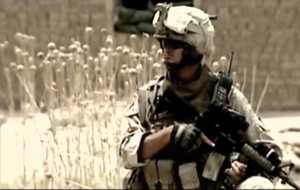 Local media reports in Afghanistan suggest NATO has increased the troop strength on the Afghan side of the Durand Line, after several American soldiers were killed by the Taliban in Southern Afghanistan, close to the Pakistan border. But it was the suicide bombing of the Indian Embassy on July 7, 2008 that forced India and the international community to revisit the close ties between Pakistan’s ISI and the Taliban. “I hold the ISI guilty I do not hold the Pakistan government per se necessarily as complicit in this but we’ll trust and verify, but I’m very clear in my mind the villain of the piece is the ISI,” says MK Narayanan, National Security Adviser, India. His counterpart in Kabul agrees. “I agree with Mr Narayanan in this view, I support it. The indications that we have suggest that the ISI was behind the attack on the Indian Embassy in Kabul,” says Rasoul.Intelligence sources told CNN-IBN that the 324 Field Intelligence Unit attached to the Peshawar-based XI Corps of the Pakistan Army was involved in the attack. Kabul city is crawling with Afghan secret service officials looking for Pakistani agents let loose by Adam Khan, the Kabul station-head of the ISI. The attack on the Indian Embassy, followed by series of Taliban strikes in Southern Afghanistan, killing scores of civilians and NATO troops, many of them Americans, provoked Afghanistan President Hamid Karzai to speak his mind: “We know who martyred people in Kabul. Now this has become clear. We have told the Government of Pakistan that killings of people in Afghanistan, the destruction of bridges in Afghanistan are carried out by Pakistan’s intelligence and Pakistan’s military departments.” 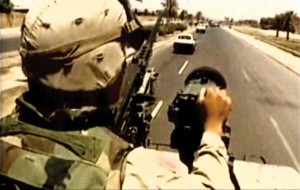 Karzai’s words had an immediate effect in Washington with President George W Bush making a candid observation: “Some extremists are coming out of parts of Pakistan into Afghanistan. And that is troubling to us; it is troubling to Afghanistan; and it should be troubling to Pakistan.” A resurgent Taliban is a concern for India too. “We apprehend that there will be further intensification of attacks. We have enough information that there are at least three or four specifically targeted attacks on our personnel including our two consulates at Kandahar and Jalalabad. I think on the long term basis we will have to look at really fortifying some of these places,” says Narayanan. India’s Foreign Secretary Shiv Shankar Menon who was in Kabul days after the attack said: “Every leader I met saw this as an attack on both India and Afghanistan. I told them (the Afghan Government) that our commitment to the reconstruction of Afghanistan is unwavering.”Strong commitments in Afghanistan need stronger security measures. India has deployed more numbers of Indo-Tibetan Border Police (ITBP). Their primary role will be to enhance the perimeter security of the Indian Embassy in Kabul and four other consulates in Afghanistan-Kandahar, Jalalabad, Herat and Mazar-e-Sharif. Likely employment of ITBP will be as under:-

The ITBP personnel undergo the same training and conditioning as army infantry units. As the force operates in the mountains it may have less problem acclimatising to Afghanistan. With the security of Indian missions being strengthened, both India and Afghanistan are keen to deepen their relationship. “We would like to expand multi-lateral co-operation with India.