“Our vision in next 10 years is to become top defence industry in the world...” – Baba Kalyani 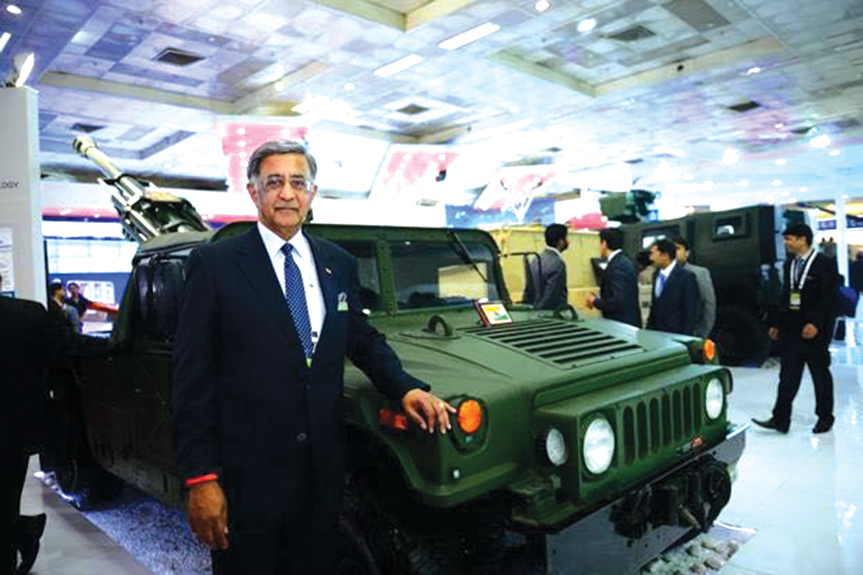 The Defence Expo 2016, held at Goa; a maiden attempt to get the world to see a different destination rather differently. Goa is famous for its sea beeches, sun and sand. Every year lakhs of tourists both domestic and foreign throng the state in the season extending from October to April.

Getting on to the serious business of defence in Goa, was not an easy task as per the Defence Minister, Mr Manohar Parikar. He added that, there was a huge opposition to this initiative initially, but was overcome by winning over the locals.

The Venue for Def-Expo 16 was prepared in a record time frame of 18 days. Speaking to the French and American exhibitors, we learnt that there were apprehensions in their minds initially. However, they were impressed by the setup and infrastructure created. Over a thousand companies participated in the Def Expo 2016. By any international standards Def-Expo 16, can be termed as a success out rightly, contrary to some claims otherwise.

The Russians came in full force but did not appear to have attracted the servicemen and others, as much like the Americans, French and the Israelis did. But the most exciting part of the excitement was presented by the Indian companies.

This time around, the Indian and the foreign media, was more and more interested in the technology showcased by the indigenous efforts. And so did the officers of the Indian Armed Forces who traditionally have not been too convinced by “Made in India”, were seen flocking the Indian manufacturers.

Everything imported is not the best, a myth well shattered by the beaming confidence and conviction held by Kalyani Group. True to its tag line “Driving Innovation”, the Kalyani Strategic Systems limited, had showcased “Made in India” as one of the best in the world.

Danvir Singh had a great opportunity at the Def Expo, of a one-on-one, with the Chairman of Kalyani Group, Mr Baba Kalyani. The interview is reproduced below:

Good morning to you sir, we thank you for taking out time for us from your busy schedule. How is it going at Goa?

Good morning and thank you very much for giving me an opportunity to speak to the prestigious defence magazine of India.

It is really going good. I am overwhelmed by the response this year. Lot more people, lot more companies; it’s been a success.

I had visited your setup at Pune last year. You have really made a mark in the defence sector very swiftly and rather boldly. Congratulation!

Thank you! It’s my products that speak for themselves.

I have learnt that you are trying hard for exports to Bangladesh and Nepal?

We are looking for exports everywhere in fact. You have heard it correct. On the vehicle side we are trying to export to Bangladesh and Nepal. Their army and their border guards require these specialists protected vehicles. This is one of the area where we have done a lot of work and that is one of the opportunity we are trying to seek.

Now we are also seeing a lot of business coming in the traditional items like the empty artillery shells. We are already supplying to the European countries. Likewise, many such opportunities are in line.

You have done an impressive work on guns and platforms!

Yes we have! The latest in our inventory is the 155 MM Calibre 52 gun. We have designed it and manufactured it completely indigenously. We had showcased it in last Def Expo, I am sure you would have seen it!

Unfortunately, we were unable to get our ordnance tested as we were unable to get firing ranges and related clearances. However, we could finally get that and tested our gun a few months back. We plan to launch it in November this year. The future trajectory will depend upon how and where we figure ourselves in the new Defence Procurement Procedure 2016.

Indian Dhanush along with other foreign 155 MM Gun Systems are competing to fulfil the massive Artillery modernisation plan. Where do you fit in that matrix?

This is what we exactly need to know. This answer has to come from the government and not me.

See! Why we are looking at it, that way? Answer is very simple. I look at what the Government of India(GoI) is messaging the industry, basically saying, please set up defence manufacturing, we want more products manufactured in India and lesser imports. Also we want the private sector to get into this. And we have taken this message truly.

We said ok! We are ready to do it and that’s the effort we have made, to make it happen. Now we are doing exactly what the government is saying. The ball is in their court if they want to use the indigenous manufacturing.

So you are optimistic, right?

Of course we are optimistic! We are optimistic for two reasons. Firstly, we make damn good products and secondly, we do that at 20-30% lower than anybody in the world. They are cost comparative and are of a very high quality. 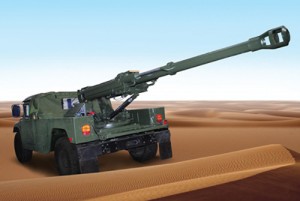 Can you throw some light on your R&D?

All this what you see here has come out of our own R&D. We have really put in a lot of time and effort. You see, our engineers have developed an Ultra-Light Howitzer, ready to compete with M-777 in a record time in less than a year.

Yes half titanium half steel.

Fantastic! So it is a unique effort when seen from the perspective of indigenous manufacturing under the ‘Make in India’ flag.

The government has to decide by seeing at what we are doing.

How about the metallurgy? Is it imported or is it a self-effort?

All ours! We are number one in metallurgy in the world. Why will we import? People will import from us. It is the strength of our metallurgy that makes our company number one in automotive spares worldwide.

So you are actually making us proud at the end of the day as an Indian?

We are only following the messages what the Government of India is giving us. Message of our Prime Minister, Mr Modi, is to ‘Make in India’, reduce import, make indigenous products. He is also asking us to innovate.

In this one-on-one, I take the message that our defense industry is very optimistic and the Kalyani Group is spearheading this change?

See! We talk less and do more.

What is your vision of ‘Make in India’ and what would you like to see for yourself?

Our vision in next 10 years is to become top defence industry in the world and not limiting ourselves to meeting the Indian requirements.

This can only be done when, first, our own country starts to buy our products.

This will give us experience and credibility on how our products perform.

So a lot depends upon the government. How seriously it is taking its own talk?

We wish you all the luck and may you win contracts to supply Artillery Guns systems. In that case may I finally ask you, how will you be able to match up to the Indian Army’s requirements in quantum, as the demand is going to be huge. Does the Kalyani Group have that capacity?

We have currently setup a plant to produce 100 guns a year. Today in India no one has that capacity. So tomorrow someone says, I want 400 guns a year, I will simply multiply it by four and set it up, just no problem at all. We have already setup a baseline which itself is large.

Finally! How has been the response to your pavilion during this defence expo 2016 so far?

Kalyani group has generated a lot of interest amongst the Indian and foreign media and uniformed personnel. Lot of interest has also been shown by the foreign global arms manufacturers. I am very satisfied and I grade it very successful.

Sir we thank you againg for sharing your thoughts once again.

Thank you very much. It was pleasure talking to the Indian Defence Review. 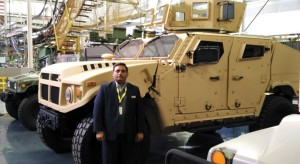 Speaking to Mr Anil Verma (Head of Defence Vehicles at Kaliyani group) on the side lines, we learnt that the Kalyani Group has been a traditional supplier over past 35 years, of components and subsystems to Indian defence. This includes a wide range of safety and critical components all types of Ammunition and Shells, Aluminium Road Wheels, Track Shoe Assembly for MBTs, Grad BM 21 Rocket Tubes, T-72 Crankshafts, Front Axle beams, Steering Knuckles, Transmission Parts, just to name a few. However, all these supplies were restricted to only component & sub system levels.

Kalyani group now is targeting the system level segment. Kalyani group has launched itself on a challenging journey by making major investments to take on the emerging challenges in the area of defence and to make our country self-reliant. With this as the aim, a new defence holding company has been formulated by the Kalyani group under the name of Kalyani Strategic Systems Ltd (KSSL). This will enable a dedicated and focussed approach towards realising the aim of becoming a leading defence player in the world.