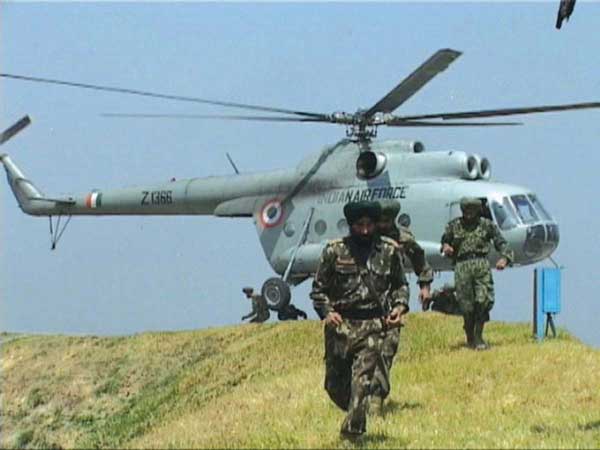 Before the advent of Christianity, the hill tribes of Assam practiced animism. An important consequence of the spread of British administration in the hills of Assam was undoubtedly the arrival of missionaries, which led to many hill tribes converting to Christianity. People in the Brahmaputra and the Imphal Valleys had already embraced Hinduism before the advent of British colonialists in North-east India.

The spread of Christianity in the hill districts of Assam followed the British administration. The East India Company was more interested in expanding trade in India than spreading Christianity or civilising the tribes. In the early days of colonisation the European community in India was bitterly opposed to missionaries, chiefly because they might have a disturbing effect on Indians.1 The Charter Act of 1813 laid down as a duty of the administration to introduce useful knowledge, help religious and moral improvement, reduce the powers of the East India Company and increase the control of the British Parliament over Indian administration.

The administration and the missionary worked hand in glove, one facilitating the work of the other. Interestingly, the spread of Christianity in the hill areas of North-east has been faster after Independence than before it.

Christianity thus came to the hills of the North-east as a consequence of administrative policy.2 The Welsh Presbyterian Mission introduced the Roman script and showed greater zeal for proselytising, as did the American Baptists, who encouraged the Assamese language and script. The abolition of East India Company’s powers in 1833 gave a fillip to mission work. During the British rule, the administration supported the work of missionary and subsidised the cost of education, yet the North-east was not open house for missionary work.

Mission work was prohibited in part of Garo Hills, unadministered area of Naga Hills, Arunachal and the plains of Manipur and until 1930 in Tripura.3 Political and social factors decided the extent to which proselytising was permitted. The administration and the missionary worked hand in glove, one facilitating the work of the other. Interestingly, the spread of Christianity in the hill areas of North-east has been faster after Independence than before it.

David Scott, the first Commissioner of Assam, brought some English missionaries to preach Christianity to the Garos. Major Jenkins, who succeeded David Scott as the Commissioner of Assam invited American Baptists to come to Assam. In 1836, Rev Nathan Brown, Miles Bronson and OT Cutter came to Sadiya to take up proselytising work, but did not make much progress amongst the Hindus and tribals (animists) of the plains. From Sadiya they moved to Sibsagar where they established a mission but here again the missionaries did not meet with much success. Bronson then moved to Tirap, where he concentrated on establishing a mission school to teach the Gospel to the Nagas, but had to leave due to death of his sister.4 By and large the American Mission remained confined to the Brahmaputra Valley, espousing the cause of Assamese language.

It was only after the arrival of Rev EW Clark that proselytising began to have some success. Encouraged by Clark’s success in baptising a few Nagas in November/December 1872, he was granted permission to open a permanent mission amongst the Ao Nagas. The first Christian village was founded at Molungyimsen in 1876, which was moved to Impur 10 miles North of Mokokchung in 1894. Clark served in Nagaland for nearly three decades and left Nagaland in 1911. He produced Ao-English dictionary and translated the gospels of Mathew and John in Ao language.

In the beginning of the 20th century, there was not a single Christian in Manipur but the decadal growth of Christians as a whole during 1961-71 was 83.66 percent.

Christianity spread well in Ao area but its progress was slow in the Angami and Lotha areas. In Angami area, Christianity spread much later in the beginning of 20th century.5 Angami language was reduced to writing in Roman script and Biblical work was translated in Angami. The American Baptist Mission entered Naga Hills only after 1876, when the hills had come under some kind of administration. As late as 1891 AW Davis wrote that Nagas were not inclined towards Christianity. In 1947 only 20 percent of the population was Christian in Nagaland; as against nearly 85 percent in 2005. 1991 census put the Christians at 87.47 percent of the total population.

Spread of Christianity in Manipur

In Manipur missionary work was started by American Baptist Church in 1894 in Mao area, three years after the administration was taken over by the British. They met with much resistance from the animists; the Meiteis of the valley had already converted to Hinduism and were against missionary work. However, the missionaries found the Tangkhul Nagas in Ukhrul area more amenable. Schools were built primarily to convert the hill Nagas of Manipur.6 By 1907 a strong foundation was laid in the hills of Manipur for the spread of Christianity. In the beginning of the 20th century, there was not a single Christian in Manipur but the decadal growth of Christians as a whole during 1961-71 was 83.66 percent. The Christian population of Manipur as per 1981 census was 34.11 percent of the total population.

In Mizoram, Christianity came in the closing decade of 19th century close upon the heels of the administration in 1890. Two British missionaries came to Aijwal in 1894 and opened two missions – one by Welsh Presbyterian and the other by London Baptists. The spread of Christianity in Mizoram has been phenomenal. In 1901 census, Lushai Hills recorded only 26 Christians in a population of 82,434. By 1981, more than 80 percent of Mizoram population had converted to Christianity.7 The Christian population of Mizoram as per 1991 census was 85.73 percent of the total population. The centenary of the coming of Christianity to Mizoram was celebrated with great fervor in 1994.

In Meghalaya, the first Presbyterian Church was established amongst the Khasis in 1841 and the American Baptist Mission in Garo Hills in 1864. Before the coming of Christianity, Khasis and Jaintias worshipped a formless God and referred to their religion as Niamtre, while Garos refer to their traditional religion as Sangrarek.8

The first Catholic Mission in the hills was German, which was opened towards the end of the 19th century but remained confined to Shillong. During the World War I, Italians replaced it. In 1933, the Catholic Church was opened in Tura in the Garo Hills. The Christian population of Meghalaya as per 1991 census was 64.58 percent of the total population. Incidentally, the influence of the Church of England in the hills is minimal.9

The Christian population of Meghalaya as per 1991 census was 64.58 percent of the total population.

Leaving aside the Buddhists, the rest follow Hinduised version of the tribal religion. However, many local people have adopted Islam through marriage and at present there is a sizeable population of local converts to the religion. The Hinduised tribes, who inhabit the state, are greatly influenced by the Bhakti Movement. The Ramakrishna Mission and Brahmo Samaj have established their missions in Meghalaya but their influence has been minimal.

The situation in Arunachal was somewhat different from other hill areas of the North-east. The indigenous people of Arunachal practice a form of worship called Donyi Polo, which is really the worship of omnipresent, omniscient and omnipotent and is described as the cause of all creations including air, water, earth, soil, trees and flowers.10 Because of the tensions and clashes, which the aggressive extension of missionary activities was causing in the area, the Arunachal Pradesh Freedom of Religion Act was passed in 1978.

This Act prohibits conversion from one religion to another by use of force or inducement or by fraudulent means. While putting a ban on conversion from indigenous faiths to any other religion, the Act describes the indigenous faith as such religions, beliefs or practices including rites, rituals, festivals, observances, performances, abstinence, customs as have been found, sanctioned, approved, performed by the indigenous communities of Arunachal from time these communities were known and includes Buddhism as prevalent among the Monpas, Sherdupkens, Khampas, Khampatis and Singphos, Vaishnavism as practiced by Noctes and nature worship including Donyi Polo as prevalent among the indigenous people of Arunachal.