Navies in the Indian Ocean 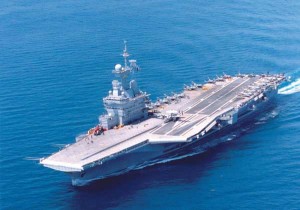 To understand the role of the Navy in the 90s it may be important to review the circumstances in which the Navy was required to operate in that time “” especially with regard to the increased presence of other navies in the region.

By the early 90s, the Indian Ocean had a marked central presence in the affairs of the world, not just from an economic but also a military point of view. Not surprisingly, the region abounded with the presence of many navies. The Indian Navy was a significant force in the Ocean with an expanded sphere of operations. The US, with a base at Diego Garcia and owing to its naval operations in East Asia was also a dominant player. Britain (that formed the British Indian Ocean Territory, way back in the 60s) had since reduced its presence. The French possessed vital territory in the form of some critically positioned islands. The Chinese, the Japanese and other regional navies were also beginning to realise the oceans strategic significance and show interest in the region.

The phenomenal rise in interest in the Indian Ocean had its roots in history. The question of its dominance, really, harks back to 1945 when, at the end of the Second World War, a cold war erupted between two powerful countries “” USA and USSR. This confrontation, which was primarily a conflict of competing interests and overlapping ambitions, ended with the dissolution of the latter and Russia emerging as the largest (but militarily weakened) constituent of a new confederation.

Chinas growing economy needed to ensure uninterrupted energy supplies. To secure themselves against disruptions through the sea route, the Chinese were in the process of developing overland pipelines.

Throughout the Cold War, the over-riding goal of US policy in the Indian Ocean was to safeguard the supply of Persian Gulf oil to the US and its allies. This was to be achieved by strengthening the Persian Gulf monarchies and sheikhdoms and by positioning forces to deter and counter any Soviet threat from landward to seize the oilfields.

From the 1960s onwards, Britain and the US ensured that as the British Navy withdrew from the Indian Ocean, the American Navy took its place. In the middle of the Indian Ocean, Britain carved out a British Indian Ocean Territory from the Chagos Archipelago to enable Diego Garcia to be leased to the US Navy. The pro-US monarchies in Saudi Arabia and Iran were encouraged to build up their navies.