Home  >  Interviews  >  MBDA Arms the Rafale: Interaction with the Editor

MBDA Arms the Rafale: Interaction with the Editor 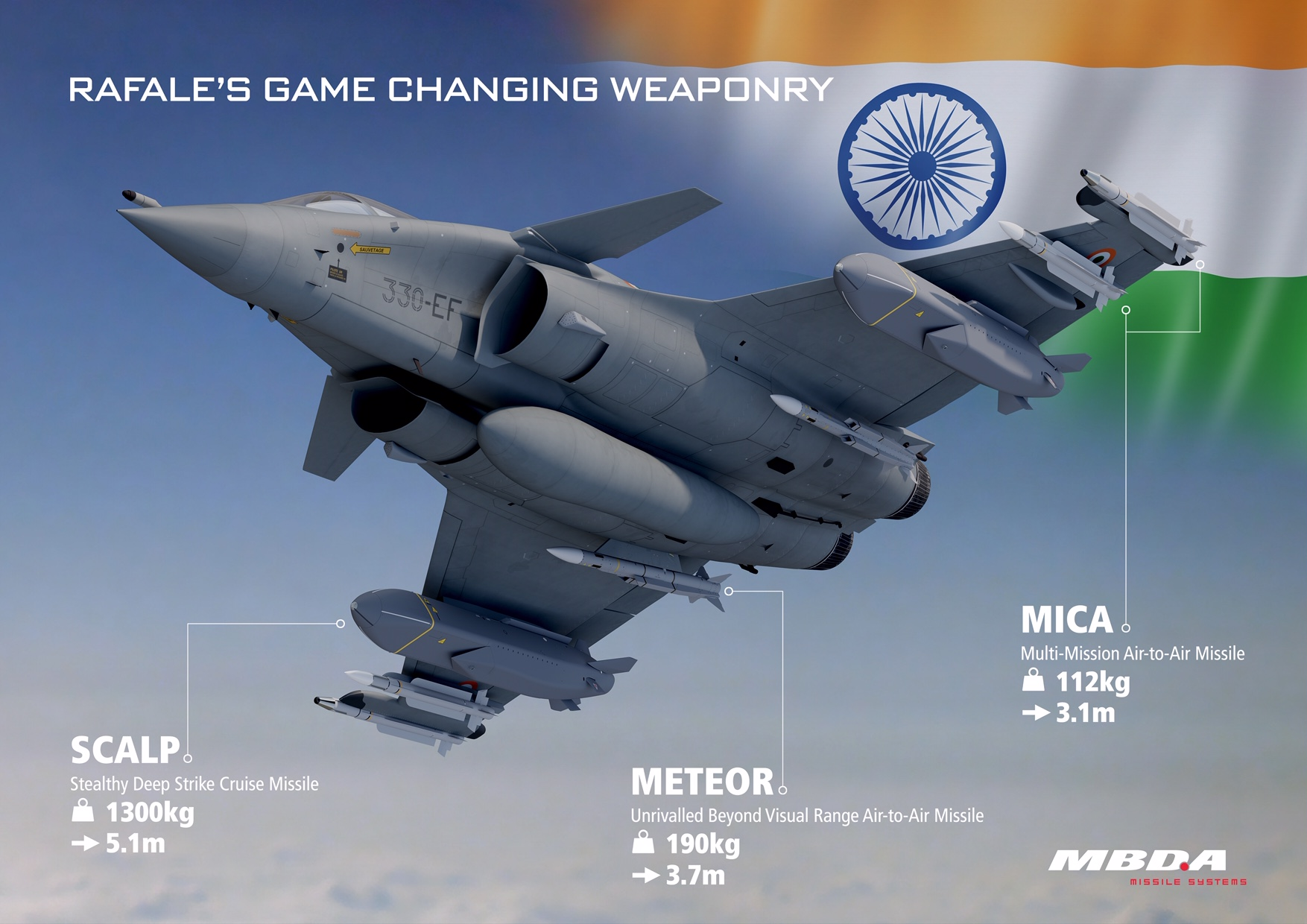 The METEOR is a very long-range air-to-air ram-jet powered EM missile. How will its combination with the Rafale weapon system contribute to a real paradigm change in air- to-air affairs?

India’s Dassault Rafale combat aircraft will provide the Indian Air Force not just with a fast and agile modern fighter but one that comes armed with a highly potent set of weapons from MBDA that are unrivalled by any of India’s neighbours. The most famous of these weapons is the Meteor beyond visual range air-to-air missile, which is widely recognised as a game changer for air combat. The Meteor is powered by a unique rocket-ramjet motor that gives Meteor far more engine power, for much longer than any other missile. This means it can fly faster, fly longer, and manoeuvre more than any other missile – giving Meteor the ability to chase down and destroy agile hostile fighters at even the furthers of ranges. As a result, Meteor has a no- escape zone many times greater than any other air-to-air missile.

There was much discussion on the SCALP long-range stand-off missile during the Balakot air raid into Pakistan. How would it have changed the attack methodology of the raid and achieved assured destruction of the target? Would it also have generated images of the target before it penetrated and exploded?

India’s Rafales will also be equipped with the SCALP deep-strike cruise missile from MBDA. This stealthy weapon has proven repeatedly in combat its unerring ability to strike hardened and protected targets deep inside hostile territory – without the need for the Rafale to enter hostile airspace. SCALP’s operational effectiveness is the result of three key factors: its high survivability thanks to its long stand-off range, low observability and sophisticated mission planning system; its pinpoint terminal accuracy through its highly accurate seeker and target recognition system; and its terminal effectiveness provide by its powerful tandem warhead and multiple detonation modes.

Does the package also include the MICA? Except for range, what is the difference between MICA and Meteor?

The IAF’s Rafales will be equipped with MICA, a missile the Indian Air Force knows very well as it is also part of the upgrade package for the IAF’s Mirage 2000 aircraft. MICA is the only missile in the world featuring two interoperable seekers (active radar and imaging infrared) to cover the spectrum from close-in dogfight to long beyond visual range. Its ability to fly out to BVR in passive mode before the seeker locks on in the final stages of the end game has earned it the nickname “silent killer” as the target has little time to react or to deploy effective countermeasures.