Making of a General 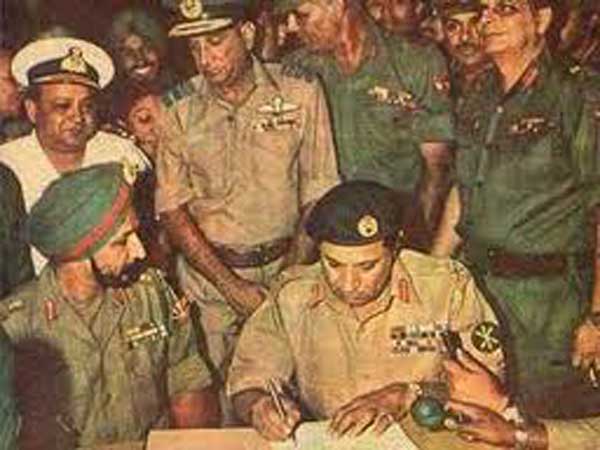 “The personality of the general is indispensable. He is the head, he is the all of an army. The Gaul’s were not conquered by the Roman Legions but by Caesar. It was not before the Carthaginian soldier that Rome was made to tremble, but before Hannibal. It was not the Macedonian phalanx which penetrated India but Alexander. Prussia was not defended for seven years against the three most formidable European powers by Prussian soldiers but by Frederick the Great”.  – Napoleon

History has proved again and again that no matter how large and supposedly powerful any armed forces may be, they can accomplish little without accomplished leaders. Babar defeated the hordes of Ibrahim Lodi at Panipat. Frederick the Great repeatedly defeated forces having twice his strength. General O’Conner defeated numerically superior Italian forces in North Mrica in the First Libyan Campaign and General McArthur turned defeat into victory at Inchon.

The role of any commander in battle is to defeat his enemy.

General Omar Bradley said “Man for man, one division is as good as another, they vary on the skill and leadership of their commanders”. The same is true for any brigade or battalion. The essential traits and character qualities of senior commanders thus merit detailed study so that selection and development of potential commanders can be more effective.

Military life and work, by its nature, is full of contradictions. On. one hand, the fact that a large number of men have to live and work together requires imposition of strict discipline under which they have to conform to well defined codes of conduct and function in a particular manner. On the other hand. the fluid nature of mechanised warfare, counter insurgency operations or air jiand battle calls for initiative, understanding and critical judgment, all these being the antithesis of conformity and authoritarianism.

The peacetime environment in the armed forces encourage the breeding of senior commanders who stick to rules, always conform to the wishes of their superiors and sacrifice their independence of action by first ascertaining the preference of his superiors on which to base his conduct. Peace time tends to produce anti intellectualism for intellectualism is seen as anti establishment. Thus Colonel (later Major General) F C Fuller of the British Army was denied the permission to write a book. Apt B H Little Hart, the well known author of military science was forced to retire. So was General Percy Hobart, one of the earliest authorities on tank warfare.

It is also necessary to guard against this syndrome by which officers like Lieutenant General B M Kaul rise to the top. This can only be achieved if the authorities have a clear understanding as to what goes into the making of a great general.

Role of a Commander

The role of any commander in battle is to defeat his enemy. To achieve victory in war, the commander has to be able to do the following:

The will to fight is perhaps the most important battle-winning factor. General G S Patton has aptly summed this by saying, “Wars are fought with weapons, but they are won by men. It is the spirit of the men who follow and the man who leads that gains victory”. In this book we have seen the effect of the leadership of Major R S Dayal, Lt Col Tarapore, Major Hoshiar Singh, to name a few on the outcome of battle.

George Washington said, “War must be carried out systematically and to do it you must have men of character activated by the principles of honour”.

There are many factors that motivate men like good weapon systems, numerical and technological superiority and adequacy of resources. But the most important factor is the leader himself. Napoleon, Slim, McArthur led defeated troops to victory. The traits and character qualities which enable a commander to motivate his command are honour, courage, confidence, benevolence, sincerity, own morale and determination.

The importance of integrating all elements of one’s command on the modern battlefield with its plethora of weapon systems and support systems is a challenging task. General Guderian was a master of the art and his Panzer forces highlighted the effectiveness of combined arms operations. We have also seen how the ability of 54 Infantry Division to integrate trawls with their Engineers enabled them to use them effectively to breach the minefield at Basantar, whereas 39 Infantry Division failed and lost their trawls. The concept is nothing new. Co­operation is one of the principles of war. The character qualities which enable a commander to integrate his forces are knowledge, vision, wisdom, objectivity, listening capability, perspective and patience.

Training is a battle winning factor. Frederick the Great could defeat forces superior in number because his troops could shoot three times faster than the enemy and march quicker. The Romans could build their empire because of superior battle drills of the Roman Legions.

A leader whose actions are motivated by considerations of career advancement or personal gains are easily seen through by their command and thus never enjoy their trust.

Our own armoured regiments equipped with the out dated Sherman and Centurion tanks won handsome victories at AssaI Uttar, Phillora and Basantar over he superior Patton tanks mainly because of superior training. The character qualities which enable a commander to train his command effectively are vision, strictness, persuasion and determination.

Surprise is one of the most fundamental principles of war which has been stressed from Sun Tsu to the most modern military thinker. Hannibal’s attack across the Alps, Mohammmed II’s ferrying of ships across land, the Normandy and Inchon landings have all highlighted the importance of surprise. Our own victories at Zoji La, Raj,auri Bayra, Dacca etc were largely due to our ability to surprise the enemy. Commanders who have successfully out thought, outwitted and out manoeuvred the enemy were all creative people. These great captains of war had character qualities like creativity, vision, conceptual ability, intuition, perspective and a high risk profile or boldness.

George Washington said, “War must be carried out systematically and to do it you must have men of character activated by the principles of honour”. Senior commanders must be standard bearers and must abide by the highest standards of conduct and selfless service. The concept of honour is complex. However, in essence it prompts trust and professional commitment. Some essential qualities of honourable men are:

General Manekshaws offer to resign rather than launch offensive against East Pakistan in April 1971 is a shining example of moral courage and selflessness.

Honesty. Commanders have to be honest. Honesty is difficult to define. There is a fine line between perks of office and misappropriation of government funds. There is no need to forego the perks of office to be honest. At the same time, taking away mess or regimental property, use of regimental funds for purchase of private items or not paying mess bills will hardly enhance the image of commanders. Honesty is necessary not only in financial terms but also in dealings. Honesty in performance appraisal, examining merits and demerits of plans and problems is equally important. Favouritism must be consciously avoided.

Truthfulness. A man of deceit, who forgets his commitments as soon as he leaves the scene, who makes false promises and gains cheap popularity can never enjoy the trust of his command.

Selflessness. A leader whose actions are motivated by considerations of career advancement or personal gains are easily seen through by their command and thus never enjoy their trust. Alexander’s pouring a glass of water offered on to the sand in front of his thirsty soldiers did wonders for their morale. General Manekshaw’s offer to resign rather than launch offensive against East Pakistan in April 1971 is a shining example of moral courage and selflessness.

Dependability. Troops willingly follow a commander on whom they can depend, whom they can trust. It goes without saying that example is more important than precept.

Faith, trust and admiration are feelings that the command must feel for their commanders. The great captains of war were, without exception, honourable men.

Courage is of two types, physical courage or gallantry and moral courage to stand up for their beliefs and convictions. Both are essential for commanders. 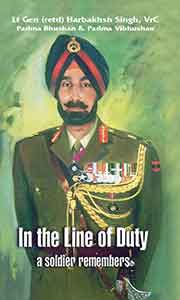 Physical Courage. Physical courage to face danger alongside the troops is an essential trait in successful senior commanders. Napoleon, Ronunel, Patton and Slim to mention a few and our own Lieutenant Generals Sagat Singh, Ranjit Singh Dayal and Z A Bakshi displayed it in great measure. It is interesting to note what General LK Truscott, US Army, had to say about the defeat of American forces by Rommel at Kasserine Pass; “One contributing factor to American reverses was the command method of most of the American commanders, who conducted their battles from a command post which they seldom left. Ft’;w commanders in higher echelons ever spent much time in personal reconnaissance, visiting troops or inspecting dispositions.”