When everything arrives together it may easily result in wastage of time and money. There may be sophisticated equipment lying unpacked in a corner because no one knows how to use it. There could be other equipment in the open, covered with tarpaulin sheets, because there is nowhere to keep it. A minor problem might render a system unserviceable, but nobody knows how to rectify it. Meanwhile the warranty clock continues ticking.

The Indian Air Force (IAF) completes 79 eventful years and enters its 80th on October 8. The world’s fourth largest air force is on the threshold of a remarkable transformation that should be complete by 2020-2025. This is probably the first time in its history that so many new aircraft are being inducted and so many upgrades are in progress or planned. That’s not all. A range of other sophisticated equipment is also scheduled for acquisition.

From 1990 onwards, apart from the Su-30MKI combat aircraft and the Hawk Advanced Jet Trainer, the IAF has seen no major inductions. Meanwhile it has been bleeding squadrons. Though its current strength on paper is around 34 squadrons, the number it can actually field in combat may be only close to 30.

The IAF modernisation agenda encompasses combat aircraft, transport aircraft, helicopters; force multipliers such as Airborne Warning and Control Systems (AWACS), Flight Refuelling Aircraft (FRA), Unmanned Aerial Vehicles (UAV); air defence (AD) systems, space-based and network-centric capabilities. It is a far-reaching process intended to enable the service to be prepared for the entire spectrum of conflict over a wide area of responsibility for decades to come. Will it be so?

The dark clouds currently hovering over India’s political and economic scene may not seem to warrant a bright assessment of the future. However, the country has been through woeful times before and has always bounced back strongly. Despite possible setbacks, all major trends indicate that this is the Asian century, more particularly that of China and India. Some experts even believe that by mid-century India will be the world’s largest economy overtaking China and nudging the United States to third place. If they are right, a child born today will be in the prime of life when this happens.

That India is already a nuclear, space and regional power is clear. And its area of interest is no longer confined to its borders but extends to the Persian Gulf in the West and the Strait of Malacca in the East. Its armed forces can be a powerful influence to promote peace, security and stability in the neighbourhood. Its military might needs to grow in tandem with its economic influence so that it can shoulder additional responsibilities that developments in the region may warrant. Especially in a distant crisis, air assets are generally the first on the scene; hence the IAF is likely to make a major contribution to any such expedition. 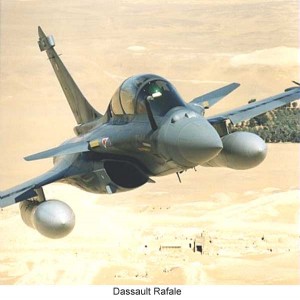 However, it scarcely seems appropriate to use words like “peaceful” “secure” and “stable” to describe the neighbourhood today. Pakistan, which still views India as a threat to its survival, is unlikely to be rash enough to launch major conventional military operations against this country – the mismatch of forces is too great. However, it has become expert at keeping the pot boiling – enough to hurt India significantly but not enough to invite military retaliation. At the same time, it proclaims that it is willing and able to defend itself against any “misadventure” (read military retaliation). India’s nascent rivalry with China could erupt in open conflict – perhaps over the unresolved border issue, perhaps over water resources, perhaps over economic concerns. There’s also more than a sneaking suspicion that in any future conflict between India and one of its adversaries the other will get involved, whether directly or indirectly. 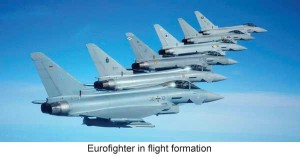 The government-sanctioned IAF strength is 39.5 combat squadrons, a figure that will not be reached before 2020. The IAF itself hopes for an increase to 42 squadrons, according to a recent report of the Parliamentary Standing Committee on Defence. Yet where does it stand today?

From 1990 onwards, apart from the Su-30MKI combat aircraft and the Hawk Advanced Jet Trainer, the IAF has seen no major inductions. Meanwhile it has been bleeding squadrons. Though its current strength on paper is around 34 squadrons, the number it can actually field in combat may be only close to 30. Three major fighter acquisitions are on the cards during this decade but it would be unwise to assume that they will materialise as scheduled. With acquisitions potentially delayed and MiG-21 squadrons due to be phased out by 2015-2017, the strength could deplete further.