It needs to be recognized that the near coastal belt, including the tidal zone and the immediate foreshore is at present a kind of no-man’s land, where neither sea-going nor land-based forces operate. This is unfamiliar terrain for all and it would be logical to have a Coastal Protection Force that would plug this jurisdictional gap. The Force would be able to integrate the surveillance and operations in the near-shore zone from sea by its coastal craft, and from the landward coastal strip by coastal patrols.

The separation of the responsibility for prevention of illegal entry through landings on the coast from the existing omnibus tasks of the Navy and the Coast Guard would have the advantage of not only removing vagueness in accountability, but also allow a task force entrusted with this mission to develop the special knowledge and skills, to train its personnel and to establish Standard Operating Procedures so that it can rapidly become proficient in this specialized role. Such a Task Force must be able to operate in the coastal sea-land interface, and operate coastal patrols, both on land and on the sea. This would provide the continuity in surveillance, coordinated pursuit and seizure.

The zones of responsibility of various agencies should be reviewed keeping in mind the ability of each agency to fulfill its assigned responsibility. At present port authorities have wide-ranging responsibilities, but lack the ability to discharge them. There have been instances of ships illegally breaking out of port, and the port authority concerned being powerless to prevent it till a Coast Guard vessel apprehended the ship at sea.

“¦the USA employs over forty thousand personnel in its Customs and Border Protection Force, and yet unofficial figures for illegal immigration, including from seaward, vary from figures of 70,000 to 100,000

According to a recent decision by the government the local Naval Command Headquarters has been given the responsibility of coordination and control of any operation involving violation of coastal security. This welcome measure will go a long way to clear the organizational uncertainty that is invariably the bane of any multi-agency activity.

In addition to such organizational measures the new coastal security strategy must include the establishment of a reporting network making extensive use of local governments down to the village level. As mentioned before, experience in the Second World War has shown that even with the countries actively engaged in war, commandos have succeeded in penetrating coastal patrols to reach their targets. Solitary small boats carrying commando-type militants cannot be detected and intercepted at sea with any degree of surety; it follows that a system of intensive surveillance at appropriate places along the coast must be maintained.

In recent times India has shown remarkable decisiveness while acting in defence of her maritime interests in the Western Arabian Sea. Similar boldness needs to be displayed in taking administrative and legislative action to advise and require all ships heading for Indian ports and passing through Indian waters to declare themselves and their cargo and passenger at specified distances from Indian reporting stations. This has long been the practice in American waters and the practice needs to be internationalized. All mechanized small craft should compulsorily be fitted with transponders for identification by coastal patrols.

The operational roles demanded of the maritime security forces of the country have changed in the recent past, calling for a careful review of existing maritime security structures and their capability to meet the changed requirements. Large ships with modern weapons and sensors are designed to prosecute war on the high seas and are unsuitable for deployment in the coastal zones where clandestine militants are likely to operate. 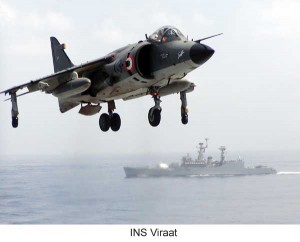 The Navy has a clear and permanent task – of national defence, and in the years ahead it will have to shoulder bigger responsibilities. It cannot afford to reduce its capability by restructuring to meet lesser threats, lest it lose its effectiveness in meeting the challenge of war. The Coast Guard, too has the clear role of maritime law enforcement in peacetime, and this is a task which it is hard put to cope with because of force level limitations.

A Coastal Protection Force needs to be created that is charged with the responsibility of detecting and preventing illegal entry through the coastal route. This belt of the sea-land interface is a separate and distinct operational zone which is presently a gap inaccessible to sea-based forces. The gap needs to be plugged by this force by a combination of coastal patrols on and off-shore, pursuit and seizure and surveillance and dissemination of intelligence.