The challenges that have been visualized and upon which the long term plans for the development of the Navy were based have been described at some length to show that the Navy has a very clear understanding of its role in peace and in war. In peace, the role is to maintain order at sea, project and promote interests, and to carry out humanitarian tasks when required. The wartime role is to combat the enemy when hostilities have been declared by the Government.

The post–Cold War scene has been characterized by ethnic and sub-national tensions and conflicts. One need not go into the details or merits of these conflicts here – what is relevant is that they have generated a whole new genre of sea warfare in which small groups of desperate fanatics cause destruction out of all proportion to their resources, and in the process tie national resources down in a prolonged asymmetric conflict.

A major difficulty being experienced by even the most powerful countries in the modern context is the emergence of extra-national militant groups or non-state actors as they are often called. The countries from which the groups operate are not in formal control of them, and can conveniently deny complicity or even knowledge of their activities when confronted. And as in the case of the November 2008 attack on Mumbai, they may well support the militant groups to further their own covert strategy while feigning action against them. Our neighboring country has for several years successfully hunted with the hounds in the international arena while holding with the hares closer home.

In this changed setting for naval warfare that is confronting us today, the threat is not from enemy warship formations, or what Gorshkov termed “Fleet on Fleet.” The threat emanates from the coastal area or transits through it, and the target, too, is situated in the coastal area. Thus the focus has shifted from the open ocean to the littoral. While something akin to this was first articulated by the United States, India received a painful affirmation of this reality when in March 1993 several coordinated bombs were exploded in Mumbai by attackers who infiltrated the unguarded western coast and transported explosives from the sea undetected by any coastal security agency. No remedial action was taken, and it is the recent attack on Mumbai in November that has raised the awareness to a sufficiently high level for this issue to receive serious attention. 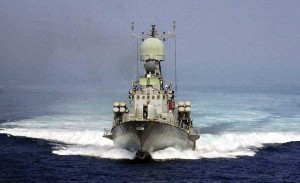 The difficulties of conducting an operation in such asymmetric warfare cannot be under-estimated. A structured, large fleet with highly trained, professional crews and armed with long-range weapons is ineffective against small groups of infiltrators who carry out sneak attacks in small open rubber dinghies. The lessons of the Second World War need to be relearned: saboteurs and commando attacks are best tackled at the point of entry, and not in the open sea.This would then point to the importance of effective and modernized maritime border management. The current management of maritime borders and seaward entry is premised on the cooperation of the subject who reports at the designated arrival points for examination and permission. The difficulty of detection and prevention of intruders from seaward is not readily appreciated by the landsman. Intrusion across land borders occurs despite hundreds of kilometers of fencing and roving patrols. In the vast expanses of the sea, small craft are distinguishable only at very small distances, depending on the time of the day and the visibility conditions.

The lessons of the Second World War need to be relearned: saboteurs and commando attacks are best tackled at the point of entry, and not in the open sea.

The average Indian knows little about the sea and does not know, for example that a country with such huge resources as the USA employs over forty thousand personnel in its Customs and Border Protection Force, and yet unofficial figures for illegal immigration, including from seaward, vary from figures of 70,000 to 100,000 annually! This is only to emphasize the difficulty of sealing maritime borders, which is not something that is understood by the decision-making levels of the government.

After the November 2008 attack on Mumbai there was an outcry of criticism of the maritime security forces for their perceived lapses in allowing a boatload of infiltrators to make their way into Mumbai harbor. The criticism needs to be heeded: but it also needs to be understood that there are multiple agencies, each with its own zone of responsibility and none of them are accountable to the other, nor is there any coordination among them. This organization, or lack of it, is outdated by many years and is obviously in need of re-structuring. An organization must be created that makes more use of the coastal villages, of the police along the coastal roads, and of traffic and excise outposts on these roads that will keep track of unusual movements of people. The variety and diversity of our country, in which the local dialect changes every two hundred kilometers can be taken advantage of to detect strangers in the area and create the basis of a reporting organization.

Operating in high-speed vessels close to the shore is a hazardous business, and requires special training and special craft. The Indian Coast Guard is well equipped in terms of the kinds of vessels it has for this role, but the number of vessels and helicopters is woefully inadequate for the task. The USA has a separate organization, the Customs and Border Protection under the Department of Homeland Security , which is responsible to prevent illegal entry into the country. In addition, the US Coast Guard, the state police and other organizations cooperate in this mammoth task of guarding the nation’s frontiers. In contrast the situation in India is confused, with no agency comparable to the CBP, and without a clear allocation of responsibility between existing organizations. 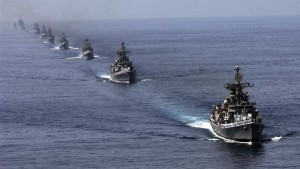 Apart from bringing about organizational clarity, there is a need to equip the forces with the kind of ships, helicopters and hovercraft that are needed to operate in the unique littoral environment. The Coast Guard, as has been mentioned, does have the right mix of vessels and aircraft, but its present force structure does not permit it to focus on the specific task of preventing illegal entry from the sea. Today terrorist organizations are targeting India because there is a perception of immunity from retaliation. This is an impression that needs to be disabused, erased by decisive action at the appropriate time. It is clear that the sea route has become an optional mode of ingress for terrorist attacks. To counter this, a number of measures need to be taken to make the maritime boundary security apparatus more effective.

Organizationally, it must be appreciated that the only two maritime agencies in the country were designed and have been developed to fulfill different roles. The prevention of illegal entry into the country involves immigration authorities, who are a branch of the police, the Customs, and the agency which has the authority to apprehend violators of the law. It has been the experience that a large number of offenders apprehended by the Coast Guard have got away scot-free because of the lack of involvement of statutory agencies. Such statutory powers need to be built into the structure of the force tasked to apprehend such wrong-doers so that the legal support is integral to it and apprehensions result in sentencing and punishment.