Home  >  Interviews  > Geopolitics  >  China: a new kind of superpower in the making

China: a new kind of superpower in the making 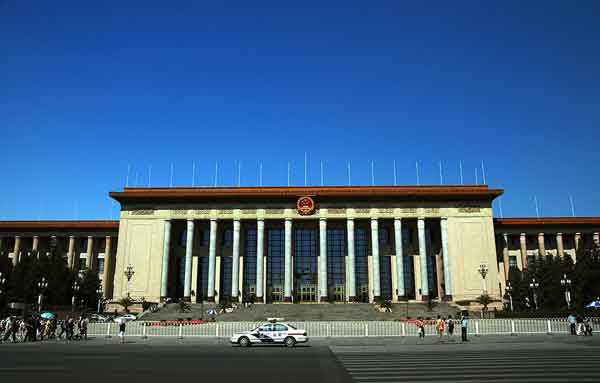 “The USA can defend its close allies in the Asia-Pacific region. But India cannot depend on the USA to bail it out. Washington has its complex foreign policy objectives whether correct or wrong, and can ditch India as Obama thought of doing in 2009.”

The Chinese Communist Party mouthpiece, the ‘People’s Daily’ (Sept 06) announced China’s latest challenge in an article titled “China Needs Powerful Carrier Killers”. It remarked “In a bid to protect its own strategic interests, China should not only build its anti-ship missile capacity, but also possess a range of other carrier-destroying measures as well”.

China has always maintained that development and security go hand in hand, and are interdependent.

Although the article names the United States and unnamed western states, the warning cannot be ignored by the smaller neighbors of China, who are perceived by Beijing to be coming under the new US influence challenge in the Asia-Pacific region. The article went on to say that, “China should let the world be aware that no foreign aircraft carrier is allowed to do whatever it wants to do in China’s waters”, but tempered it by adding it will not attack foreign aircraft carriers without a justified reason. In China’s political lexicon, its waters go beyond the UN Law of the Seas Conference (UNLOC) of territorial waters.

This kind of an article carried by the People’s Daily and its English language subsidiary, the Global Times, making it easily accessible to non-Chinese reading foreigners, cannot be ignored. Its implications are immense and can be stretched to other military and territorial areas. This article also said such capacity is necessary for an emerging power and is a necessary infrastructure for China’s military modernization.

China has always maintained that development and security go hand in hand, and are interdependent. This should be acceptable if a state ensures its security from outside attacks to concentrate on its economic, social and political development and stability. This is fair. But when a country starts going beyond its natural boundary and “covets the neighbor’s territory” and beyond, it becomes a cardinal sin.

China enjoyed a phenomenal economic growth in the last 30 years, pipping Japan to the second largest economy in the world, recently. Following its principle of mutual support, the economy put China’s military modernization on a fast road. It is now poised to set its foot prints in a large regional arc.

The astute Deng advised that while building power, China should not flaunt it, hide its capabilities, and wait for the right time; secure its position, and be calm…

China’s People’s Liberation Army (PLA) conducted its largest ever military exercise from the west of the country to the east, ‘stride 2009’, demonstrating that it had achieved complete security for its territory. The exercise comprised four of its seven military regions, the air force, rapid action force, warfare under informatized conditions, other para-military forces and co-opted the civilian sector. It is for the first time that the PLA inducted tactical nuclear force which are embedded with PLA forces and not the 2nd Artillery, its main strategic force under direct command of the Central Military Commission (CMC).

The ‘stride’ exercise was followed by its international naval review in December, 2009 to which 45 other nations were invited. For the first time the PLA Navy (PLAN) unveiled for public view its newest nuclear submarines the SSN type-093 and SSBN Type-094. Earlier, the PLA’s 60th anniversary parade had demonstrated China’s strategic nuclear muscle capability. New missiles displaced, especially the DH-10 nuclear tipped cruise missile suggested Revolution in China’s tactical nuclear warfare. More details of the DH-10 are expected to come out gradually.

The usually opaque Chinese military deliberately displayed some capability about where it was going. While the Americans and NATO found that China was still far behind in military technology, it did awe China’s neighbors. This was precisely the intention.

Skipping over a series of developments, suffice it to say that Beijing is concentrating on a bi-polar world context with China and the USA as the two poles. The concept is not new, but in the present context replicates USA’s Obama presidency’s proposal of G-2, the US and China, as the leading global players. In G-2, Beijing saw a trap that it was being ensnared to take equal responsibility in global affairs, especially economic affairs. This is a responsibility that China does not want, and insists it is a developing country quoting various statistics and parameters.

This is the practice of the age old Chinese Art of War (Sun Zi) ‘denial and deception’ strategy, but not necessarily in that order always. With its wealth of $2.4 trillion dollars in foreign exchange, holding around $800 billion US treasury bonds, and now buying up Japanese currency, and the second largest economy, it claims the position of developing country. On the other hand, supported by its huge modernized military it has started aggressively projecting its power.

The Chinese navy will soon be positioning its flag on a permanent basis in the Indian Ocean, a maritime area acutely relevant to Indias security and a strategic area for India.

With its economic and military power, and buying political support in both pariah and poor countries, China appears to be bent upon elevating the global competition between itself and the US. It could be an effective strategy for some time, but does not have sustainability for a long and effective period. For example, Rwanda and Sudan regimes are not sustainable. North Korea is as much a card as it is a headache. But a very strong drive in Beijing, despite recent bilateral problems with the USA, is to link its place as a junior competitive partner with the US. This reflects China’s genius. Emphatic emphasis on this level of relationship with Washington hammered day in and day out can convince many, especially how the White House responds.

Part of this is reflected by a recent article in the official Global Times (Sept. 12, 2010). The article, more seriously a policy examination, titled “US contraction offers China fresh opportunities” examines how China can benefit from USA’s cyclic contraction and expansion examined by America analysts years ago. The article points out that presently the US has entered a period of contraction, engulfed by its financial crisis, forcing it to relegate the war on terror, nuclear proliferation and other security challenges and challenges from emerging powers as a lower priority, and China can take advantage of this. The article accepts that the US is the only country capable of causing substantial damage to China’s national and internal stability, but a weak America unable to contain China will ease US-China tensions, allowing space to Beijing.

This article cannot be missed by China watchers. It makes clear that the US is the only country that can contain China, but is in a kind of decline at the moment because of its economic problems which US President Barak Obama is fumbling with. The writers of this article have identified the weakness of the Obama administration, but remained careful not to project when China can or will overtake the USA. Other countries are dismissed from this equation, but Washington is warned that it is not paying enough attention to other emerging powers that can challenge the US. Although these countries are not named the indications are very clear one would be India.

The article, however, is not the whole truth, but one that is trying to diminish other emerging powers and powers on decline, which are beginning to rise – Russia and Japan. Yet, hidden in such Chinese articles and diplomacy are subtle variants of deception. It encourages other powers and countries to adversely engage a third, while keeping itself out of direct involvement. China had earlier tried to pit Russia against the US, the US against the erstwhile Soviet Union, Iran and North Korea against the US and Japan.

China’s recent growing assertiveness should not surprise anyone. It was quietly growing from around 2004 and even earlier. While the PLA remains in control of the communist party, some subtle changes in the equation has been going on from about 1995. The PLA resisted new communist leaders as the Chairman of the Central Military Commission (CMC), till veteran leader Deng Xiaoping forced party General Secretary Jiang Zemin on them as the Chairman of the CMC, in 1993. But both Jiang Zemin and his successor Hu Jintao had to depend on the PLA for their political power. For this they had to pay a price – giving the PLA more say in territorial affairs, relations with the USA and Japan, and boundary/ border negotiations. While the PLA understands that they draw their power from the party, they have carved out a policy niche for themselves.

The Chinese intentions were clear when they started issuing stapled visas to Kashmiris of India for the last two years, while issuing visas on the passports of POK residents visiting China.

These changes became visible to the outside world from 2004. A debate emerged over the relevance of Deng Xiaoping’s 1991 dictum, “hide your strength, bide your time”. The astute Deng advised that while building power, China should not flaunt it, hide its capabilities, and wait for the right time; secure its position, and be calm; maintain low profile, never take lead.

An article by a security think-tank in China argued (2004) that Deng’s policy had served its time, and an economically and militarily powerful China should assert its place. It went as far as to argue that the region between the (Gulf and Middle East and Indian Ocean) Eastern Line and (Asia – Pacific region) Western Line should be China’s sphere of influence. This theory was also tested out informally by a Chinese military officer with the USA Pacific Command Chief in 2008. In fact, US President Barak Obama almost partially agreed to this postulate during his visit to China in 2009, suggesting Beijing could mediate in the affairs of South Asia. Apparently, wiser heads in Washington prevailed over Mr. Obama’s obtuse understanding of the dynamics of the region.

A clear indication of China’s growing ambition came again in 2004 in an official document titled “Historic Mission of the Armed forces in the New Period of the New Century”. This document re-assessed the party leadership’s strategic view, looking at retrieving territories that they claimed should be China’s and expanded the national security concept.