is a Research Associate at the Society for Policy Studies. He can be reached at aniketb@spsindia.in 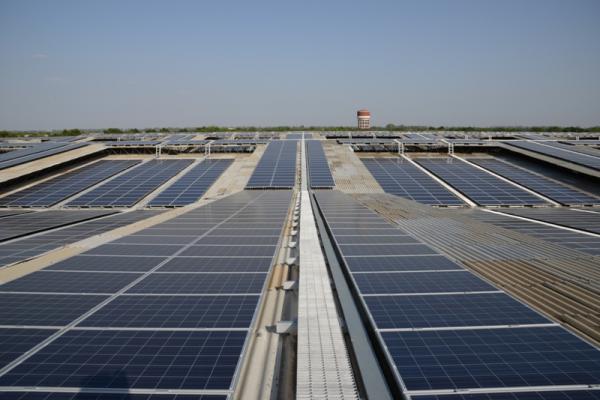 Indian Prime Minister Narendra Modi and French President Francois Hollande laid the foundation stone of the International Solar Alliance (ISA) headquartered in Gurgaon during the latter’s visit to India as a chief guest for 67th Republic Day. Modi and Hollande jointly announced formation of the ISA during Conference of Parties-21 in Paris the last year.

The ISA visualizes building a partnership between more than 120 countries situated between Tropic of Cancer and Tropic of Capricorn as they receive sunshine in abundance for around 300 days in a year.  Currently, 121 countries across the world are part of the ISA.  Renewable and non-traditional energy sources are one of the ways to confront the challenges of the climate change.

India’s ‘Intended Nationally Determined Contribution’ has set an ambitious target to scale up capacity of renewable energy from 30 GW in 2015-16 to 175 GW by 2021-22. In this, the share of solar energy is expected to be about 100 GW.  Indian government’s goal of ‘electricity to all’ can be achieved chiefly through solar energy and, hence, the government has launched a scheme for development of 25 solar parks, Ultra Mega Solar Power Projects and solar pumps for farmers.

Private players are also coming to the forefront to assist in the generation of solar energy. Hero group has asked many commercial groups and individuals to rent their rooftops for solar installations and in return gain power at cheaper rates. In India, investment in the solar energy is increasing and this is indicative that the country is emerging as a lucrative market for the solar energy. The price of solar energy has fallen sharply from INR 17 per unit  in 2010 to INR 4 per unit in 2016.

However, achieving the target of 100 GW of solar energy is a daunting task. There is a need to increase efficiency of solar photo-voltaic (PV) cells to 30-40 percent and this requires research and development in the field of solar PV cells. The ISA can anchor and take lead on this front. India has provided 5 acre land for the campus of the ISA and promised USD 27 million for constructing building, other infrastructure and meeting recurring expenditure for the next five years.

President Hollande suggested that the ISA is a gift of India to the world in its struggle to fight climate change. France will allocate USD 336 million over the next five years. France will also mobilize its companies, research organizations and diplomatic network to achieve goals set by the ISA. France is already involved in solar energy projects in India.

Hollande also expected that the ISA should work at pooling demand of solar energy to bring down financing costs and open their markets to reduce cost of investment and obtaining new technologies. Participation of developing countries from Asia, Africa and South America is the important feature of this alliance but developed economies are also enthusiastic about the ISA. This may help in facilitating technology transfer, an important hurdle between developing and developed group of countries.

Importantly, Morocco, poised to become a solar superpower with the launch of world’s largest concentrated solar power plant is not part of this initiative. Same is true for Germany, which produces 80 percent of its energy from renewable resources and almost 7 percent from solar energy, is not part of this alliance. Though Morocco is not situated between two tropics it receives ample amount of sunshine. It will be great to tap in expertise of both Germany and Morocco in the area of solar energy.

There are several challenges ahead of this courageous initiative. First and foremost challenge is to decide about tangible targets for the working of this alliance. A country’s specific legal commitment about export of solar panels and cheap solar technology needs to be discussed while signing formal agreement by June 2016.

Next, it is necessary to build a robust governance structure to realize the objectives of the ISA. The ISA needs to work on several innovative financial mechanisms to reduce the cost of capital and make the investment in solar energy more attractive. It is pertinent to note that investment worth USD 1 Trillion is required to realize the goal of installing 1000 GW solar energy by 2030. Private sector is envisaged to play an important role in this initiative as they are expected to contribute USD 500 billion.  The ISA needs to establish formal links with the corporate sector. At present few corporate like Areva, Engie, Enel, HSBC France and Tata Steel are part of the ISA.

In September 2015, the United Nations (UN) adopted the 2030 Agenda for Sustainable Development.  This agenda states that renewable energy must be given priority.  However, the UN has not created any specialised agency to focus on solar energy. The ISA may fill this vacuum and also satisfy the Indian ambition to spearhead as the global powerhouse in the domain of solar energy. Through the ISA, India also wants to send a signal to the larger world community that it can think and act beyond ‘coal’ in a proactive manner. The ISA is a bold initiative and we need to wait and watch to assess its success.