is a strategy consultant based in Cleveland, USA. He has been part of aviation industry for long. He has Masters in Mechanical Engineer, with an MBA from INSEAD, France. 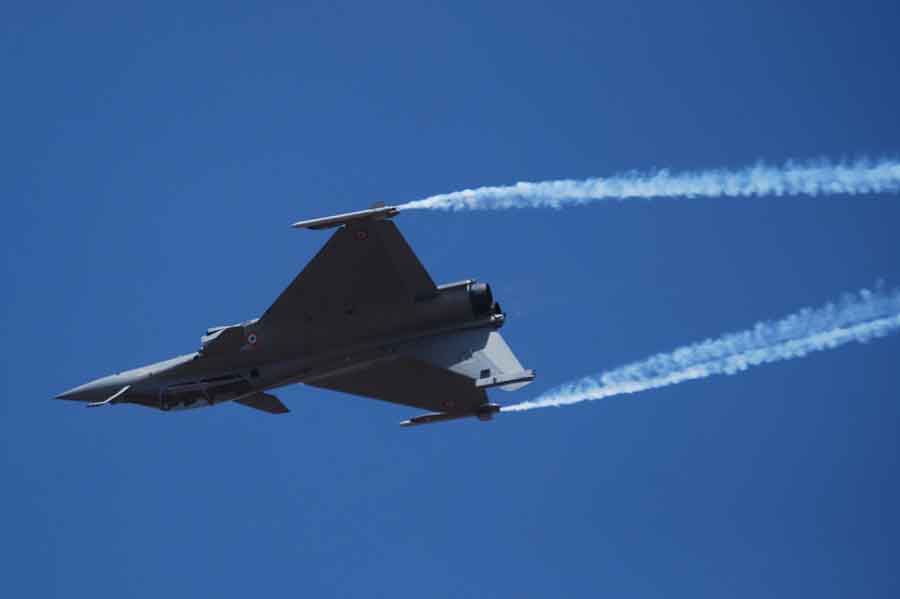 As India identifies the next supplier to IAF, the aircraft deal has become the mother of all deals. The eventual supplier will not only enhance its influence but also reap rich financial rewards. In terms of number of aircraft, this is perhaps the single largest contract ever.  India is spoilt for choices.

Although India purchased British and French jets in the past these were small numbers. The core of the IAF are Russian jets. First time in four decades the Indian Air Force will see a non-Russian jet alongside forming the backbone of the fighter strength.

Who is who of the major combat jet manufacturers are lining up to sell jets to India. Americans, a UK-German European consortium, French, Swedes, and Russians are all working hard to woo the Indian government. However for India it will be a thin line between creating indigenous capability and new dependency on a foreign supplier.

The country’s foreign office has the explicit task of remaining in the good graces of the supplier. The supplying country controls the parts supply and with exercising a quasi-veto over the country’s war making ability, greatly enhancing the selling country’s prestige and influence. For a buying country it’s a dependence on another country. No wonder fighter jet deals are often more about geo politics than pure commerce.

Decisions by Indian policy makers thus will not only impact the make-up of IAF but could also reshape foreign policy. Part of that change is visible. Continued decline of Russia at the global stage has caught up on a reluctant India. In a first, Russia lost out in the last aircraft MMRCA (Medium Multi-Role Combat Aircraft) tender, despite the lowest bid. Never before have the Russians not been awarded the biggest IAF contracts.

Although India purchased British and French jets in the past these were small numbers. The core of the IAF are Russian jets. First time in four decades the Indian Air Force will see a non-Russian jet alongside forming the backbone of the fighter strength. India’s ties with Russia will remain strategic as substantial defense hardware will continue to be Russian for a very long. However, Russia’s monopoly in the Indian skies has undoubtedly ended.

Who is replacing Russia? In the fray are the Americans, the UK and German led consortium, the French and the Swedes.

Who is replacing Russia? In the fray are the Americans, the UK and German led consortium, the French and the Swedes. Not only are the hardware offered by each very different, so are the political and strategic ramifications.  From India’s vantage point, the Swedish offer is predominantly commercial being the weakest country in terms of political and strategic value.

Sweden is not a permanent member of the UN Security Council neither an economic heavyweight. Gripen jets are powered by GE engines thus not free of the sanction-prone impulses of Americans. A partnership with Sweden will bring India little at the UNSC or other international fora.

To make the Swedish offer compelling, there needs to be substantial compensation elsewhere. Like a generous offer with complete technology transfer and unprecedented buildup of Indian aviation industry. Given SAAB has declared a desire to become an Indian company, one assumes Swedes are fully aware of their options.

The French Rafale offer and the UK-German led consortium with Eurofighter are better positioned as UNSC members and economic heavy weights. These countries place commercial interest’s almost equally with international politics which adds to the reliability of the historically dependable relationship. As a consequence the offers are less generous. Failing one of the key Indian criteria of development of an Indian industry.

The French have already dragged their feet on producing in India or transferring significant technology. The UK and Germany offer nothing very different. If any of these were the eventual winners, the Indian aviation industry will remain underdeveloped.

The US needs a military counterweight, and India simply needs to upgrade to not get overwhelmed by China. After investing trillions in China over the decades, the US needs newer investment destinations.

The Americans are offering the greatest amount of technology transfer and manufacturing in India with either the F18 or the F16. India will achieve a longstanding goal of enhancing its ability to design combat jets and develop an indigenous manufacturing capability. The Americans seem to have the best offer and the winning hand. However this is not all.

There cannot be the slightest doubt that American defense sales are just commercial. These sales are an in veritable part of American geopolitical strategy, and deals have clear political objectives. The subsequent supply of spare parts is brazenly a bona fide instrument of continued control. India developed Tejas aircraft already depends on GE engines. Selecting another American jet will dramatically reroute IAF’s lifeline from Washington effectively giving Americans a veto. Given the sanction-prone history of relations, Uncle Sam is seen as unreliable in India and is facing political opposition.

This is unchartered territory which no Indian government has ever dared to navigate. The cold math of real politics rather than platitudes should drive the future.

One mitigating argument against unreliability of American policy is China. China is increasingly asserting itself as a rival to US power in Asia and beyond which is a common concern for both countries. The US needs a military counterweight, and India simply needs to upgrade to not get overwhelmed by China. After investing trillions in China over the decades, the US needs newer investment destinations.

The IAF deal with jets manufactured in India not only meets but jumpstarts all the above objectives in one stroke. This is where the objectives of the two countries appear to align for the long term. It is this long term alignment of objectives that argues for reliability of American policy with India.

Technology transfer and manufacturing in India limits ongoing dependence on US for spare parts.

However, while China’s emergence as an economic powerhouse is a foregone conclusion, the future of the US-China relationship is not. While Chinese dispute islands and borders, they are not exporting ideology and changing regimes. Unlike the Soviet Union, the US is not containing China either. US continues to be one of the largest foreign investors and trading partner of China. McDonalds and KFCs dot the landscapes of Chinese cities. Early in his first term President Obama did announce an exclusive G2 club with China leaving out all other powers in the cold. Both countries benefit from globalization and a capitalist economy.

All this hardly qualifies as rivalry, at least not a black and white one. With mature leadership they can be less than rivals or keep oscillating between competition and cooperation. America’s economic interests with China are significant and several times bigger than with India. Despite best intentions there can be no guarantee that geo political expediency will not force Americans to engage with China at the expense of India. In face of such facts, constructing India-US security cooperation on assumptions of US-China rivalry would be akin to building on shifting sand. Indian reservations on becoming a de facto American pawn in the revolving US-Chinese relationship have merit.

How does India solve the dilemma of having US fighter jets without becoming a tool between America and China? Technology transfer for the jets to be manufactured in India is the answer. Technology transfer and manufacturing in India limits ongoing dependence on US for spare parts. Anything less than building genuine India capability will be a one sided deal that increases American leverage over China but leaves India vulnerable to the much more dynamic US-Chinese relationship.

Technology transfer would signal a commitment towards building India as a balancing power in Asia. It would generate confidence that India – US defense cooperation could be insulated from succumbing to short term US interests in China. Indian policy makers will do well to see the opportunity, while avoiding the traps and deliver a deal that will increase indigenous capability rather than increase countries’ dependency.