Indian Army and the Himalayan Ecology 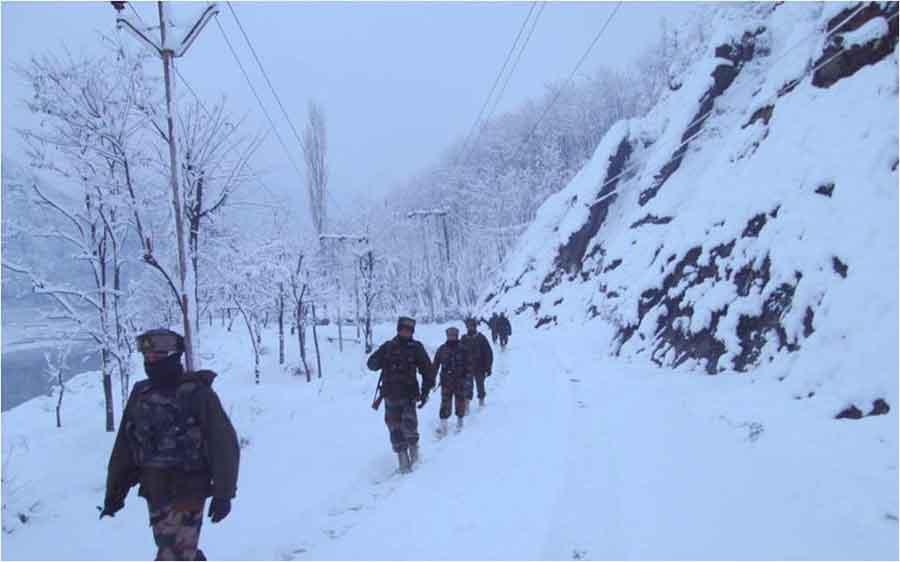 The permanent presence of troops is mostly in cantonments and field areas. The field areas are predominantly in mountainous terrain in the Himalayan region.  The role of the Army in cantonments is limited and does not require any major policy initiatives and directions. Environment related activities in Cantonments can be initiated at Formation and Unit levels.

…in the Himalayas, the Indian Army is a key stake holder and is in control of vast areas where it can exercise a major influence on the Himalayan ecology.

However, in the Himalayas, the Indian Army is a key stake holder and is in control of vast areas where it can exercise a major influence on the Himalayan ecology.  This note will therefore seek to examine the following:

Need for Army involvement in protecting the Himalayan ecology

The Indian Army has a large presence in the Himalayas and is therefore a stake holder in the Himalayan region. In case of Infantry battalions, it is almost a second home! Hence there is an ethical responsibility for the Army to protect the Himalayan Ecology.

The Himalayas are a strategic Defensive Barrier for India. The effectiveness of this Barrier will be degraded if there is a substantial reduction of snow and ice cover over the Himalayas due to Climate Change That apart, the rise in temperatures coupled with rapidly receding glaciers and reduced snowfall will have major implications for the nation, in terms of internal security. This will be due to massive influx of climate refugees from across our borders and also between regions in the country.

…substantial reduction of BC emissions will have immediate positive impact on the Himalayan climate.

Main Areas of Focus for the Indian Army

The Army will need to focus mainly on two areas:

Reduction of BC emissions

There is sufficient scientific evidence to show that Black Carbon [BC] emissions caused by inefficient combustion are a key driver of climate change especially in the Himalayan region.[BC is the term used for minute soot particles (aerosols) in the atmosphere]. In fact BC emissions are responsible for up to fifty percent of climate change effects in the Himalayas. Unlike CO2 which lasts for several decades in the atmosphere, BC has a lifespan of only two weeks and has a regional and local impact. Hence, substantial reduction of BC emissions will have immediate positive impact on the Himalayan climate. There is ample scope for the Army to reduce BC emissions. BC emissions reductions can be under the following heads:

There are several alternatives to the existing methods used for cooking and heating on army posts. These can be incorporated with suitable modifications for field and high altitude conditions. This will also help to reduce dependency on fuel wood from areas close to the posts and will contribute to protecting the Himalayan forests.

The affects of BC emissions in High Altitudes will be more severe due to the fact that the human lungs are already stressed for oxygen in the rarefied atmosphere.

Thousands of Army Vehicles ply in the Himalayas every day. These are major sources of BC emissions, especially in remote High Altitude areas where the bulk of the vehicular movements are for maintaining army formations. There is tremendous scope for reducing BC emissions through improved fuels/bio fuels and by simple modifications to the engines. While improved fuels/bio fuels would be a major exercise with high costs, engine modification may be a better and more practical alternative.

The Border Roads Organisation is constantly engaged in construction and maintenance of roads in the Himalayas, including the core areas.  There are heavy emissions of BC due to obsolete methods used for heating the bitumen. Alternative methods and cleaner technologies need to be adopted

Inhalation of BC emissions is extremely damaging to health. Reducing BC emissions will therefore have a direct health benefit for troops and personnel of BRO. This is particularly relevant in High Altitude areas where troops rely on kerosene bhukaris etc. The affects of BC emissions in High Altitudes will be more severe due to the fact that the human lungs are already stressed for oxygen in the rarefied atmosphere

Over the decades, the Himalayan forests have seen severe degradation due to a number of factors. Restoring the Himalayan forests to their original glory will have several benefits. It will help in stabilizing the climate, rejuvenate mountain springs and prevent siltation of rivers. Good forest cover on mountain slopes will also reduce the incidence of avalanches.

Climate experts have warned that the Himalayas could cross the ‘Tipping Point’ in a time frame of about five years if timely efforts are not made for reduction of emissions.

However, it would be unfair to involve the troops directly in forest restoration work. Most of the units that are deployed are short of manpower and already overstretched due to their operational tasks. The forest restoration work should therefore be entrusted to Ecological Territorial Army Units.  The Army could recommend the number of Eco TA units for each of the Himalayan states. The deployed formations and units will be able to facilitate the work and functioning of the Eco TA units in the field areas.

Recommendations for formulating and executing a time-bound action plan

The initiatives for protecting the Himalayas need to be carried out with a sense of urgency. This is mainly due to the fact that the Himalayas are especially vulnerable to Climate Change. Climate experts have warned that the Himalayas could cross the ‘Tipping Point’ in a time frame of about five years if timely efforts are not made for reduction of emissions. Therefore the Army will need to formulate and execute time-bound action plan in coordination with other agencies without any loss of time.

There will be a need to involve various branches/directorates of the Army as well as organisations such as Border Roads Organisation, Defence Research Development Organisation, [DRDO] etc. The DRDO will be in a position to play a key role in introducing appropriate technologies. This will require coordination and leadership at the highest level. Hence it is recommended that the overall responsibility should vest with the Vice Chief of Army Staff [VCOAS].

Protecting the Himalayan ecology with particular reference to Climate Change is an area where the Army can play a key role.

In order to cut down on procedural delays and to facilitate decision making, it would be ideal for the VCOAS to convene periodic meetings of concerned agencies in order to formulate a time bound action plan. Thereafter, the VCOAS will need to ensure a mechanism of constant review and feed back to monitor the implementation and to make any changes as necessary. Detailed coordination will have to be carried out by the Director Policy, Army Ecological Cell.

The Indian Army is a major stake-holder in the Himalayas. Protecting the Himalayan ecology with particular reference to Climate Change is an area where the Army can play a key role. The Indian Army can indeed provide the much needed leadership to the Nation for this vital and challenging task.