India : Up above the Sky so high 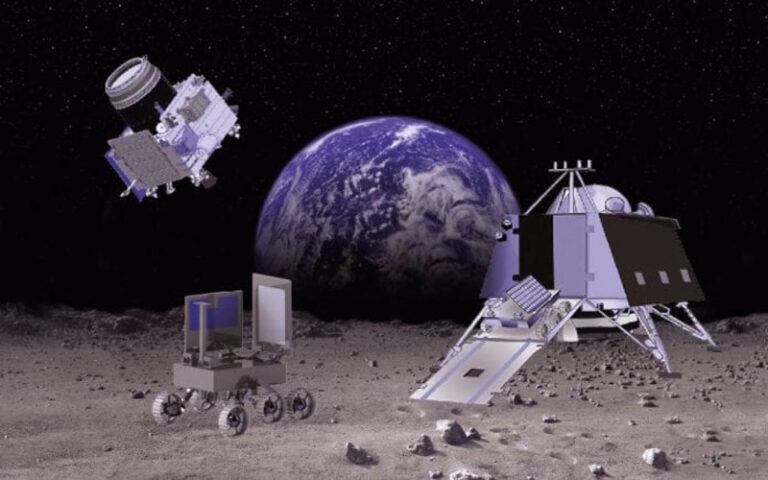 India created history when the Indian Space Research Organization (ISRO)   successfully launched it’s heaviest rocket Launch Vehicle Mark-3 (LVM-3) PSLV on 23 Oct 2022 carrying 36 satellites and launched them into space successfully. This was the highest number of satellites ever launched from a launcher vehicle. 135 Crore Indians including the President and the Prime Minister of India put their hands together to applaud the efforts of ISRO scientists.

In 1960, the thought of just inventing space technology was far-fetched and nearly impossible for Indians. Pt. Jawaharlal Nehru considered scientific advancement as an important component of India’s future, started the space research program in 1961. Till the end of 20th Century, India was still perceived as a place for outsourcing work not because of superior science and engineering skills but because of a cost advantage. We converted this threat into opportunity in 21st Century and today India is most economic launch-pad for space missions and satellites in the world.

As India joins the elite group of space-faring nations like USA, China, Russia and Europe, it’s battle in the space race is to regain and celebrate national pride. The space success also confirms that the nation has become self-sufficient in developing its own technologies.

Dr. Vikram Sarabhai formed the Indian National Committee for Space Research (INCOSPAR) in 1962 and   set up the Thumba Equatorial Rocket Launching Station (TERLS) in Thiruvananthapuram for upper atmospheric research.  The maiden flight of rocket was launched from Thumba on 21 Nov 1963. The launch was just like a miracle for Indians and marked the great launching of the Indian Space Program. INCOSPAR then grew and became the Indian Space Research Organization (ISRO) on August 15th, 1969.

The world looked up to applaud India’s feat when it achieved the rare success of launching record breaking 104 nano satellites into orbit, from a single rocket. The success story in demonstrated technologies was written with the development of PSLV. It soon became the workhorse launcher for satellites, with a high success rate. As ISRO launched many satellites in quick succession, with increasingly   payloads, India established itself as a   as a reliable and cost effective place in the world for satellite launches.

As we celebrate “Azaadi Ka Amrit Mahotsav”, let’s look back at this arduous space journey of 75 years and flag the discoveries that put India on the global map.

Dominance of space is the new buzz in the 21st Century. It is perceived that future wars will witness aerospace as the new battlefield and hence the race to dominate space. An advancement in the space domain is seen as an lead demonstrator in military technology. Hence the ‘space race’ to dominate the space for future warfare.

In March 2019, India successfully tested an anti-satellite weapon. Perhaps more significantly, India established two new space agencies in 2019: the Defense Space Agency (DSA) and the Defense Space Research Organization (DSRO). The DSA is organized to perform duties of integrating space assets from the three services and developing strategy for space dominance and space warfare, whenever it happens. The DSRO is a research organization geared toward facilitating the development of civilian space technology for military purposes.

The country is working to increase its military capabilities in the space domain to assert itself as a potent regional power in the future while pursuing its goal of becoming a global power. With every country competing to win this space war, India too does not want to be left behind. India has launched more than 80 spacecraft since its maiden launch in 1975. There is a need to improve the military’s space assets. However, budget constraints have kept India’s defence-related space capabilities in their infancy. In the coming years, India needs to strengthen its space dominance to have the capacity to at-least stop its enemies’ coercive space acts.

Search for Life in Universe

The long-term survival of the human species (maybe in the body of robots) lies not on Earth but in outer space. The uncertainties of living on a precarious blue planet are too great to not find ourselves new homes that will help spread out the risk of extinction. With success of missions to Mars, humanity’s future survival   will be a bit more secure.

Cooperation amongst the space-faring nations under the UN umbrella could pave the way for research to establish human colonies on other planets of our solar system or may be beyond. Future collaboration in space research could lead to International Space Station or a sustainable colony beyond Earth. This may help in survival of life beyond the earth.

In order to achieve the above aim, we need to develop fully reusable space transportation systems, which can carry heavy payloads. Other technology we need to master include in-flight air collection, oxygen liquefaction, ramjet and scramjet engines, ascent turbojet engines and turbofan ramjet engines, and advancement in high-temperature lightweight materials.

ISRO is developing Next Generation Launch Vehicles with reusable energy and capable of lifting payloads upto 10 tonnes. It’s likely to be ready by 2030.  India also eyes setting up of own space station by 2035, a rare feat indeed. In the changing space security dynamics, India’s space program has developed credible launch capabilities.  Indian Prime Minister Narendra Modi has announced a Gaganyaan Project- which is an Indian Human Space Flight Program, intended to put astronauts in the space by 2024. If India manages to achieve this feat, it will not only bring laurel to the country but will also showcase ISRO as a leading player space player. Indian Government has increased the budget for its space program. The country is working to increase its capabilities in the space domain to assert itself as a potent regional power in the future while pursuing its goal of becoming a global power.

The perception of space security threats are increasing with belligerent   China at our doorsteps. In the future, India is likely to press ahead with its ambitious space goals to enhance India’s space capabilities and influence in global governance of space. This will lead India to focus on technology developments while also developing and nurturing space security partnerships with like-minded countries, maybe QUAD member states.