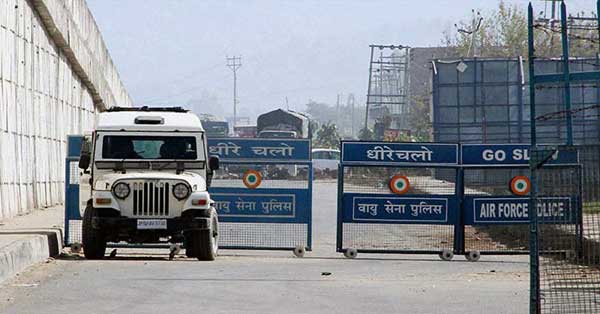 “You can change friends, but not neighbors”

This quote by the former Prime Minister of India, Atal Bihari Vajpayee is an apt reminder of the phases of turbulent relationship India has shared with her neighbors. Clearly, Pakistan was in his mind when he made this statement.

Year 2015 was greeted by the continuing ceasefire violations. The gunfire exchange continued till late 2015 and these numerous violations signaled for a moment that a protracted conflict was in making.

As India and Pakistan come close to their 70th year of freedom from the colonial rule, both the nations are still dragging their feet when it comes to bilateral relations and the years 2014 and 2015 were no different from the previous years.  When Narendra Modi became India’s Prime Minister following a landslide victory, his initiative to invite the heads of all SAARC nations to attend his swearing-in ceremony signaled the beginning of a new South Asian solidarity, especially the Indo-Pak ties as the Pakistani Prime Minister’s visit to India was the talk of the town. The bonhomie which both Modi and Sharif shared was quite remarkable and was followed by an exchange of gifts.

However, this warmth didn’t last long and thus began a long phase of border skirmishes, which gradually took an ugly turn with both nations accusing each other of unprovoked firing and ceasefire violations. Three months into the power, the Indian leadership called off the dialogue process with Pakistan when the meeting of Kashmiri separatist leaders with the Pakistan’s High Commissioner to India took place despite India’s opposition to it.  After a short lived excitement which seemed to gather momentum with the assurance of PM Modi for a stable Indo-Pak relationship, things started falling off the track gradually and 2015 was to witness more dampeners.

Year 2015 was greeted by the continuing ceasefire violations. The gunfire exchange continued till late 2015 and these numerous violations signaled for a moment that a protracted conflict was in making. However, a limited diplomatic connection did prevent this conflict taking a disastrous mode.

Added to this, two developments in Pakistan raised protests from the Indian side. The issue of Kashmir had been brought in limelight again, but this time it was the Gilgit-Baltistan region, which India has long claimed to be her territory and accused Pakistan of illegally occupying the region.  Pakistan’s gradual attempts to legitimize its occupation of the regions through elections prompted a strong reaction of protest by India’s Ministry of External Affairs.

…India was quick to negotiate a deal with Iran to develop its Chabahar port, lying a few miles west to the Gwadar port, creating suspicion amongst the Pakistani establishment of an Indian conspiracy to outcompete Gwadar.

The second jolt came in the form of  China-Pakistan Economic Corridor, a $46 billion deal to extend the strategic Karakoram Highway (the sole link between China and Pakistan) to Pakistan’s Gwadar port. The whole idea is to circumvent the lengthy maritime route through which ships bound to China have to cross Indian peninsular region and later the straits of Malacca, exposing them to Indian and American maritime zones of influence. The project being on the Karakoram highway was bound to attract an opposition from India. As a strategic counter move, India was quick to negotiate a deal with Iran to develop its Chabahar port, lying a few miles west to the Gwadar port, creating suspicion amongst the Pakistani establishment of an Indian conspiracy to outcompete Gwadar.

Moving into the mid of 2015, ties seemed to be improving when the two Prime Ministers met at Ufa on the sidelines of the Shanghai Cooperation Organization (SCO) summit held in July. The warm handshake between both and the following agreement to restart the official meetings again pointed towards mending ties. A fortnight later, a gruesome terrorist attack in Gurdaspur, a strategic town (comprising of the only road link to Kashmir) of north India derailed the dialogue process again.

Adding up to all of this, Pakistanis got enraged by the visit of PM Modi to Bangladeshi capital Dhaka, where he recalled  India’s contribution to the freedom struggle in erstwhile East Pakistan, due to which Bangladesh came into existence following the 1971 Indo-Pak war. This speech did become a bone of contention for Pakistan, which reminisced the days when West Pakistan saw its eastern wing cut off and made a separate nation, that is, Bangladesh.

The twilight days of 2015 too consisted of a bag of surprises in the Indo-Pak scene. On December 25th, when PM Modi was in Kabul to inaugurate the newly built Afghan Parliament, he surprised everyone by announcing a surprise stopover at Lahore to meet PM Sharif when he was en to route New Delhi. It was the first time in 11 years that an Indian Prime Minister was visiting Pakistan. Former Prime Minister Atal Bihari Vajpayee had visited Pakistan in 2004. Breaking the protocol, Pakistani Prime Minister Nawaz Sharif made his way to the Lahore Airport to receive his Indian counterpart, from where he was escorted to Sharif’s hometown to attend his grand daughter’s wedding ceremony. Coincidentally, 25th December also happens to be the birthday of PM Sharif as well as Former PM Vajpayee and from Pakistan. This move was a shift towards a new era of Indian diplomacy of using innovative channels to reach out to other nations. In fact, this unconventional move by PM Modi was termed as Innovative Diplomacy by Government of India’s Home Minister, being suggested as a more successful and closer form of engagement with Pakistan. Modi’s visit was came weeks after the India-Pakistan National Security Advisors’ meeting at Bangkok , which is said to be a stepping stone for increasing engagement between both the nations.

Seventeen years down the road, these attacks have landed the Indian establishment into a déjà vu situation, reviving the dilemma regarding her foreign policy vis-à-vis Pakistan.

However, a few days after this positive mood began to gain ground; two incidents have left the Indian establishment in shock and threaten to derail the constructive engagement (even if at a nascent stage), which had taken a considerable time to arrive at the bonhomie shown between these leaders on 25th of December. The first was an attack on the Indian Airbase at Pathankot (situated 40 Kilometers from the Indo-Pak border) on 2nd January, in the Indian state of Punjab, which shares its western borders with Pakistan. The next attack was on 3rd of January on an Indian Consulate located in Afghanistan’s Mazar-e-Sharif. It recalled the memories of 1999 when the then PM Vajpayee visited Lahore to reinvigorate ties but his return to India was greeted by the Indo-Pak war, followed by an army coup in Pakistan which overthrew the then PM Nawaz Sharif.

Seventeen years down the road, these attacks have landed the Indian establishment into a déjà vu situation, reviving the dilemma regarding her foreign policy vis-à-vis Pakistan. Coincidentally, the mastermind of the Pathankot attack is Masood Azhar, the same terrorist who had to be released by India in 1999 in order to rescue the passengers of the Delhi bound Indian Airlines plane IC-814, which was hijacked from Kathmandu and taken to Kandahar.  Though Pakistan claims to have initiated the process of apprehending those involved in these attacks, there is no concrete evidence of any progress. The Indian leadership has landed in a dilemma, still trying to figure whether the civilian leadership is indeed effective at all, as every opportunity which PM Modi has used to reach out to his Pakistani counterpart is followed by either ceasefire violations or a terrorist strike.