is a retired infantryman, blogs on security issues at www.ali-writings.blogspot.com. He is author of India's Doctrine Puzzle: Limiting War in South Asia (Routledge 2014). 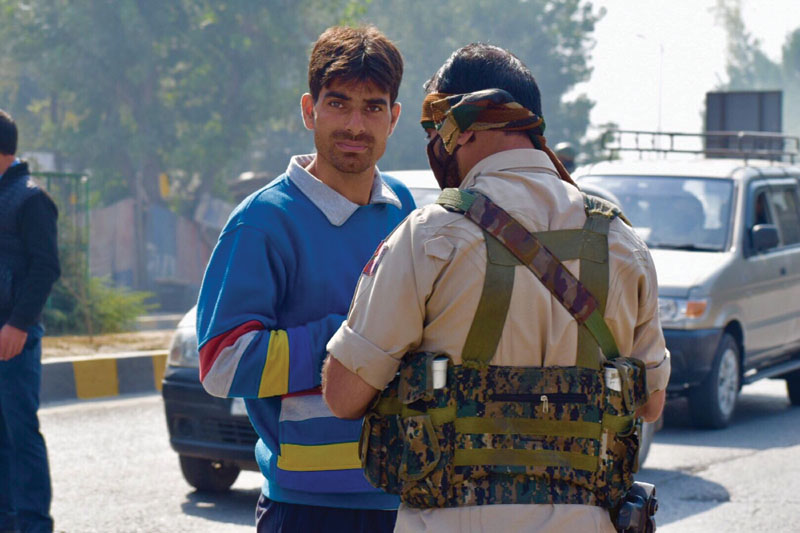 India’s civil-military relations are such that the military is left out of the policy loop but, almost as though in compensation, is allowed doctrinal and operational space. However, the three services – like the proverbial blind men of Hindoostan examining an elephant – end up appraising war through the prism of the respective domains – land, sea and air – each is predominant in. A Chief of Defence Staff (CDS), being first among equals, is not empowered enough to adjudicate.

Some of the areas that have emerged in India’s recent fledgling steps towards jointness can be illumined by an authoritative and a suitable referent. A national security doctrine can place ideational tensions – controversies if you will – that have emerged in the jointness debates in perspective; thereby, assisting the armed forces to take the next doctrinal and structural steps towards jointness with alacrity.

The story so far

General Bipin Rawat was tasked to further jointness, simply put as conducting military operations with an ‘All-for-one and one-for-all’ approach. There are two lines for bringing about change towards jointness: doctrinal and structural. The former approach builds on the periodic doctrinal products of the military, including that of the HQ IDS that have dealt with joint doctrine. Structural change could then follow. Hampered by non-availability of a higher-order doctrine, General Rawat privileged structural change as precursor to a meeting of minds over jointness.

Pushback on Rawat’s visualization of front-specific integrated theatre commands was quick. The Indian Air Force (IAF) has long held that the numbers of squadrons and aircraft were limited in relation to the scope of wartime operations. Their employment philosophy has been centralized control-decentralized execution, taking advantage of characteristics of air power afforded by air space: speed, flexibility and versatility. Were joint theatre commands to come up, it would add to procedural tedium, with turf battles decreasing responsiveness and heightening uncertainty that attends military operations.

As part of the debate, Rawat – perhaps inadvertently – sparked off acrimony with candid expression of his view that in a border conflict, the Air Force had a supportive role, likening the Air Force with support arms as artillery. On their part, an air power strategist argues that, “the IAF must be able to degrade and delay PLA … carry out interdiction of communication lines ranging from 150 km … fight to create and maintain a favourable air situation over a limited area … revisit all the classical roles of offensive airpower within a limited war framework.”

Alongside such support for the army’s  operations on land, the Air Force bids for continuing relevance as a strategic player, that – acting jointly – can deliver war winning advantages and outcomes. Not oblivious to developments in air power, it maintains that its roles of taking the war to the enemy through ‘parallel warfare’, comprising, inter-alia, an offensive strategic air campaign and counter air operations, must inform war strategy.

Similar in kind was the controversy in relation to the Navy. CDS Rawat favoured a sea-denial capability predicated on submarines, while the Navy plugged for a carrier battle group based sea-control capability. Its maritime strategy places sea control as the ‘central concept around which the Indian Navy will be employed’ for ‘strategic effect’. Naval strategists argue that in a conflict provoked in the Himalayas by China, India could take recourse to pressurizing China in the maritime domain. India must take advantage of India’s strategic location in relation to the sea lines of communication and bottlenecks in the Indo-Pacific.

A national security doctrine can not only dispel such ‘controversies’, but also preempt other doctrinal disagreements. From the debates is visible thrust towards conflict limitation. As the controversy involving the Air Force indicates, with air power pitching in, vertical escalation has to be reckoned with. Likewise, a maritime answer to a possible predicament posed by China in the Himalayas – of geographical expansion into the maritime domain – spells horizontal escalation.

Escalation implies more resources sucked in and higher political stakes. It has intrinsic dynamics that inevitably impact the bounds of a war originally intended as a limited one. However, acquiring capabilities that carry the war to the enemy enables being undaunted by the manipulation of the threat of escalation by the other side. This helps with deterrence, since an enemy would be doubly wary of taking on an adversary with human, physical and conceptual elements primed for escalation. Limitation implies having the capability for it for deterrence sake, but refraining deliberately as a policy choice.

Thus, there is a tension between war-fighting and deterrence, the capabilities and readiness for demonstrating either being much the same. The build-up of capabilities leads to an interstate contestation under a ‘security dilemma’, in which military related actions of one state are viewed as a threat and matched by the neighbour. This plays out in peace time as arms racing.

Capabilities are obtained over time and at a steep cost, in addition to a hidden opportunity cost. Weighing between the short haul preparedness and preparation over the long durée is required. Further, cultural change necessary to internalize makeovers takes longer.

Finally, the untimely departure of the protagonist of the process, General Rawat, and delay in the appointment of his successor indicates the salience of the triple-hatted CDS. Left untouched by Rawat was the command and control arrangement. India can neither revert to the British era commander-in-chief model nor can the CDS as Permanent Chair of the Chiefs of Staff Committee run a war by committee.

Though the Services have been tasked to submit studies, the bottom-up approach can do with some direction from top. These are issue areas that the Services would require political direction on. Instead of a blue-ribbon commission on defence reform, India has had a succession of committees since the Kargil War as substitute and has implemented many of the conclusions reached. A national security doctrine is an essential next step.

The government needs stepping up

Doctrinal conundrums do not necessarily have a ‘right’ answer. This necessitates political engagement, with politics as ‘the art of the possible’. A strategic doctrine defines the place of use of force in the broader national scheme. The policy maker can use the document constructively to elaborate on vexed issues holding up jointness. Further, the political master must follow-up by lending imprimatur to a joint doctrine and structures that emerge thereafter.

A government distinct in the way it approaches defence has an additional onus to be responsive on this score to calls from the strategic community. Political dividend is a low hanging fruit. National security reform with the national security doctrine as a central agenda item should figure in the creation of New India.

There is no dearth of draft afloat on such a higher order doctrine. In run up to the last elections, the opposition had articulated a national security strategy. Lately, even Pakistan adopted a human security-centric national security policy. Press reports have it that the National Security Adviser-led Defence Planning Committee, tasked with writing up the strategy, has a draft.

Even if the main document is kept confidential, as with the nuclear doctrine put in the open domain through a press release, it can be given out in an abridged form. The impending appointment of the next CDS provides an opportunity, with the Azadi ka Amrit Mahotsav as appropriate backdrop.