The author is Editor, India Review and Analysis. She can be contacted at nilova.rc@spsindia.in 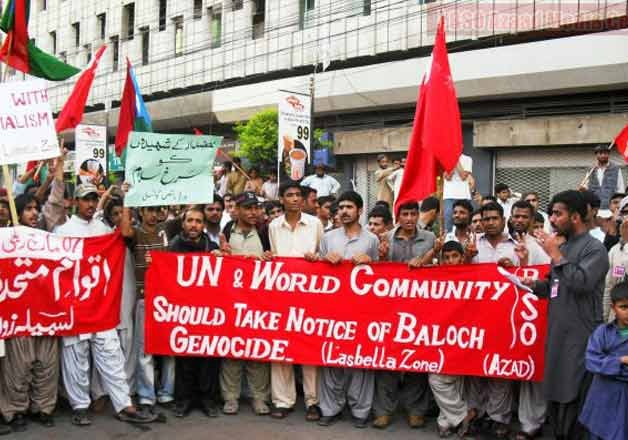 That Balochistan, the resource-rich southwestern province of Pakistan, has never been in the news nor captured global attention the way that Kashmir has is perhaps testimony to the PR capabilities of the Pakistani deep establishment. Or is it that since Balochistan was not an issue or a dispute between India and Pakistan, it was not so enticing and ensured that the myriad problems facing Pakistan’s largest state, territory-wise, remained away from the global spotlight?

Either way, consider the similarities: both the states have faced festering issues of alienation since the time both India and Pakistan became independent, and both countries blame the other for the problems they face in the states in question.

The similarities, of perception, however, end there.

Pakistan never reconciled to the accession of Kashmir to the Indian Union in 1947 and has tried everything in the dirty tricks department and more to keep the sovereign status of Kashmir as what it calls “disputed”.  From openly attacking the state to going to war and handing over territory to the Chinese, to whom they were beholden and, when all else failed, to sending terrorists to radicalise and foment trouble in Kashmir, Pakistan has done it all. Very recently, its prime minister even threatened a nuclear war over the issue!

On the other hand, it is the leadership and people of Balochistan who have, since 1947, never accepted their assimilation into the state of Pakistan and seek independence. India had nothing to do with the festering disgruntlement of the Balochis, who have seen discriminated against and deprived of their dues by the Pakistani state.

Now that India has moved to end the special status it had accorded to the state of Jammu and Kashmir within the Indian Union, Pakistan has desperately tried to internationalise the Kashmir issue again, forcing New Delhi to re-look at the Balochistan issue.

With New Delhi struggling to restore normalcy to what are now the Union Territories of Jammu & Kashmir and Ladakh and, with each passing day of the communications blackout, facing questions and increasing international censure, could trying to divert global attention elsewhere work?

As Prime Minister Narendra Modi heads out later this month to the largest global arena, the United Nations General Assembly, can the festering problems within Pakistan (Balochistan, Pakistan-Occupied Kashmir and Gilgit-Baltistan) and even China (Xinjiang) be highlighted to divert global spotlight away from Kashmir? Given the circumstances, that option appears almost a non-starter for New Delhi until it gets its own house in order.

Why can’t India begin by addressing the Balochistan problem at international forums, especially the heavy-handed suppression and continuing human rights abuses the people of that province face?

For India, that is the conundrum: the Pakistani establishment blames it for the unrest in Balochistan, citing the presence of Indian consulates in Kandahar and Jalalabad in Afghanistan, near the border with the troubled province as proof, a charge India categorically rejects.

India has never really had a policy to use the ire of the Baloch to catalyse into an effective liberation movement, in a manner similar to what happened in Bangladesh. The erstwhile East Pakistan was a much more densely populated and united region, strongly bound by its linguistic identity and strong civil society and democratic aspirations.

In contrast, Balochistan is sparsely populated, riven by rivalries between a variety of tribes like the Mengals, Murris and Bugtis, and no centrally unifying force. While they rose as one to oppose the Pakistan state in 2006, after the killing of Akbar Bugti, given the fragmented nature of the Baloch resistance movement, a Bangladesh-type operation appears untenable, at least for some decades.

At best, Indian consulates in Afghanistan are “listening posts,” to gather information about the situation within Balochistan.

Former Ambassador Rajiv Dogra, who has served in Pakistan and written two books about India’s western neighbour, said “Baloch anger is rooted in poverty and the systematic denial of opportunities by the Pakistani establishment. The longstanding indigenous conflict is against the Pakistan state,” said Dogra. “The current revolt is the fifth. Since 2009, more than 40,000 Balochis have gone missing, and over 10,000 have been killed.”

After Modi brought Balochistan back on the agenda in his Independence Day address to the nation in 2016, saying Baloch people had thanked him for speaking against human rights violations on them by Pakistan, it was expected that India would more actively take up the Baloch cause globally.

However, despite that mention of Balochistan, India did little diplomatically to help the Baloch cause. An asylum request by Akbar Bugti’s grandson, Brahumdagh Bugti, founder and leader of the Baloch Republican Party in Switzerland, remains in limbo.

In fact, analysts said, the situation may have become worse for the Baloch resistance, with Islamabad telling the global community that India has propped up the separatists. The recent US branding of and ban on the Baloch Liberation Army as a terrorist organisation may further complicate unity efforts among the various Baloch resistance groups.

Pakistan arrested former Indian Navy Commander Kulbhushan Jadhav in retaliation and, after a hurried trial claiming he was spying in Balochistan, sentenced him to death. He was saved from immediate execution when India denied the charges and approached the International Court of Justice, seeking a stay on his execution pending consular access in accordance with the Geneva Conventions, which was granted.

For India, strategically, an added dimension to the conundrum is the centrality of the Balochistan province to the Chinese grand plan of securing a direct route from its borders to the Indian Ocean, at Gwadar port. Obviously, India would not want the China Pakistan Economic Corridor, a large portion of which traverses Balochistan, to work out, although its objections have to do with the CPEC cutting through Pakistan-occupied Kashmir, which India claims is its territory.

Whether the CPEC and the increased Chinese presence in the province will work to cement the Baloch resistance into a more cohesive, united and coherent force remains to be seen, but it is clear that India will have to rethink its Balochistan policy and, while retaining a hands-off approach, see how it can effectively make the Baloch cause better known in India and worldwide.

One thought on “India must rethink its Balochistan Policy”