India is The Main Target of China’s New Border Law 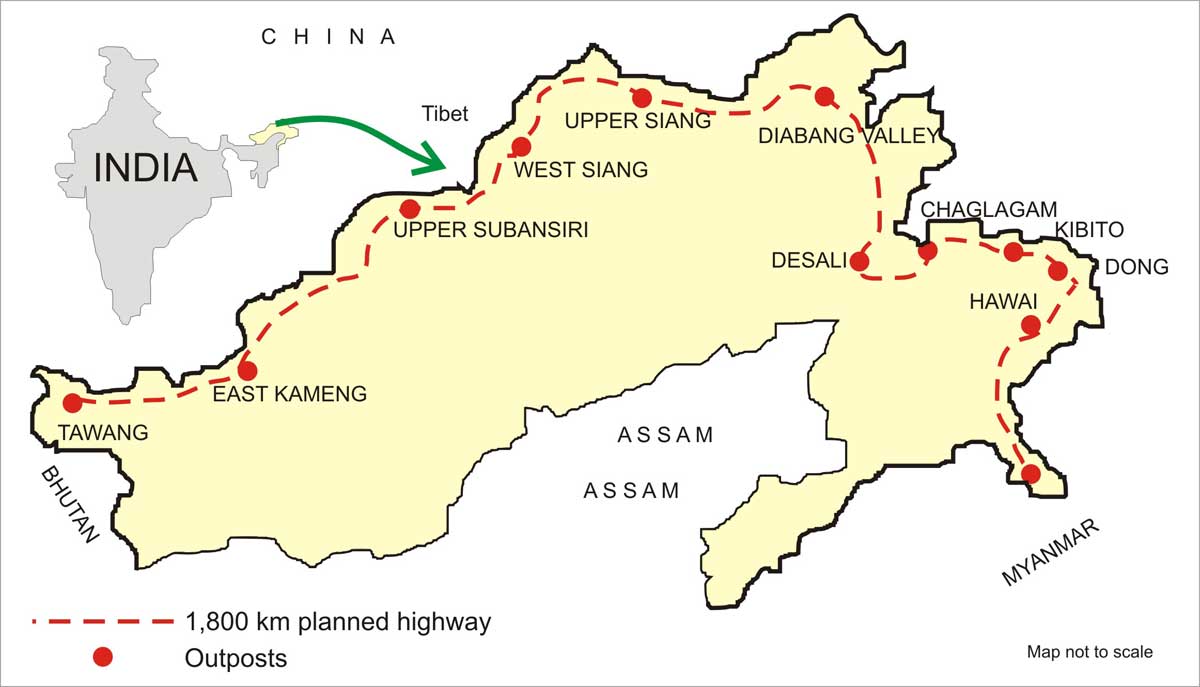 It needs no intelligence to decipher that China’s new Border Law has been devised to primarily target India. Beijing already has Pakistan in its pocket and has drawn Nepal and Myanmar into its strategic sphere. With its comparative military and economic might, it is also set to coax Bhutan to join its club. China has offered $31 million in emergency aid to Afghanistan and the first Chinese aircraft carrying humanitarian aid landed in Afghanistan on September 30.

China has been engaging the interim Taliban government of Afghanistan directly in Kabul and in Doha to discuss investments and rebuilding of Afghanistan, mitigating the Uyghur and East Turkestan Islamic Movement (ETIM) threat to itself, as also allay Tajikistan’s fears of Taliban intrusions and terrorist attacks. As a result of this as well as for seeking Beijing’s military assistance, Tajikistan has approved the construction of a new Chinese military base on the border with Afghanistan and is transferring a ready-made base on the territory of Tajikistan under the full control of the PLA free of charge.

Russia has considerable military presence in Tajikistan. At one time Russia viewed Central Asia as its exclusive sphere of influence and abhorred Chinese interference in the Central Asian Republics. However, the China-Russia alliance has now grown very strong because of American sanctions and policies. Russian Foreign Minister Sergey Lavrov has recently warned Afghanistan’s neighbours against permitting US-NATO presence on their soil.

A significant part of China’s new Border Law is that it was proposed ‘after’ the Chinese aggression in Eastern Ladakh last year. The law demands that China should speed up construction of civilian and border infrastructure. But even before this law was enacted, Beijing had been developing civilian and military infrastructure in 112 border towns of the Tibet Autonomous Region of China Occupied Tibet (COT) including speedily improving the road and rail connectivity to these border towns.

The Border Law states: “The PRCs sovereignty and territorial integrity is inviolable and the state shall take measures to safeguard them.”  China’s reference to ‘sovereignty’ was also included in the response by the spokesman of China’s People’s Liberation Army’s (PLA’s) Western Theatre Command to the 13th round of Corps Commander-level India-China talks in Eastern Ladakh held on October 10. This very clearly relates to all illegal territorial claims that China has in foreign countries – maximum in India. The Border Law has established a legal framework for the PLA, the People’s Armed Police (PAP) and border defence units to counter invasion, infiltration, encroachment or provocation across the land border.

China’s border defence units are under the command the PLA and latter in turn are directly controlled by President Xi Jinping as Chairman, Central Military Commission (CMC) and as C-in-C of PLA. China’s military reserve forces and the PAP too have been brought under the CMC. Xi Jinping, therefore, has total control over China’s security forces. The new Border Law reiterates the chain of command and clarifies the leadership system, military tasks and responsibilities of the provincial government for China’s land border management system, and in addition establishes the framework for civilian authorities in border areas directing them to “cooperate and assist” Chinese armed forces in preventing illegal border migration and for maintaining peace and stability in the border areas.

At first impression, China may appear worried about illegal immigration from countries like Afghanistan and Myanmar but it has already taken actions to ward off such activities. In May 2021, a UNSC report had mentioned the presence of 500 fighters from the East Turkestan Islamic Movement (ETIM) in north Afghanistan’s Badakhshan region bordering Xinjiang and the Wakhan Corridor. But subsequent media reports indicated that these ETIM cadres have been moved away from the Badakhshan region by the Taliban on China’s request. However, where these ETIM cadres have relocated to is not known. As for the immigrant threat from Afghanistan, Chinese military bases on the Tajikistan-Afghanistan border would take care of the threat. In Myanmar, China has created a host of proxies including in the United We State Army (UWSA) in northern Myanmar. Under the new Border Law, the PLA and PAP are free to act in border areas.

Responding to China’s new Border Law that came into effect on October 23, the Ministry of External Affairs issued a statement saying, “China’s unilateral decision to bring about legislation which can have implications on our existing bilateral arrangements on border management as well as on the boundary question is of concern to us. Such unilateral move will have no bearing on the arrangements that both sides have already reached earlier, whether it is on the boundary question or for maintaining peace and tranquility along the LAC in India-China border areas. We also expect that China will avoid undertaking action under the pretext of this law which could unilaterally alter the situation in the India-China border areas.”

China has been practicing ‘Legal Warfare’ over the past decades by ‘fabricating’ and building evidence to justify its illegal territorial claims. The new Border Law is a mischievous adjunct to China’s ‘Legal Warfare’. The Border Law legitimizes China’s sovereignty over disputed areas along the Indo-Tibet border through establishment of permanent infrastructure in these areas. The new Border Law also mentions “jointness” that clearly vests total overall authority with the PLA in all border areas.

The problem with China is that it never means what it says, breaks every agreement and follows it up with another agreement only to be violated at a future date of its choosing  – a never ending cycle. Moreover, President Xi Jinping is in a hurry to achieve ‘illegal sovereignty’ over its illegal claims. Any caution to Beijing for not misusing the new Border Law is like telling a rat not to nibble away cheese.  Finally, with the overall authority in border areas vested in the PLA by the new law, India and Bhutan should expect more mischief and muscle flexing by the PLA.