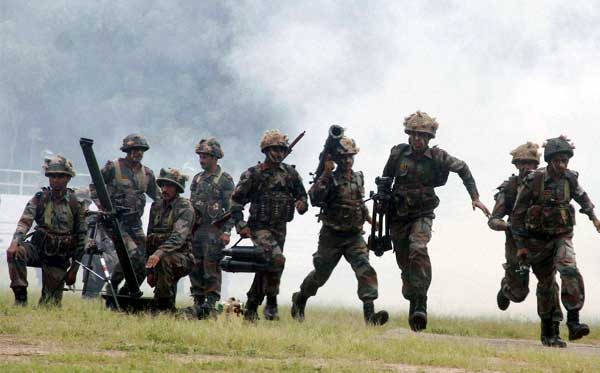 The situation is fast deteriorating in Ladakh.

For China, it took a turn for the worst when India captured a ridge on the southern bank of the Pangong tso (lake).

The fact that the Tibetan Special Frontier Force (SFF) was involved brought the Tibetan factor into the conflict; this was clear when BJP general secretary Ram Madhav attended the funeral of Company Leader Nyima Tenzin who was killed in mine blast during a recee.

“Attended the funeral of SFF Company Leader Nyima Tenzin, a Tibetan who laid down his life protecting our borders in Ladakh. Let the sacrifices of such valiant soldiers bring peace along the Indo-Tibetan border. That will be the real tribute to all martyrs.”

Though no official comment came from the government, this has greatly irritated Beijing.

Another event took place the same day, India test fired its first hypersonic missile demonstrator; as Forbes put it: “a cutting-edge hypersonic missile could massively increase the potency of Indian Navy warships in a future conflict.”

Till recently China thought that India would react as it did during the past 60 years, the Indian diplomats would agree to talk and ultimately a compromise would be found (in other words, the People’s Liberation Army could keep half of the territory that it had just grabbed). But this time, Delhi decided to stand firm and asked for a return to the status quo as on April 2020.

Beijing probably did not expect this from the Modi Sarkar, The Global Times was furious:

“Nationalist forces in India should think twice that if the Chinese and Indian armies change their agreement …[and] prioritize the use of guns? Does commanding heights make sense in modern military conflict? Between India and China, which country has more weapons, and which has a bigger military budget. Can’t India count?”

The tabloid warned: “if the Indian side misinterprets China’s goodwill and intends to deter the PLA with warning shots, its moves will backfire. China will never concede for the sake of avoiding a war.”

The MoD gave a simple, but strong answer:

“The Indian Army is committed to maintaining peace and tranquility, however is also determined to protect national integrity and sovereignty at all costs. The statement by the Western Theatre Command is an attempt to mislead their domestic and international audience.”

The Chinese domestic audience might indeed be the real issue.

President Xi Jinping had a Dream: China would be the power No 1 in the world in a couple of decades. How can a ‘weak’ neighbour like India dare to refuse to give in for a few hundred meters in the Himalaya? This explains China’s stubbornness to disengage during the talks at the political, diplomatic and military levels.

Not only did India resist China’s advances on the ground, but the Elephant took over the ridge overlooking the lake; and to make the matter worse, Delhi used Tibetan soldiers; Tibet (with Xinjiang) are the sore point in Beijing’s policy of assimilation of ‘its’ minorities.

With the Fifth Plenum of the Communist Party of China coming up next month, the Chinese President, who often speaks of the stability of the Tibetan borders, is in difficult position. He will have to explain to the Central Committee members why he launched the Ladakh adventure, and more importantly, what had he expected to gain from it? Just a couple of fingers and few hundred meters of territory in two or three locations? Is it worth risking an armed conflict during the post-Covid period?

Today, there is definitely risk of an escalation; observers, particularly historians see similarities between the tone and tenure of exchanges between Delhi and Beijing in the Summer 1962 and now; then too, the Great Helmsman’s position was fragile after another national mishap, the Great Leap Forward.

If the situation turns bad, there is no doubt that China will shift the blame on India; already in October 1962, Beijing wrote: “On October 20, Indian forces started a massive general offensive in both the eastern and western sectors of the Sino-Indian border. In these serious circumstances, the Chinese frontier guards had no choice but to strike back in self-defence.”

Xi Jinping may call it again ‘self-defence’, but he should not forget that India is far better prepared than in 1962, and Beijing is, like never before, isolated on the world scene; China should think twice before going into a bloody adventure. It could be the end of Xi’s grand Dream.

One thought on “India has Changed Since 1962: China’s Adventure may end Xi’s Dream”