India has arrived: Re-order the UN for global peace and security

The author is a former Indian Ambassador to The Netherlands who was concurrently accredited to the ICJ. 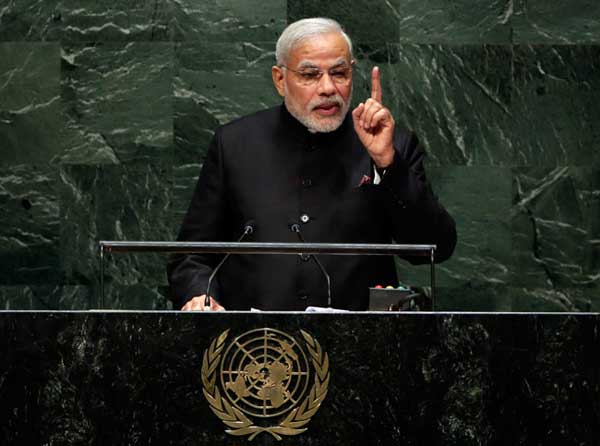 India is one of the founding Members of the UN. Though under colonial rule at that time, India’s leadership before Independence emphasised India’s commitment to the purposes and principles of the UN and underlined India’s determination to contribute to international peace and security, including and particularly in the field of peace keeping. Permanent membership of the Security Council is an important and legitimate aspiration for India in order to play its rightful role in the maintenance of international peace and security.

India has been a non-permanent Member of the UN Security Council seven times. In 2011-12, India received 188 of the 190 votes in the UN General Assembly.

In its quest for global peace and security, India has played a leadership role in the United Nations General Assembly and in the Security Council.  India has been a non-permanent Member of the UN Security Council seven times. In 2011-12, India received 188 of the 190 votes in the UN General Assembly. India was one of the first countries to raise the issue of apartheid in South Africa at the United Nations.  We were one of the first to welcome back a multi racial, multi ethnic and democratic South Africa to the UN.

India’s nuclear doctrine at the United Nations is in consonance with its commitment to achieve global disarmament.  India stands for total nuclear disarmament and non-proliferation and the elimination of weapons of mass destruction (WMD). It is the only nuclear weapons state to demand total elimination of nuclear weapons. India has rejected the Nuclear Non-proliferation Treaty (NPT) as discriminatory since it sought to establish the status-quo in favour of the then 5 existing nuclear weapon states, while imposing disarmament on the rest of the world.

India does not maintain a constituted nuclear force on a heightened state of alert. The country’s nuclear weapons remain under the control of the civilian Nuclear Command Authority (NCA), comprised of a Political Council, chaired by the Prime Minister, which is “the sole body which can authorize the use of nuclear weapons.” Our no-first-use policy (NFU) is based on our doctrine that while we would not be the first to use nuclear weapons, we would assuredly retaliate massively and inflict untold damage on our adversaries if attacked.  This is our doctrine of credible minimum deterrence.

In arguing for membership of the Nuclear Supplier Group (NSG), India has proved itself effectively to be a responsible nuclear power. We have maintained a unilateral moratorium on nuclear testing and support negotiations of a Fissile Material Cut-off Treaty (FMCT) that is “universal, non-discriminatory, and internationally verifiable.” At the same time, we have remained outside of the NPT, because of our hostile, nuclear weaponized neighbours. We have, for the same reasons, not signed the CTBT.

India-US civil nuclear agreement is of primordial importance to India’s national nuclear security culture.  It has been both a reflection of the major transformation in Indo-U.S. relations since the end of the Cold War…

In the First Committee of the General Assembly, India annually tables three draft resolutions: ‘Convention on the Prohibition of the Use of Nuclear Weapons’, ‘Reducing Nuclear Danger’ and ‘Measures to Prevent Terrorists from Acquiring Weapons of Mass Destruction’.  This is intended to strengthen international nuclear security culture, to which India remain firmly committed.

India-US civil nuclear agreement is of primordial importance to India’s national nuclear security culture.  It has been both a reflection of the major transformation in Indo-U.S. relations since the end of the Cold War as also a driver of their further transformation.  Neither side would have been able to contemplate such a significant departure from their established positions in a sensitive area such as the nuclear domain, if they had not already achieved a fair degree of congruence in their respective strategic perspectives as well as mutual confidence.   An even more complex set of negotiations had to be undertaken with the 48 member Nuclear Suppliers’ Group in order to ensure a waiver for India from its own rules and guidelines.

The NSG finally adopted a consensus decision on giving India a clean waiver from its rules. India had finally made a successful re-entry into the international civilian nuclear market.   India is very much in the international mainstream as far as nuclear issues are concerned despite continuing to be outside the NPT. Its membership of the NSG is likely to come through. This would ensure international recognition of its potential for great power status.

It is a matter of deep regret that the UN Security Council does not reflect current political realities.  India’s credentials for permanent membership are well documented and recognised.  A country of 1.3 billion with over 160 million Muslims, India is the world’s largest liberal democracy based on rule of law and human rights. Participation in peace keeping operations is the key element of the credentials required for Permanent Membership in the Security Council. India is the largest contributor to UN peace keeping operations, having contributed 1,60,000 troops to 43 of 65 of UN peace keeping operations.  More than 160 Indian defence and police personnel have laid down their lives serving under the UN blue flag.  At present, Indian Armed Forces are part of 7 of the 14 ongoing UN peace keeping missions.

India’s bid for permanent membership of UNSC is backed by four permanent members, namely France, Russia, the United Kingdom and United States.  Our candidature for Permanent Membership of UN Security Council took a great leap forward when the UN General Assembly adopted on 14th September, 2015, its Decision 69/560 on Security Council Reform.  This historic decision was adopted without a vote, despite opposition by China, Pakistan and others in the spoiler group that calls itself as “Uniting for Consensus”. 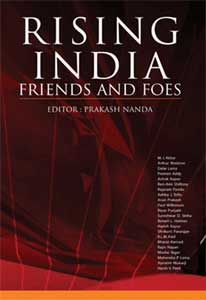 India views the UN as a forum that can play a crucial role to guarantee and maintain international peace and security.  India has worked with other partners to strengthen the UN system to combat new global challenges such as terrorism, piracy, disarmament, human rights, peace building and peace keeping. India is proactively pursuing a vigorous multi-lateral agenda, at a time when the world is facing these new challenges, based on its national security templates.

India is fully aware that the strengthening of multilateralism through the United Nations represents the best hope in a troubled world. Our renewed multilateral engagements have given a new shape and strategic direction to India’s foreign policy imperatives.  India has finally demonstrated to the global community that India matters, that India has arrived.  This message needed to be delivered and has been done this time most effectively.