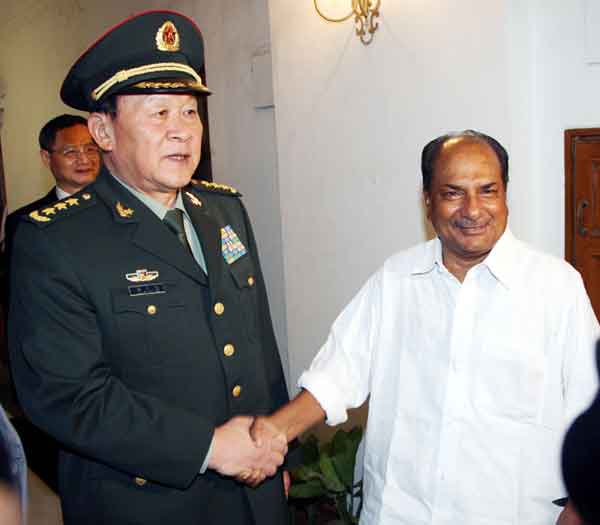 Our national trait for wishful-thinking often worries me.

A rationally argued assumption is an important part of strategic thinking, a wishful thought with no rational basis is not. I had pointed out in some of my articles in the past how we often confuse wishful-thinking for strategic analysis. Some, if not many of those, who have made a name in our country as strategic analysts, are actually wishful-thinkers. There are many wishful-thinkers even in our security bureaucracy.

Before October 1962, our political leaders had so convinced themselves about the superiority of our Army over the PLA that they thought that all they had to do was to order our Army to thrown out the illegal Chinese posts in our territory…

These observations have been triggered by some E-Mailed comments received by me on my article of September 17, 2012, asking whether our humiliation of 1962 by China can repeat itself. The majority of those who have argued that the question of another 1962 does not arise have given two reasons, both of which appear to me to be nothing but wishful thoughts.

The first is that the Chinese are no longer in a position to spring a trans-Himalayan surprise on us as they did in 1962.The second is that the strong Navy that we have built up since 1962 will act as a deterrent to any more trans-Himalayan adventurism by the PLA. According to them, our Navy is in a position to disrupt Chinese energy supplies across the Indian Ocean and without assured energy supplies the Chinese would not be able to indulge in any adventurism across the Himalayas.

I feel uncomfortable with both these wishful-thoughts. Before October 1962, our political leaders had so convinced themselves about the superiority of our Army over the PLA that they thought that all they had to do was to order our Army to thrown out the illegal Chinese posts in our territory in the North-East and it would do so without any problems. Jawaharlal Nehru and V.K. Krishna Menon, the then Defence Minister, were living in a world of wishful-thinking.

Nehru openly went around saying that he had asked the Army to throw out the Chinese. The Chinese took note of his statements, which proved to have been irresponsible in retrospect, and launched a pre-emptive act of retaliation to neutralise our Army’s capability for throwing out the Chinese posts and inflict a humiliation on our Army.

That kind of wishful-thinking about the relative strengths of the two Armies and Air Forces is fortunately not there now. We take each other’s trans-Himalayan capabilities with a lot of realism. Realistic thinking and analysis is the foundation of good strategic thinking.

The Chinese are realistic geostrategic thinkers and planners. They know energy adequacy could turn out to be their weak point in any future military confrontation with any external power.

But I notice a new wishful thought clouding our strategic thinking presently and that is about the perceived superiority of our Navy over the Chinese Navy in the Indian Ocean area. I am confident that the Chinese Navy will not be able to disrupt our energy supplies across the Indian Ocean , but I do not share the confidence of those who have commented on my article that our Navy would be able to disrupt Chinese energy supplies and that the realisation of this will deter any trans-Himalayan adventure by the Chinese.

The Chinese are realistic geostrategic thinkers and planners. They know energy adequacy could turn out to be their weak point in any future military confrontation with any external power. They have been trying to build up their strategic reserves, diversifying their sources of supply and means of having the supplies reached to them. Their energy security diversification plan speaks well of their strategic foresight. I wish we have similar foresight.

So, to think and argue that our Navy has become a deterrent to Chinese designs and intentions would be unwise. Moreover, in our thinking, we should try to visualise what role the Pakistani Navy will seek to play in the event of another military conflict between India and China. We should be prepared with contingency planning for the eventuality that the Pakistani Navy will try to keep some of our ships bottled up near the Western ports so that we can’t use them against the Chinese.

If there is another military conflict between India and China, it is not going to be a copy-cat of 1962.The PLA is not going to move into our territory on foot and motor vehicles and occupy territory after over-powering our posts as they did in 1962. In my view, the most likely scenario is that copter-borne, specially trained units of the PLA will take our Armed Forces by surprise by undertaking a lightning occupation of Tawang and Itahnagar in Arunachal Pradesh. They will then try to force us to concede Chinese sovereignty over Tawang in return for their conceding our sovereignty over Itahnagar and the rest of Arunachal Pradesh. I also expect that the copter-borne PLA forces will come not from the Tibet Autonomous Region (TAR),but from Qinghai, Gansu or Sichuan.

We are now in a better position than we were in 1962 to detect Chinese preparations for a classical military strike from the TAR.

We are now in a better position than we were in 1962 to detect Chinese preparations for a classical military strike from the TAR. Are we in a position to detect and neutralise a copter-borne invasion from bases outside the TAR? What are the other scenarios possible? What would be the options available to us?

Those are the questions that we in governmental and non-Governmental circles should examine with our feet firmly on the ground and without any wishful-thinking.

My two articles on the forthcoming 50th anniversary of the 1962 humiliation should not be misinterpreted to mean that I have probably lost faith in the possibility of a negotiated solution of the border dispute with China. I have not. I greatly respect the pragmatism of the Chinese political and military leadership.

When they initiated the military conflict with India in 1962, they were a poor country with a primitive economy. They did not have to worry about the likely impact of a military conflict on their economy and on the livelihood of their people.

Today, China is a major and influential economic and military power itching to catch up with the US. Any military conflict with India could have worrisome impact on their economy. Their interest in keeping their economy sustained and flourishing has made them a cautious power—-more cautious than they were in 1962. They would avoid a military confrontation as far as possible.

At the same time, I am disturbed to notice the doggedness with which they have been pursuing their territorial sovereignty claims—whether with us in Arunachal Pradesh or with some ASEAN powers in respect of the South China Sea islands or with Japan in respect of the East China Sea Islands.

This doggedness should forewarn us that if an opportunity presented itself they may not hesitate to seek a military solution to the border dispute.

Chinese strategic thinking is marked by a mix of pragmatism and opportunism. We should not create unwittingly a tempting opportunity for them by our military unpreparedness.