India-China: Can the humiliation of 1962 repeat itself? 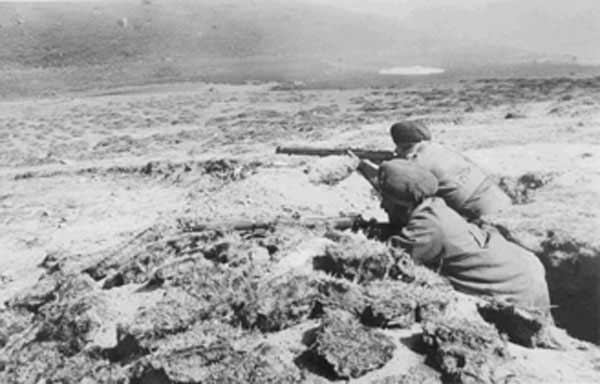 Can the history of our humiliation at the hands of China in 1962 repeat itself?

As we approach the 50th anniversary of the humiliation next month, we have to analyse this question in depth in our governmental national security community as well as outside. It is important for the National Security Council Secretariat (NSCS) to organise a series of brainstorming on this subject with the participation of experts on China from the Government and outside.

It is important for us to objectively  identify the factors that led to the 1962 humiliation and examine to what extent they have been removed.

The starting-point of such a brainstorming has to be a presumption that the present efforts to solve our border dispute with China through talks may not succeed and  that we may be confronted with a fresh military confrontation in the future.

Should such a confrontation arise, are we better prepared  to face it today than we were in 1962? If not, what are the deficiencies still existing and how to remove them?

It is important for us to objectively  identify the factors that led to the 1962 humiliation and examine to what extent they have been removed. It is also important to foresee what kind of new factors not seen in 1962 could arise and what implications they could have for our capabilities.

It is my view that our ability to prevent another humiliation in future would depend upon our trans-Himalayan military strategy and capability as it did in 1962. The roles of the Army and the Air Force in such a strategy will be pre-eminent. The role of the Navy will be marginal. It will be our trans-Himalayan strategic mindset and tactical thinking that will determine the future course of any new military confrontation with China as it did in 1962.

I would identify the following as the basic causes of our humiliation  of1962:

The Army went into war with very little training and experience in mountain warfare and with very few equipment for such a warfare.

My assessment of the present position regarding these factors is as follows:

The understanding of our political class in matters relating to strategic decision-making on China is inadequate though it is better than what it was in 1962 and the years before.

Two new factors that have made their appearance since 1962 have not received adequate attention in our national security community:

In 1962, the entire North Myanmar was a political, administrative and military vacuum. The Myanmar Government presence has since improved…

In 1962, the entire North Myanmar was a political, administrative and military vacuum. The Myanmar Government presence has since improved in the Rakhine(old Arakan) and Chin areas bordering Bangladesh, but remains the same in the Kachin State bordering Yunnan. The Kachin State and Yunnan are very important in any trans-Himalayan military strategy. We continue to neglect these two important regions from the point of view of our intelligence coverage as we were doing before 1962.The  Kachin State is important for defending our North East in any new confrontation with China. The Rakhine State is important for our Indian Ocean objectives and our energy security.

I do not consider it necessary to touch upon the nuclear aspect in this analysis. It has to be discussed in camera.

3 thoughts on “India-China: Can the humiliation of 1962 repeat itself?”