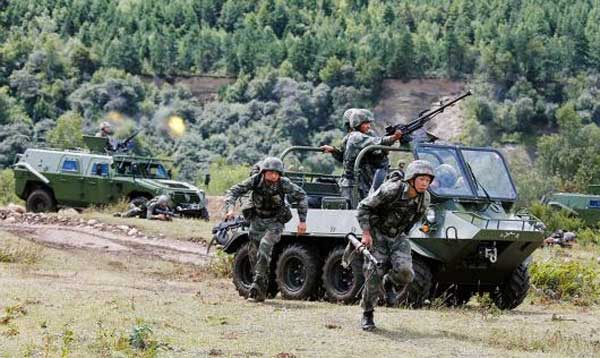 Global Times is famous (or infamous) for saying that black is white and vice-versa; and at the end, arguing that everybody should admire Red China.

For the past five months, the tabloid has described the situation in Ladakh as of India’s own making; it continues the Communist Party long tradition of telling lies (remember the Great Leap Forward and its claims of bumper harvests at a time when more than 40 million Chinese died of starvation). Today, The Global Times continues to reverse the roles and change the facts.

Take the example of the joint statement and five-point consensus reached by the Indian and Chinese foreign ministers at the end of their recent meeting in Moscow. While admitting that it is “a substantial step in cooling down the current border situation, exceeding the expectations of most international observers,” The Global Times squarely put the blame on India: “The successful implementation of the joint statement, however, depends on whether the Indian side can truly keep its word,” as if Delhi is not keeping its word.It is not difficult for the tabloid to find ‘experts’ to corroborate its conclusions; one Qian Feng, director of the research department of the National Strategy Institute at Tsinghua University in Beijing told the Communist publication: “given India’s past history of breaking consensuses reached at such meetings, some Chinese experts stressed that it’s still too early to pin high hopes on its implementation.”

However, the history of modern China is a tale of broken promises.

Hardly two months after Mao solemnly announced the birth of the People’s Republic of China from the Tiananmen Square, the People’s Liberation Army (PLA) annexed Xinjiang, closing down the Indian Consulate General in Kashgar in the same stroke.

Delhi was told that the new regime would have to renegotiate all its former agreements, a position untenable in international law.

By taking over Xinjiang, Mao controlled the western borders of the Middle Kingdom, he could access trade with Central Asia and block any possibility of Soviet southward advance; for the first time, he also came in contact with the Indian frontiers, particularly the Aksai Chin area; a few years later, Beijing built a road across Indian territory linking up Xinjiang with Tibet.

The first broken promise was about the Indian Consulate in Kashgar, despite Beijing’s promises, it would never be reopened.

At the same time, Beijing repeatedly told the Uyghurs that the PLA had come to help them to develop the area; the Uyghurs still do not understand how they have been ‘helped’ during all these decades.

India foolishly kept the closure of its Kashgar  Consulate secret because “nothing could be done about it,” but that is another story.

Then came the invasion of the Roof of the World, called by Mao the ‘liberation’ of Tibet.

A two-phase operation was meticulously planned by the Great helmsman; the first part culminated in the Battle of Chamdo in 1950, which saw the Tibetan forces being decimated; after the winter had passed, the Communist regime started the second phase, a diplomatic one; the weak Tibetan State was forced to put its thumbprint on an agreement allowing Communist China to take over the Land of Snows.

An ‘Agreement on Measures for the Peaceful Liberation of Tibet’, better known as the ‘17-Point Agreement’ was signed (‘under duress’ according the Dalai Lama) in Beijing on May 23, 1951 by Ngabo Ngawang Jigme, the former Governor of the Eastern Province of Kham, then a prisoner of war.

The Tibetan delegates were ‘trapped’ into this (the seals of the Tibetan government had to be forged for the purpose, but never mind). The consequences for Tibet would be most momentous; not only Tibet would lose more than its independence, because here too, China would not keep its promises.

On September 9, 1951, soon after the Tibetans had signed on the dotted line, several thousand PLA troops entered Lhasa under the command of General Wang Qimei; subsequently 20,000 troops began to occupy the most strategic points on the Tibetan Plateau. India had a new neighbour.

The next step for Beijing was to subdue the Indian government with a well-orchestrated propaganda of ‘eternal friendship’ between the two Asian giants; the Hindi-Chini-Bhai-Bhai honeymoon between Delhi and Beijing began to flourish.

In April 1954, India and China signed the so-called Panchsheel Agreement about Tibet, to which the Tibetans were not even invited to participate. India’s long border with Tibet (now China) was wishfully deemed settled in the process; Delhi thought that by signing this hasty agreement, it had ‘fixed’ the border.

But two months later, the ink on the treaty had hardly dried, the Chinese troops walked into Indian territory; the PLA entered for the first time in Barahoti, a small flat grazing ground located in today’s Chamoli district of Uttarakhand.

It was another broken promise, the first two of the Five Principles (‘Panchsheel’) spoke of ‘Mutual respect for each other’s territorial integrity and sovereignty and Mutual non-aggression’.

In April 1958, for the first time, officials of India and China sat together to try and sort out the issue. It was a first rehearsal for the long negotiations which would take place in 1960; both led nowhere.

As a compromise in Barahoti, India agreed that Chinese ‘unarmed’ patrols could visit the place in summer till the case was solved; Beijing never kept its promise and repeatedly sent armed soldiers to Barahoti.

Sixty-two years after the negotiators agreed to be unarmed, the Chinese still cross the Tunjun-la and armed personnel walk into the desolate area.

Many more examples could be cited, i.e. the agreements of 1993, 1996 or 2005 on the borders which are often forgotten. For example, Article VII of the 2005 Guidelines said: “In reaching a boundary settlement, the two sides shall safeguard due interests of their settled populations in the border areas.” It was clearly referring to Tawang, but a few months later, Beijing started claiming again the area; to the long list of broken promises, one can add the decision for a disengagement arrived at during the recent five rounds of talks between the Corps Commanders in Ladakh. Where is the disengagement today?

Considering China’s track record in the matter, The Global Times should be less arrogant, but it is apparently impossible.

One thought on “India and its Saga of ‘Reneged’ International Promises”