is a Research Analyst at Institute for Defence Studies and Analyses. 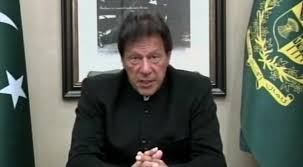 Pakistan is once again witnessing confrontational politics between the government and the opposition, with editorials slamming the ‘slowing down’ of democracy.1 Academic-activist, Noam Chomsky, speaking at the Karachi-based Habib University’s flagship Yohsin Lecture Series on December 7, 2020, warned that democracy in Pakistan was in decline and the country had “no future if it is going to live in a world of religious superstition”.2

Instead of addressing the substantive issues being raised by the opposition, Pakistan Prime Minister Imran Khan is laying much stress on his religiosity and image as a crusader against the corrupt elite, who, in his view, are solely responsible for the country’s problems. Khan, it seems, is dabbling in the art of personalised politics, which turns the focus “from topics to people and from parties to politicians”.3

The art of personalised politics

Imran Khan has been able to mobilise people – especially the youth – around the narrative that all other politicians were corrupt, incompetent and self-serving, while he was a crusader against corruption and wished to build a ‘Naya Pakistan’.

Khan’s Tehreek-e-Insaf (PTI) party urged “voters to decide in favour of the party leader” instead of drawing attention to his stand on various issues.4 He has further invoked religion to run down other parties and political personalities by calling them supporters of heretics, hypocrites (munafiqins) and disrespectful of the Prophet.5 The strategy paid off with PTI emerging as the single largest party in the July 2018 elections to the National Assembly.

Two days prior to Chomsky’s lecture in Karachi, Khan gave an interview to actor Hamza Abbasi, which was mostly about his personal experiences and views on various issues. Khan emphasized his love for his own faith and the attendant values in his own society. He further underlined his (bad) experiences in the West, and added that Pakistan’s advantage was “our belief in God and the hereafter.”6

If the conservative rhetoric cited above is any indicator, Khan is trying to convey to his countrymen that the only reason they should trust him is because he is a ‘born-again’ Muslim and that he is trying ‘faithfully’ to deliver on his electoral promises. Khan, it seems, is taking refuge in religiosity, instead of addressing the issues confronting Pakistan by openly debating them democratically with his rivals.

The Pakistan prime minister keeps reiterating his promise to transform the country into a Riysat-e-Madina, a corruption free Islamic welfare state.7 However, he has not taken any action against his own party members or government ministers accused or found guilty of corruption.8

Apart from the rhetoric, he has also carefully cultivated his image as a pious believer. This is quite visible in the manner of his dress — long coats (sherwani), monochromatic tunics (kameez), white trousers (shalwars), and a waistcoat, apart from holding a string of beads (tasbih). Such tactics, however, are unlikely to resolve the myriad issues that plague the country.

Gap between rhetoric and action

At a public rally on July 30, 2017 to celebrate the ouster of then Prime Minister Nawaz Sharif on corruption charges, Imran Khan had called for “real democracy” in Pakistan.9 After being in power for two and half years, the contradictions in Khan’s statements and behavior stand out.

Contrary to the political morality that characterises democracy, he has even refused to meet opposition leaders and has not shown any interest to engage with them over the complex issues confronting the country. The opposition parties on their part also do not recognise the Pakistani premier as a legitimate winner of the July 2018 elections.

While the media has been gagged, some of his policy decisions, like the proposal to prepone Senate elections before the due dates in March 2021, have been arbitrary.10 The government has also constrained the voices against human rights violations in the country, even as it has been pretty vocal about perceived violations elsewhere (read India).11

Khan has built his image by claiming a moral high ground vis-à-vis other politicians in the country. Back in 2016, in the wake of Sharif’s name surfacing in the Panama papers, Khan had noted that unlike other types of rulers, like military dictators or kings, “democrats rule by moral authority. When you lose that, you can’t rule.”12 However, Khan’s rule, it seems, does not reflect a ‘moral authority’ either.

While the Pakistan premier has blamed wide spread corruption for the country’s ills, the accountability drive seems to be targeted only at the opposition leaders, leading to criticism that Khan was practicing ‘one-sided accountability’.13

The government’s incessant attacks on the opposition leaders are turning out to be counterproductive. The opposition, on its part, accuses him of being a ‘selected’ prime minister. Eleven political parties came together to form the People’s Democratic Movement (PDM) in September 2020, in an attempt to dislodge the premier. The PDM has held eight well-attended rallies so far.

Imran Khan’s rise in Pakistan’s politics was facilitated by people’s frustrations with the mis-governance of the past, and quiet support from the powerful military establishment. His efforts to build legitimacy around his ‘personality’ as a religious person and a crusader against corruption, do not seem to have convinced many people. His government’s inability to bring the much-promised tabdeeli (‘change’) to Pakistan is beginning to hurt him politically. The enthused participation of people in the opposition jalsas (demonstrations) in recent months, implies that the Khan magic is fast withering away.

3.Silke Adam and Michaela Maier, “Personalization of politics: A critical review and agenda for research”, Annals of the International Communication Association, Vol. 34, No. 1, 2010, p. 231.

12.Homa Khaleeli, “Imran Khan on the Panama Papers: ‘The coalition of the corrupt help each other’”, The Guardian, April 19, 2016.