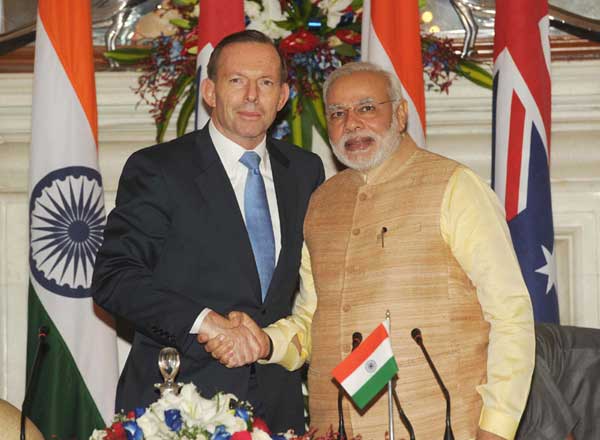 The transformation of India-Australia relations in the last decade has been remarkable. We have moved rapidly from a lack of empathy to recognition that our relationship can be mutually rewarding.

A non-aligned India and an allied Australia had separate political trajectories for decades.

Australia shared western prejudices on India-Pakistan issues and opposed India on non-proliferation ones.

Australia was suspicious of a strong India dominating the Indian Ocean, while Australia was seen as an interloper in Asia, the West’s “trojan horse” there.

Australia shared western prejudices on India-Pakistan issues and opposed India on non-proliferation ones.

India-Australia relations have felt the impact of changing equations in the post Cold War world, improved India-US ties, the India-US nuclear deal and the NSG exception for India for civilian nuclear cooperation, India’s Look East policy and the strategic implications for Asia of the phenomenal rise of China.

Pragmatism and enlightened self-interest have brought the two countries together.

The nuclear deal signed during prime minister Abbott’s visit to India last week has sealed the rapprochement between the two countries.

After Canada, which took the pragmatic decision to sign a bilateral nuclear deal in the interest of a broader relationship with a rising India, Australia has followed suit, but after prolonged internal political wrangling over nuclear ties with a non-NPT country.

If Australia supplies uranium to China, which is a non-democratic, territorially expansionist country with unacceptable maritime claims, and whose growing military strength and increasingly potent nuclear and missile capabilities potentially threaten western – and Australian – interests, refusing supplies to democratic India that poses no threat to Australian interests in the Pacific would make no rational geopolitical sense.

Australia has the largest uranium resources in the world, whereas India needs to import natural uranium for its nuclear power plants…

Australia has the largest uranium resources in the world, whereas India needs to import natural uranium for its nuclear power plants, creating an obvious tie from which both sides can benefit, especially as India has plans to expand its nuclear power generation in the years ahead, not least because clean energy production is necessary for environmental and climate change reasons.

This nuclear deal is doubly satisfying politically as the Japanese still resist normalisation of civilian nuclear ties with India.

Faced with an aggressive China with which it is embroiled in territorial disputes, and a strategic confrontation that involves the testing of the US-Japan military alliance and Prime Minister Abe’s determination to restore Japan’s political and economic stature in world affairs, Japan still shies away from lifting a strategic handicap it is imposing on a country with which it has just announced a “special and global strategic partnership”.

With China continuing its nuclear cooperation with Pakistan in violation of its NSG commitments and despite Pakistan’s rogue nuclear conduct, Japan, by continuing restrictions on India which has accepted an agreed framework within which it will conduct its nuclear activities, is placing India in an inferior strategic position vis-a-vis the China-Pakistan duo.

Japan should be on the same page as Australia on nuclear ties with India, as Australia was no doubt in Modi’s mind and that of Abe’s when the Tokyo Declaration speaks of the two prime ministers engaging “with other countries in the region” to address the region’s challenges.

India is concerned that US may encourage Australia, as it has encouraged Japan, to require additional accountability from India…

The reference in the Declaration to the official trilateral dialogue between India, Japan and the US leading “to concrete and demonstrable projects to advance their shared interests and that of other partners”, and the willingness expressed in it to explore the possibility of expanding “at an appropriate time, their consultations to other countries in the region” suggests a revival of a Quadrilateral Plus dialogue in the future, with Australia and others as participants.

Abbott has, during his India visit, spoken about India and Australian interests converging “as never before” to stabilise “the Indo-Pacific region”, besides endorsing India’s leadership in the Indian Ocean.

Even with the nuclear deal signed, the chapter is not completely closed as the “administrative arrangements” to be finalised could still create impediments in implementation.

India is concerned that US may encourage Australia, as it has encouraged Japan, to require additional accountability from India – “national flagging” that transcends India’s accountability to the IAEA – with regard to uranium supplies, so Canada’s decision to dispense with it does not become the norm.

Apart from uranium, Australia’s coal and LNG resources make it a key partner in providing India energy security, in view of which a Ministerial-level energy dialogue has been agreed to during Abbott’s visit.

Modi has expressed confidence that “Australia will emerge as a strong strategic partner for India and a very important part of our Look East Policy.”

Abbott’s government has approved the Adani Group’s massive investment in one of the largest coal deposits in the world in Queensland.

In education, Australia is now attracting more Indian students than the UK – 36,000 were enrolled there last year.

An India-Australia Comprehensive Economic Cooperation Agreement is being negotiated.

Defence ties are being reinforced with an inaugural bilateral maritime exercise planned in 2015 and more to follow.

Modi has expressed confidence that “Australia will emerge as a strong strategic partner for India and a very important part of our Look East Policy.”

The exuberance of Abbott’s statements about India has got less than deserved play in our media. It requires political courage for a “western alliance” leader to say that India as a non-NPT country has an “absolutely impeccable non-proliferation record”, that “hardly any country on the planet has been a model citizen like India” and that “India threatens no one (and) is the friend to many”.

Our neighbours should derive no satisfaction from this.

To add that Modi cannot be blamed for the Gujarat riots for which he has already faced “endless enquiries” is politically daring in India’s domestic political context.

To show the distance we have travelled in our relationship, Modi will be the first Prime Minister since 1986 to make a bilateral visit to Australia this year.