Had India employed its Air Force in 1962, there would have been fewer casualties 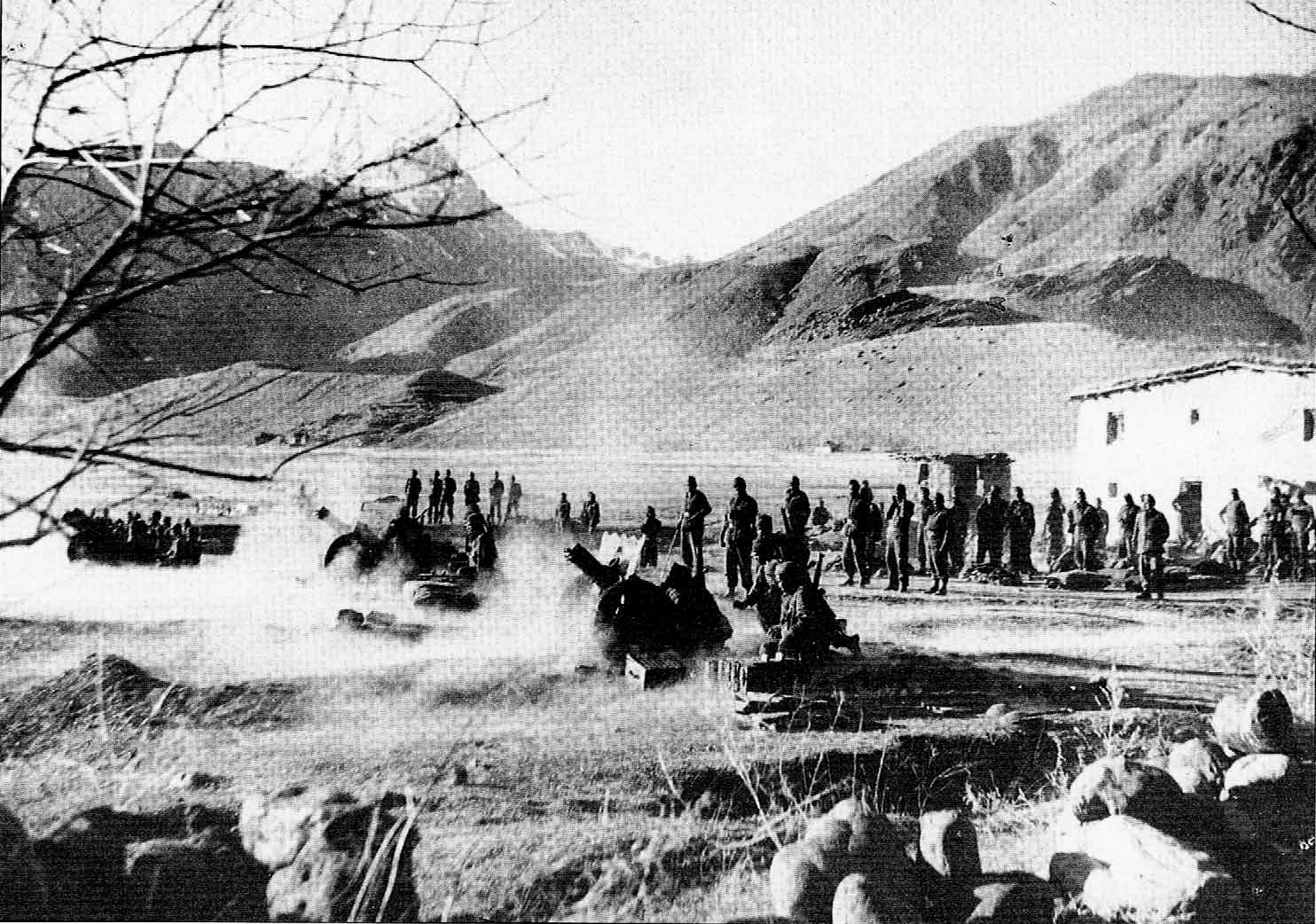 In July 2017, a few weeks after the start of the confrontation in Doklam near the India-China-Bhutan trijunction, Lt Gen Zhang Xuejie, the then Political Commissar of the Tibet Military Region (TMD) went to an ‘undisclosed place on the border’ (probably North of Sikkim) and wrote in red letters ‘1962’ on a stone. What message did he want to convey? That China could repeat the operations of 1962?

A month later, as the confrontation had entered its third month and with Delhi not showing any sign of backing off from its position of stopping the People’s Liberation Army (PLA) to build a road in a disputed area, the Chinese media counter-attacked.

The Communist Party’s mouth-piece, The Global Times warned, “The border standoff has stretched out for nearly two months. If the Narendra Modi government continues ignoring the warning coming from a situation spiraling out of control, countermeasures from China will be unavoidable.”

The newspaper then mentioned the 1962 war: “India made constant provocations at the China-India border in 1962. The government of Jawaharlal Nehru at that time firmly believed China would not strike back. …However, the Nehru government underestimated the determination of the Chinese government to safeguard China’s territorial integrity even as the country was mired in both domestic and diplomatic woes,” the newspaper cautioned.

Beijing was probably still dreaming of repeating 1962 ‘victory’, not realizing that India and the world have changed since then.

A Turning Point: the Galwan Clash

Interestingly, after the Galwan clash on June 15, 2020 (it was Xi Jinping’s birthday), during which China is said to have lost some 40 of its soldiers, including a Commanding Officer, the Chinese media was quieter: Beijing had started realizing that India would not be bullied so easily.

This raises an obvious question: can China play a redo of 1962 on India, or putting it differently, has Indian learnt the lessons of 1962.

Projecting the Narratives of the Victors

It is necessary to first point out the Sino-Indian border war was not the debacle which has been depicted by Beijing and by some foreign commentators. India fought extremely well during the battles of Walong or Rezang-la and in several other areas on the front, where hundreds of Chinese PLA were killed by Indian soldiers. Has Xi, the Chairman of the Central Military Commission (CMC) heard of these battles?

This part of the story was never told to the Chinese people; similarly what happened in 1967 when the PLA was forced to back out after having intruded Indian territory in Sikkim, remains a State secret in the Middle Kingdom.

Beijing, presently working on publications about China’s ‘victory’, would today like that India remembers 1962.

The Chinese narative remains the same: India attacked China; according to The Hindu: “Chinese military researchers have compiled a new history of the war reassessing its significance and legacy, bringing the spotlight back to the war amid the current tensions in relations.”

The author is Zhang Xiaokang, the daughter of Gen Zhang Guohua, who commanded the Tibet Military Command (TMC) and directed the Chinese offensive against India in the eastern sector in October 1962. Her ‘new history of the war’ is titled One Hundred Questions on the China-India Border Self-Defence Counterattack.

Extracts published on a Chinese website show that Beijing continues to propagate the myth: Mao had no other choice but to ‘counter-attack’.

The history of 1962 needs to be rewritten, and India should not be ashamed of its Army during those fateful months; on the contrary, it is time to do more research into those battles, build more memorials and museums and let the general public (and China) know about the outstanding valour of the Indian soldiers.

One can only hope that Indian scholars and historians will revisit the conflict and show that the outcome could have been very different.

The Political Management of the 1962 War

Undoubtedly, with a better political management and the use of the Indian Air Force (IAF) in particular, the war could have had a different end.

But let us look at what went wrong.

First and foremost, it was folly for the then political leadership not to use the IAF.

In an interview with this writer, Wing Commander Jag Mohan (‘Jaggi’) Nath, the first officer to have twice been decorated with the Maha Vir Chakra (MVC), India’s second-highest war-time military decoration, had been on regular missions over Tibet for more than two years from 1960 to reconnoiter the Chinese military build-up on the Tibetan plateau. Jaggi Nath concluded that China had no Air Force on the Tibetan plateau in 1962.

Unfortunately, the political leadership refused to believe the hard evidence gathered during his sorties.

Had the IAF been used, one can imagine that the casualties would have been less on the Indian side and more on the Chinese; the Line of Actual Control would have remained where it was in September 1959, and the border dispute with China would not be so acute today; the Shaksgam Valley would have not been offered to China by Pakistan in 1963; Mao Zedong would have lost his job. As a result, the relations with China would have today been completely different.

It is certainly the most important lesson that India learnt from the 1962 War. Today after the induction of the 36 Rafale fighter aircrafts, the IAF is ready to take on China and even has an edge due to the terrain as well as the preparedness, the professionalism and experience of the Indian pilots.

India has also a far better knowledge of the border; let us not forget that the 7 Brigade was fighting in the Namkha chu (river) sector, north of Tawang, without maps; weaponry was antediluvian and the arrogant political leadership would not allow the local commanders (Maj Gen Niranjan Prasad of 4 Division and Brig John Dalvi of 7 Brigade) to move to better strategic positions to defend the Indian territory.

More recently, as the Doklam and the Eastern Ladakh confrontations have demonstrated, the commanders have a far greater autonomy of decision. The present government has also delegated the negotiations about the disengagement on the border to the 14 Corps Commander based in Leh.

With its in-depth knowledge of the terrain, the Indian Army has been able not only to hold onto their positions (though China still refuses to fully disengage from some places, i,e, Depsang, PP 15 or Demchok), but in the process, the defence forces have been able to establish a far better synergy with the Ministry of External Affairs and other stakeholders; something totally lacking in 1962.

One can say that though it has today delegated tactical decisions to the local commanders, the political leadership is far more aware of the situation on the ground.

On their part, after 16 rounds of talks, the PLA generals have probably realized that India in 2022 is not the same as in 1962 and their Indian counterparts will not bend backward.

In fact during this exercise, officers from both sides have learnt to know each other; they today understand better the other’s mindset and motivations. One should add that the political leadership meets far more frequently than Mao and Nehru did, which is a good thing. A better understanding of India’s principled and firm stand could hopefully act as a deterrent for China.

Further, senior generals in the Indian Army, Air and Navy headquarters are today more professional and are ready to make their voices heard. It was certainly not the case in 1962, when a Chief of Air Staff did not even dare to try to convince his political masters to use the IAF, despite the fact that, after the split with the Soviet Union, Delhi had the full knowledge that China had no Air Force on the plateau and even lacked the necessary fuel supply.

Sixty days later, the infrastructure on the Indian side has tremendously improved (on the Chinese side too); there was a time when an argument was heard on the borders, particularly in Arunachal Pradesh: “It is better not to build roads on our side, otherwise they can be used by the Chinese invading troops once again”.

During the last few years, though the PLA always keeps a superior edge in infrastructure (the terrain is also easier on the plateau), Delhi worked hard to reach every corner of the 3,500 km LAC with China.

One important factor in the ‘defeat’ in 1962 was the failure of the Indian intelligence. The intelligence inputs were probably there (through Wing Cdr Jaggi Nath’s secret flights or the regular reports of the Indian Consul general in Lhasa, the Indian Trade Agents in Yatung, Gyanste and Gartok, but also the Tibetan refugees in India), but they were not properly analyzed by the Intelligence bosses, who were too busy obeying the ‘ideological’ orders of their masters; this was particularly true for the Director of Intelligence Bureau who had served too long in the job.

Another important factor which may force China to think twice before embarking on a new 1962: the Tibetan population living in India and particularly on the borders is emotionally and physically supporting India. The role of the Special Frontier Force, composed of Tibetan commandos during August 2020 on the Kailash range, south of the Pangong tso, is a case point which should not be underestimated.

The Tibetan populations on the plateau are also aware that their countrymen in India are allowed to practice their own faith and freely follow their leader, the Dalai Lama; it is not the case north of the McMahon Line.

In case of a long conflict, it could be a determining factor.

Finally, the Ukraine war has demonstrated that it is not easy to win a short ‘local’ war, like China had hoped to do; even if the Middle Kingdom is in advance in many domains compared to India (theaterisation of defence forces, infrastructure, use of Artificial Intelligence, drones, etc.), there is no way for China to ‘teach a lesson’ to India today.

Finally, post-COVID pandemic, the world opinion is much more aware of China’s totalitarian side than two years ago. In case of a conflict, this would translate into better real-time intelligence sharing and support; this can’t be neglected.

Xi Jinping, the CMC Chairman was probably briefed of all these changes when he recently visited Xinjiang and met the top brass of the Western Theater Command and the Xinjiang Military District.

But would China become desperate, due to an economic collapse for example, adventurism could be a way-out for a totalitarian regime.

Though India has learned many lessons, but should remain aware of these dangers; especially knowing tomorrow’s war(s) may be ‘unrestricted’, fought on multiple new fronts simultaneously.

One thought on “Had India employed its Air Force in 1962, there would have been fewer casualties”