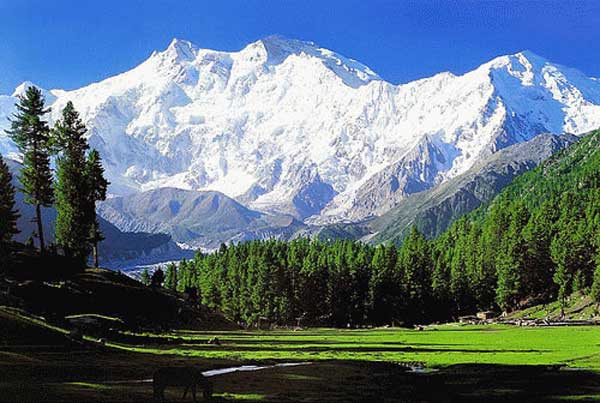 Gilgit-Baltistan (GB) was recently in the news; according to Pakistani media, it will soon become the fifth province of the country. The announcement was made by Ali Amin Gandapur, the federal minister for Kashmir and Gilgit-Baltistan Affairs: “After consultation with all stakeholders, the federal government has decided in principle to give constitutional rights to Gilgit-Baltistan,” the minister said.

It would be elevated to the status of a ‘provisional’ province.

Two commentators wrote in the Karachi newspaper, The Tribune: “With this single move, Pakistan secures vital geostrategic, economic, and energy interests, and at the same time fulfills GB’s most enduring demand for constitutional recognition.”

This just shows that the analysts have probably never read the UN Resolutions of 1948 and 1949 and are obviously proxies for Beijing.

The Scrapping of Article 370

One year ago, the abrogation of Article 370 of the Indian Constitution triggered a lot of typing on the keyboards of Indian as well as foreign journalists. Most of the scribes were ill-informed about the legality of the issue, but generally the Indian press dealt with the subject more decently; it was not so with the foreign press.

The Government of India is definitively to be blamed; the Ministry of External Affairs (MEA) should have ‘educated’ the press by giving a full historical briefing on all facets of the issue.

One problem is that the MEA functions today without a Historical Division, (in the 1990s, some smart mandarins thought they knew everything and that this division was not required); South Block should have prepared a “background note on the Kashmir issue and the history of the temporary Article 370 of Indian Constitution”, but probably nobody had time for such niceties. The same applies to GB today.

What are the facts?

A few years ago, I came across a Top Secret note written (probably written by Sir Girja Shankar Bajpai, the secretary-general of the ministry) in the early 1950s. Entitled “Background to the Kashmir Issue: Facts of the case”, it makes fascinating reading. It starts by a historical dateline: “Invasion of the State by tribesmen and Pakistan nationals through or from Pakistan territory on October 20, 1947; ruler’s offer of accession of the State to India supported by the National Conference, a predominantly Muslim though non-communal political organization, on October 26, 1947; acceptance of accession by the British Governor-General of India on October 27, 1947, under this accession, the State became an integral part of India; expression of a wish by Lord Mountbatten in a separate letter to the Ruler the fulfillment of which was to take place at a future date when law and order had been restored and the soil of the State cleared of the invader, the people of the State were given the right to decide whether they should remain in India or not.”

Then the note mentioned the invasion of the State by Pakistan Regular Forces on May 8, 1948. As J&K was part of India, the note said that it was “in contravention of international law. One of the grounds for this military operation, as disclosed by Pakistan’s Foreign Minister himself, was a recommendation of the Commander-in-Chief of Pakistan that an easy victory for the Indian Army was almost certain to arouse the anger of the invading tribesmen against Pakistan.”

Pakistan was not interested in the plebiscite, further they wanted to grab Buddhist Ladakh for the wealth of its monasteries. The note observed “Pakistan, not content with assisting the invader, has itself become an invader and its army is still occupying a large part of the soil of Kashmir, thus committing a continuing breach of international law.”

Pakistani politicians (and others) often quote the UN Resolutions; very few have read them.

The Cease-Fire: A telling event

Following the ceasefire of January 1, 1949, the military representatives of India and Pakistan met in Karachi between July 18 and 27, 1949, under the auspices of the United Nations Commission for India and Pakistan. Before leaving for Karachi, the delegates had a briefing from Bajpai who explained the legal position in detail to the delegates. He told them that the resolution of August 13, 1948 “had conceded the legality of Kashmir’s accession to India and as such no man’s land, if any, should be controlled by India during the period of ceasefire and truce.” Thus, the Line of Cease Fire (now LOC) was drawn and accepted by Pakistan on this very principle. Islamabad has conveniently forgotten this.

The Case of Gilgit

A few months ago, I came across an interesting announcement published in the 1948 London Gazette which mentioned that the King “has been graciously pleased… to give orders for… appointments to the Most Exalted Order of the British Empire…” The list included “Brown, Major (acting) William Alexander, Special List (ex-Indian Army).”

Who was this officer?

Brown is infamous for illegally ‘offering’ Gilgit to Pakistan in 1947.

The British Paramountcy had lapsed on August 1, 1947, and Gilgit reverted to the Maharaja’s control. Lt Col Roger Bacon, the British political agent, handed his charge to Brig Ghansara Singh, the new governor appointed by the Maharaja. Maj Brown remained in-charge of the Gilgit Scouts.

Despite Hari Singh having signed the Instrument of Accession and joined India, Maj Brown refused to acknowledge the orders of the Maharaja, under the pretext that some leaders of the Frontier Districts Province (Gilgit-Baltistan) wanted to join Pakistan. On November 1, 1947, probably under order from London, he handed-over the entire area to Pakistan.

There is no doubt about the illegality of this mutiny, but was the British Headquarter informed? At the time, the entire Pakistani Army hierarchy was British. So, the answer can only be that Maj Brown’s British bosses were aware of his ‘gift’ to Pakistan. The fact that he was appointed to the OBE is further proof. The King does not usually appoint ‘deserters’ or ‘rebels’ to the august Order.

Even today, this has serious implications for India. The UN resolutions of January 17, 1948, and August 13, 1948, and January 5, 1949, (UNCIP Resolutions) make it clear that “Pakistan cannot claim to exercise sovereignty in respect of J&K.”

It also means that the agreement signed on March 2, 1963, between Pakistan and China about the Shaksgam Valley of the Gilgit Agency being transferred to China is legally invalid.

Amazingly, three years ago, the British Parliament passed a resolution confirming Gilgit-Baltistan was part of Jammu and Kashmir.

The motion was tabled on March 23, 2017, by Bob Blackman of the Conservative Party. It reads: “Gilgit-Baltistan is a legal and constitutional part of the state of Jammu and Kashmir, India, which is illegally occupied by Pakistan since 1947, and where people are denied their fundamental rights including the right of freedom of expression.”

Why doesn’t the MEA publish a White Paper on the background of GB’s accession to India and make it widely known?