From Military Memories to Today's Events!

is a Translator, Columnist, and a Former Member of the Afghan National Army. He Mostly Writing and Translating on Afghanistan and the Middle East Issues. 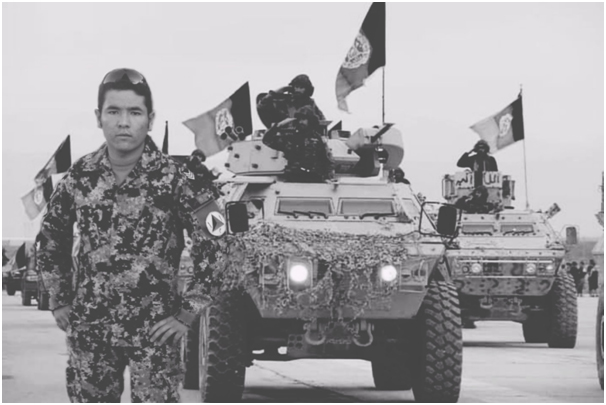 I sometimes miss memories for its events, bitterness, and sweetness.And I pray that God give me another chance to fight and sacrifice again from the homeland. In the depths of war events, discrimination, prejudices, and bone-chilling tribalism go to the battlefield and get into a struggle. Therefore; A memory of the memories that I was a member of the Afghan National Army (ANA) in 2013.This memory is limited and related to the province and areas where bloody and heart-rending events are reported today. It hurts my soul and psyche very much.City of Sheberghan; Jawzjan province in the north of Afghanistan, precisely in 2014, we had a three-month combat mission under the commanding of the 1st Brigade of 209th Shaheen Corps to Jawzjan province in northwestern of Afghanistan.

Military Mission in the City of Leila and Dreams

Therefore; In this mission, we have been sent to a base on duty called “Zero One Army Base”in the Sheberghan at the center of Jawzjan province in northern Afghanistan. Accordingly; In the beginning, we sometimes performed our duties according to the intelligence and detective reports in the city and outskirts of Sheberghan city in the center of Jawzjan province.But little by little, the days came when security threats partly worsened and deteriorated in Jawzjan province in northwestern Afghanistan.However, the Sheberghan city is the city of Leila; It is a beautiful city and the city of dreams!

Lack of Serious Management at the Afghan National Army level

However; According to intelligence and detective reports, a joint clearing operation was launched to clear the Darzab district of Jawzjan province from Taliban fighters and insurgents in that area.On that promised day, this clearing operation began on Saturday morning in early March in the spring of 2014.Thus; In the section and in the team that I was working on, it is evident that doing duty in this sector is the most dangerous task in the army and military sectors. Finally; The army operational train left towards Darzab district of Jawzjan province.Therefore, I was miserable and Unparty that I was in the mining engineering team’s most dangerous and infamous army sector. I sat in the first tank in the frontline of the operation.This way; The army operational convoy is heading towards Darzab district.Before reaching Darzab district, we got the Qushtepeh district of Jawzjan province, leading to Darzab district.But we encountered an enemy ambush that numberedno more than five Taliban insurgents and fighters. They stopped and challenged a 400 army caravan for hours. So; It was there which I was as a soldier in the army, felt uneasy and dissatisfied with the weakness and lack of serious management at the Afghan National Army levels.

Eventually; The ambush did not cause any casualties and ended well. Our train and operational caravan stopped there for a few minutes. The people of this region are all Afghan Arabs. As it turned out, these people hated the army and the Afghan militaries very much. However; Our team, which was at the forefront of this operation. I was surprised and astonished that all the children of this area came in groups and beat the army tanks with stones and sticks. They addressed all of us as infidels!But according to intelligence sources; Reconnaissance, and local police in the area, Pakistani trainers and teachers were warmly present for some things there. It means that these Pakistani trainers were the basis for terrorist and training attacks against the Afghan national army and the Government of Afghanistan and 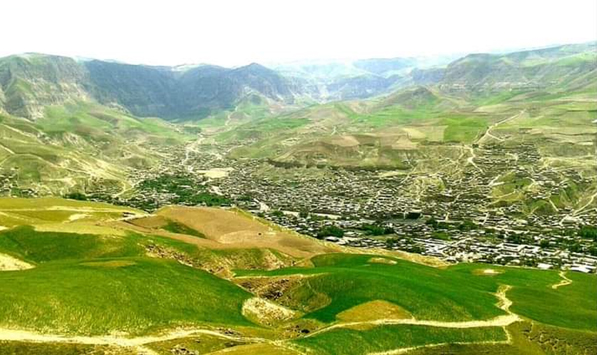 Memories and Bravery of Dear Farhad

well! Anyway! We were approaching Darzab district, but our driver was named Farhad. He was from Baghlan province from the north of Afghanistan. Ergo; Here, due to the lengthening of the text, I cannot blacken the paper more than the struggles and bravery of dear Farhad. However, Farhad is not a pseudonym name, but it’s his real name. Farhad is never with us, and he will never be among us anymore. Farhad was a brave, happy, and kind soldier. Furthermore; He was also a very professional and experienced driver in the army department. He drove steadily and stubbornly on the mountains and dirt roads in the Darzab district of Jawzjan province.But dear Farhad was often happy with the sorrows of this damn world, and even he was not afraid of the enemy. During the duty, everything I said to Farhad he just said obeyed. He always called me his brother and his best friend.Dear Farhad! Sometimes he also listened to Afghan songs such as Ms. Naghmeh and Mirmaftoon songs.However; After that, unforgettable memories; It was a day of days that I heard the bitterest news about dear Farhad. Therefore; Later in another military operation in Faryab province, the neighboring Jawzjan province in the north of Afghanistan, he lost his sweet life in a roadside bomb blast. He left us all alone.My soul and psyche became very sad and wounded after hearing this news. May the dear Farhad memory be praised!

As a result, We finally reached to our destination in Darzab district, where bloody security reports were later reported about its security. But at that time means, in 2014, security issues in Darzab district of Jawzjan province were not such catastrophic and shocking compared to today. Our train caravan was patrolling everywhere, but we did not face any security threats. Around was prosperous; Green; It was tremendous and flourishing because, at that time, it was early spring in 2014. It was full of freshness and pleasantness everywhere, especially in the Darzab district of Jawzjan province and the northern regions of Afghanistan, which are so charming and delightful in spring days and seasons. Northern Afghanistan, and especially the city of Sheberghan, the center of Jawzjan province, is a place that a person falls in love with its every moment.

Additionally; The people of these areas are very cheerful; hospitable; They are peaceful and civilized. However; All the boys and girls in the Darzab district were going to school. They were almost welcoming the NA (National Army) caravan. On the other hand; The women, girls, and students of this area seemed instead a citizens. But the women all wore blue burqa veils. Hence; We also did not feel any security risk among these semi-civilized people because everything seemed excellent and excellent.The spring of 2014 was green and pleasant, so I will never forget those days and times in the rest of my life. Finally; This operation was ended and completed, and we returned to our base. But later, I read in an investigative report in (RFERL) that the ISIS or Daesh terrorist group in the Darzab district of Jawzjan province did a lot of oppression on these oppressed and poor people. therefore; you can read this tragic, sad, and shocking report on the aggression and crimes of ISIL against the people of Darzab district of Jawzjan province in northern Afghanistan at the following address: http://www.b2n.ir/rferl.org

Being a Hazara is Still a Crime in Afghanistan

Being a soldier, Providing security and security services in a war-torn country, With corrupt officials and authorities amid all kinds of ethnic prejudices and discrimination, Racial and religious-like Afghanistan is not easy. But it is a dangerous and painful job.Sometimes it even leads to death; I have witnessed such days against my friends, teammates, and peers.Therefore, I joined the Afghan National Army in 2013 with thousands of enthusiasm and interest.But when I joined the army and entered the scene. I was confronted with hundreds and thousands of kinds of violence, ill-treatment, bigotry, and bone-chilling discrimination as a Hazara from the Hazara people, under the name of Hazara. But at first, these issues were very far from my imagination.So, The first and worst thing that happened to me was at the “KMTC” or (Kabul Military Training Center). My trainer introduced himself as a particular follower of Abdul Rab Rasul Sayyaf from the Paghman District of Kabul. I arrived late due to a slight delay in counting of soldier’s program.This teacher beat me enough and inhumanely without any legal reason. I was so overwhelmed by the pain that I will never forget such pain, and it has become the bitterest of my memories.That was when I felt, yes! These behaviors and violence are not new in Afghanistan. But have the bitterest pages in our history.Because I am a Hazara and being a Hazara is almost a crime in Afghanistan, I said to myself, yes! I have to endure these days, and there is no choice but to take a bear. Well! Anyway. I have faced all kinds of violence and racial discrimination since joining the Afghan National Army from Kabul to Jawzjan, Jawzjan to Faryab province in the north of Afghanistan.Until the national justice, social justice based on national participation of all ethnic groups in Afghanistan are not considered, this process will continue in Afghanistan. It is; what a bone burner!

From Soldiery to Living Under the Shadow of Security Threats

However; All these things must be forgiven, and the republic’s government fell with all its goodness and injustice.But today is most important than anything, it is the freedom and security of Afghanistan’s former militaries. Thus, since the Taliban group took power in Afghanistan, they have issued a false declaration called “General Amnesty” against the soldiers and employees of the previous government.This statement was a lie and meant the revenge and killing of soldiers and militaries in Afghanistan’s former state.Therefore; The Taliban group has continued to take revenge, commit crimes, and kill soldiers against the militaries in the previous Afghan government since coming to power in Afghanistan.In central Afghanistan, the Taliban group in provinces such as Ghor, Ghazni, and Daykundi killed soldiers. Especially the Hazara militaries and employees who were members of the former Afghan government.With this situation; Here is not and will not be a safe place for me, my friends, and my military allies.This place has become a valley of terror and panic for us.Can no longer be heard the voice of humanity here. All the media, newspapers, magazines, and televisions are censored in favor of the Taliban out of coercion and fear.However; Here, life transformed into a hell anymore, the hell we are burning in its fire, but our cries are not heard.Eventually, I suggest that you read an example of the Taliban’s crimes and killings against the Hazara minority and the military of the former Afghan government at this address: https://b2n.ir/amnesty.org. And finally, I apologize for everything; dear readers, who are reading my bitter-sweet stories and memories, thank you in advance.