Domination Depends on Naval Prowess: Challenges for the Indian Navy in Future

is a Senior Assistant in the Guru Nanak Dev University, Amritsar. 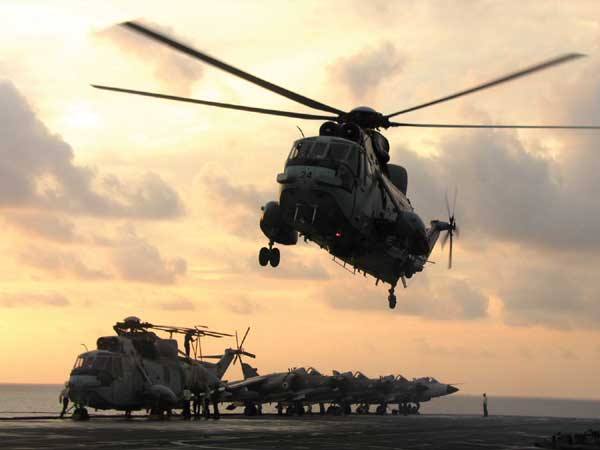 After, the Battle of Trafalgar in October 21, 1805  when Nelson with his superior and organized armada defeated Napoleon’s allied forces then the era of overseas domination started with Great Britain as the sole maritime power in the world and in the Indian context, there is a long way to go for the status of ‘A blue-water navy’.

The trials of India’s first indigenous aircraft carrier (IAC-1) Vikrant successfully completed sea voyage and the performance of the key systems of the 40,000-tonne warship was found to be satisfactory. The aircraft carrier, built at a cost of around Rs 23,000 crore, set sail for the crucial sea trials ahead of its planned and now inducted into the Indian Navy. The delivery of the ship is being targeted to coincide with celebrations to commemorate the 75th anniversary of India’s independence ‘Azadi Ka Amrit Mahotsav’.

The aircraft carrier set off on sea voyage, 50 years after its namesake played a major role in the 1971 war against Pakistan is a great milestone in Indian history. Its construction began in 2009. Around 550 Indian firms including about 100 Micro Small and Medium Enterprises (MSMEs) are registered with the Cochin Shipyard Limited (CSL) and they provided various services for the construction of the IAC, a great technological feat in the history of India. The Indian Navy has been focusing on significantly bolstering its overall capabilities in view of China’s growing efforts to increase its military presence in the Indian Ocean Region. The Indian Ocean, considered the backyard of the Indian Navy, is critical to the country’s strategic interests not only in India but also in the world maritime scenario.

China recognizes that geography gives India a special position in the Indian Ocean but it has warned that the ocean is not India’s backyard and is not India’s Ocean. Since 2015, China’s Defence Papers have linked its national security and development interests. Throughout, China joined Indian Ocean Region (IOR) with its Belt and Road Initiatives, China’s naval strength in the Indian Ocean is greater than India’s. The People’s Liberation Army Navy (PLAN) is bigger than the Indian Navy and it can deploy more sea-based aircrafts. India is safeguarding its interests in the IOR. So, the Indian Navy has to be significantly increased its deployment of warships, submarines and other assets in the IOR, in an attempt to send across a message to China.

The operationalisation of the naval base in Coco Island also tilted the balance in favour of the Chinese. During independence, Britishers, offered Coco Islands to India but due to a lack of strategic vision it was then not accepted by the then leadership and the island was given to Burma, a setback for the country. The part of a territory whether it is of strategic importance or not cannot be given to any other country.

But the main bone of contention is the China-Pakistan Economic Corridor (CPEC) involving an investment of $ 51 billion. CPEC challenges Indian sovereignty by traversing through Gilgit-Baltistan as a part of Beijing’s larger Eurasian OBOR project. With the Maritime Silk Route, China is evidently seeking to surround India with a ‘String of Pearls’ a new spike added to this strategic venture is its new military base in Djibouti in the Gulf of Aden a main Geo-strategic location where almost 80 per cent of international maritime trade passes through this route.  India receives $ 50 billion in imports and sends $ 60 billion in exports through this area annually. The US, Britain, Russia and France already have naval bases on this route. But India will be dependent on others in case of any adverse eventuality or war. China has also taken the land in lease from many African countries which clearly show its desire for domination of the IOR. There is no way other than to increase the Indian SSBN’s and send them to international waters. These SSBN’s equipped with the cruise missiles and tactical nuclear weapons in combat readiness mode to attack underwater to underwater, underwater to air, underwater to surface, underwater to space and even underwater to Bunkerbusters missiles. Will the day come when Indian submarines moving around in world oceans?

India has taken the initiative for substantial defence reforms.  Our forces are in the process of improving jointness through operational commands. Chinese president Xi-Jinping who heads the Central Military Commission (CMC) has ordered and supervised the reorganization of combat formations against India reducing three commands to a single Western Theatre Command headed by a General. China border with India is managed by ITBP, four army and three air commands and Indian navy is aimed to deter China.

In recent years, China has strengthened trade ties with Middle East countries. Beijing is a major import-export partner of India’s friend, Israel. It is also Saudi Arabia’s largest trading partner and is helping to finance Riyadh’s ‘Vision 2030’ to help diversify the Saudi economy and transform Saudi Arabia into a major industrial powerhouse and an international logistics hub. Indian diplomats must take the steps cautiously regarding these developments.

In the South China Sea, after US house of representative speaker Nancy Pelosi’s visit to Taiwan on August 2, 2022, the US and its allies such as Britain, France, Australia and Japan sailed warships towards hard- balancing against China and ensure freedom of Taiwan and navigation in the region, they were cautious not to club with the US Navy in sailing through waters within 12 nautical miles of China’s rocks and islands partly due to fluctuations in US commitments and hesitations to risk relations with China in the economic realm. The US administration not only articulated an innovative geographical expression for Asia-Pacific by renaming it Indo-Pacific and underlines the centrality of India to the region but containing China and gathering allies became central to the strategy. So, we should not be far behind the lines.

Chinese think they have a responsibility to dominate the world due to its middle kingdom syndrome. The Chinese military strategy is based on the doctrines of ‘Sun-Tzu’ a military thinker in the 5 the century B.C and its military treatise “The Art of War” in which main strategies are laying plans, attack by stratagem with dispositions and use of energy after examining weak and strong points of the enemy and now the CCP’s Central Military Commission is doing so by making String of Pearls, CPEC and OBOR projects worldwide. India desperately needs overseas naval base.

In the Union Budget for 2021-22, the defence sector has been allocated Rs 4.78 lakh crore, including an outlay for the payment of pensions, against last year’s Rs 4.71 lakh crore. The total amount includes capital expenditure of Rs 1.35 lakh crore to purchase new weapons, aircrafts, warships and other military hardware against the capital outlay of Rs.1.31 lakh crore during 2020-21. Last year, the jump in the revised expenditure for 2020-21 of the Navy and Air Force was much more. In the ongoing fiscal, the Air Force overshot its original allocation by Rs 11,773 crore and the Navy spent Rs 10,854 crore above its budget. In comparison, the Army spent Rs 821 crore above its allocation. Military experts, in general, have expressed satisfaction at the overall allocation. Keeping in View of the threat perception from China, Pakistan and our strategic interests, India needs to increase its defence outlay from 2.1 to 3 percent of the GDP. New defence budget is 9.8 per cent to INR 5.25 trillion is bigger but not necessarily better.

In this age when US and China are heading towards Super Aircraft Carriers, India at present needs 6 to 8 IAC’s to meet the maritime challenges across the world including a nuclear powered aircraft carrier along with submarine fleet and making an IAC within a time span of 14 years is too long. We need do it fast. The US’s DARPA and China’s Nanjing University of Aeronautics & Astronautics are also working on the concept of flying submarine and unmanned underwater vehicles (UUV’s) technologies. Even DARPA laboratories in the United States are testing some of these concepts. As, our policymakers have not advocated the ‘Counter Value Force’ against our adversaries. We are surrounded by hostile neighbours. We cannot ignore this stark reality. Ultimately, no way to escape, only have strong armed forces.

(7) Tanmay Kadam, “Flying submarine China testing ‘sub-drones’ That can fly and float; goes one up on US Navy’s submersible aircraft concept.” The Eurasian Times Aug 10, 2022.

(8) Arun Prakash, “For a stronger navy India needs to fast-track the submarine project,” The Indian Express May 16, 2022.