Did the British Really Divide India to Rule? 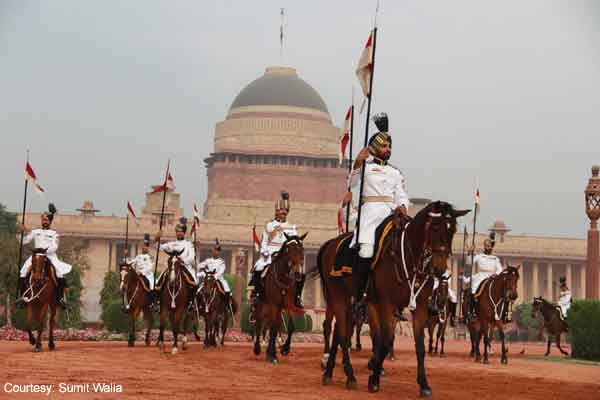 While studying Indian history in school days, one was repeatedly told that the British resorted to ‘divide and rule’ policy to gain control over India. The tone and tenor of such a description painted the British as unscrupulous schemers who exploited the simple, trusting and gullible Indians. As a young student one accepted the above statement at its face value without any questions and grew up in the belief that we Indians are a highly united lot and our subjugation was due to devious tricks and policies of the British.

At a later stage, one started wondering why Indians let themselves be divided by outsiders and why they could not foresee the result of their disunity. Sadly, the truth is that our approach, attitude and practices have always been directed towards remaining disunited. Caste system divided the society in distinct segments. Presence of multiple religions, sects and sub-sects in the sub-continent prevented social cohesion.

…the truth is that our approach, attitude and practices have always been directed towards remaining disunited. Caste system divided the society in distinct segments. Presence of multiple religions, sects and sub-sects in the sub-continent prevented social cohesion

The much touted Swayamwar (selection of spouse by a princess in an open forum) is indicative of this deficiency and our total disregard for forging unity. Whereas matrimony amongst the royals in the Europe has always been an instrument of forging strategic alliances, Swayamwar invariably created more enemies than friends. All rejected princes and kings felt insulted, nursed a grudge and waited for an opportunity to take revenge to redeem their self-esteem. History bears testimony to the fact that every Swayamwar was followed by acrimony and internecine wars.

Reverting back to the role of the British, they never divided us to rule. They did not need to do so. We have always been and continue to be a divided lot. Formation of states on linguistic basis was never attempted by the British. Mandal Commission was not constituted or implemented by them. Nor was the Babri Masjid demolished by the British.

The current agitation in Maharashtra has not been initiated by the East India Company. Caste based reservations and quota system, the prime splitter of the Indian body politic, were not invented by the erstwhile rulers. Nor are they preventing us from enacting a uniform civil code. The list is endless.

We have a knack and penchant for generating innovative issues to divide ourselves. We are doing our best to ensure that we remain embroiled in petty bickering and internal dissentions. To us, our region, religion, caste and sub-caste are more important. Worse, we flaunt this narrow identity and give it precedence over nationalism. If after 60 years of independence, Kashmir and the North East are still not emotionally integrated with the country, the failure is ours.

If India continues to exist as a nation, credit will be due to three institutions – the armed forces, the higher judiciary and the Election Commission. They are also the only hope.

Undoubtedly, the politicians are the fountainhead of all fissiparous tendencies. One does not have to be a visionary to predict the danger of abetting illegal migration from Bangladesh for garnering votes. North Indians in Mumbai are not welcome but illegal Bangladeshis can stay. If political leaders can imperil national security for the sake of power, they can stoop to any level. Sadly, they cannot be expected to change as they believe in the ends and not the means employed. To them, vote bank politics preclude letting countrymen stay united. Additionally, spineless and politicized bureaucracy simply follows their dictates and cannot be expected to deliver either.

Immense damage is also being inflicted on the unity of the country by the media through its irresponsible and thoughtless reporting. For the sake of cheap sensational news, petty vandals are given the coverage befitting a mass leader. Every news item is reported with a religious, caste or creed slant – ‘a dalit girl molested in a Delhi bus’ (as if other women are not molested in Delhi buses) or ‘church guard killed’ (in reality an argument between two security guards had turned violent) or ‘muslim driver runs over a boy’ (his being a muslim is of no relevance). It is obnoxious to see articles spelling out proportions of different castes in a constituency and predicting victory of the candidate from the majority caste, thus promoting caste based politics.

If India continues to exist as a nation, credit will be due to three institutions – the armed forces, the higher judiciary and the Election Commission. They are also the only hope.

As regards the armed forces, the nation owes its security, both external and internal, to its apolitical nature and nationalism. It is a symbol of national integration and a repository of best human values. It is an island of discipline and orderly behaviour in a sea of chaos and anarchy. A foreign observer wondered whether India deserved such a fine organisation. Unfortunately, concerted efforts are being made to demean and demoralize this shield between cohesion and disintegration.

If an Indian citizen still respects law and believes in its fairness, the credit is entirely due to the independence and pro-activity displayed by the higher judiciary. Having been let down by the Parliament and the executive, people look at the judiciary as their sole hope. Therefore, it must step forward to shoulder additional responsibility, opinion of conservative constitutional experts not withstanding.

In a secular country where religion is a highly emotive issue, it is best to shift all religious activities from public domain to private domain.

First, anyone promoting hatred between communities or undertaking divisive actions should be punished for anti-national activities or even treason/sedition, as internal dissentions are the start point of all civil strife.

Secondly, cost of all damages caused to public and private property must be recovered from the leaders of the vandalizing mobs with deterrent imprisonments. In case of fatalities, they should be charged with murder.

Thirdly, any government found abetting disorder, both through overt support or tacit inaction, should not be allowed to stay in power.

Fourthly, a blanket ban should be put on all religious processions and use of loudspeakers in religious places. In a secular country where religion is a highly emotive issue, it is best to shift all religious activities from public domain to private domain.

The Election Commission can play an extremely important role with its constitutional powers. Any party that does not swear by the integrity of the country and equality of all citizens should be banned. Similarly, any party that promotes hatred amongst various segments of Indian society on any grounds whatsoever must be proscribed. Even religion-based parties which disallow followers of other religions as its members should have no place in a secular country.

It is the duty of the Election Commission to ensure that political parties are not allowed to play vote bank politics at the cost of national cohesion. All defaulting parties and their leaders must be handed out exemplary punishment, debarred from standing in elections and their political careers sealed.

The British controlled the whole of Indian peninsula with a maximum of 60000 troops. Today every state has a police force of more than that strength and yet divisive forces are rampant. If India has to survive and prosper as a united nation, it is time corrective action is taken. Let us not force the next generation to rewrite the history books to say that India can remain united only when subjugated by a foreign power or that an independent India is always a divided India.

16 thoughts on “Did the British Really Divide India to Rule?”