DefExpo 2016 – politics overtaking all else ? 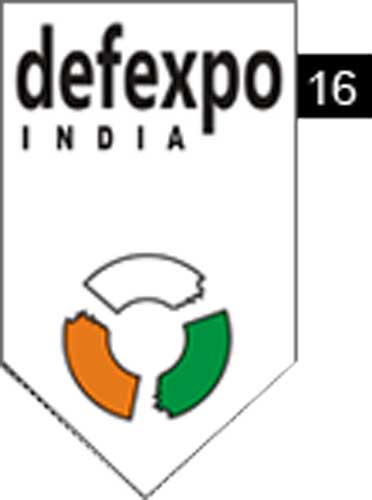 With the world in turmoil, the need for arming and modernizing militaries and the enormous finances of the arms industry, defence and defence related exhibitions and fairs have become a regular feature with some held annually world over. Held under multiple names, these have become a regular feature in cities like Paris, Seoul, Farnborough, Tokyo, Beijing, St Petersburg, Doha, Amman etc. In India, the DefExpo is held in New Delhi and the Aero-India exhibition is held at Bengaluru. Globally such events are held at fixed venues, generally at the country’s capital because of valid reasons like infrastructure, accessibility by participants, officials – particularly the defence officials of the country where the event is held, businessmen, visitors, public, accommodation and the like. In India, all the eight editions of DefExpo till now, an exhibition of land and naval systems have been held in the national Capital for these very reasons, including the facilities available at Pragati Maidan. The Aero-India exhibition is held in Bengaluru in the sprawling Air Force complex. DefExpo 2014 commencing February 6 was held in New Delhi while Aero-India 2015 was held at Bengaluru from 18 to 22 February 2015.

What is largely unknown is that during the 10-year rule of the erstwhile UPA government, numerous defence projects were quietly being channeled to Kerala by the MoD, turning it into a major hub of military facilities.

The neglect of defence in India over the past decade has been in the news from time to time. Gen VK Singh, then Army Chief (now MoS in the Modi government) was constrained to write to the then Prime Minister Manmohan Singh about criticalities in the army. The military being starved of critical  equipment was even commented upon by former diplomats who compared the condition of the armed forces to what it was in 1962. The fact that we continued to import 70 percent of our defence needs indicated the largely defunct defence-industrial complex in the country.  To top this, the CAG had been pointing out corruption across the board with 30 percent of defence equipment produced indigenously being substandard, low end technology and being given at higher prices to the armed forces than what was available commercially off the shelf on the global market. The erstwhile UPA government was also indulging in banning defence firms at the drop of a hat even because of anonymous letters but then some bans were mysteriously revoked without explanations, with rumours of reasons for the latter not being so clean.

What is largely unknown is that during the 10-year rule of the erstwhile UPA government, numerous defence projects were quietly being channeled to Kerala by the MoD, turning it into a major hub of military facilities. When the erstwhile Defence Minister laid the foundation stone for the Coast Guard Academy at Azhikkal, it was the seventh major defence project to be commissioned in the state since he took over the defence portfolio. Next, the green light for setting up of the National Institute for Research and Development in Ship Building (NIRDESH) at a cost of Rs 600 crores near Kozhikode was given. Then came setting up of the strategic electronics unit of HAL at Kasargod costing Rs 200 crores specializing in  aviation electronics, building radars, navigation systems, mission computers and early warning systems for the LCA, ALH and Sukhois, all under HALs Hyderabad-based aviation division. In addition was the fourth manufacturing complex of  Bharat Earth Movers Ltd (BEML) at Palakkad a a cost of Rs 260 crores for building Tatra vehicles, floating bridges and all other forms of military vehicles. Bharat Electronics Limited (BEL), another DPSU, set up a product support centre at Kochi’s Kerala Infrastructure Development Corporation (KINFRA). The cruise missile manufacturer, BrahMos Corporation, took over Kerala’s state run Kerala High-Tech Industries Ltd (Keltec), which was renamed BrahMos Aerospace. 20 kms from the Coast Guard Academy is the Indian Naval Academy at Ezhimalla, which was inaugurated by the UPA II’s Prime Minister in presence of his Defence Minister.

When all the last DefExpos have been held at New Delhi, there is no reason that DefExpo 2016 cannot be accommodated at Pragati Maidan.

The focus on Kerala was evident when while laying the foundation stone for the Coast Guard Academy at Azhikkal, the then Defence Minister had stated that apart from defence projects even public sector institutions could be brought to Kerala. Needless to point out that in facilitating a series of defence projects in Kerala the primary target was the electorate in Kerala, other consideration being of little consequence. Considerations like availability of raw material, distances for transportation and the cost of delivering the finished products to the users (the military) were irrelevant against political benefits to Antony himself. For example what would be the cost of moving Tatra and all other forms of military vehicles produced in Kerala to formations and units pan India including those in Northern and Eastern Commands? But then, we continue to follow the legacy of the British in officially designating the Defence Secretary to be responsible for the defence of India, leaving the Defence Minister to his own antics and jugglery. Such reasons have contributed to a situation where we are without a national security strategy 68 years after Independence while national security all along has been given lip service with an MoD devoid of military professionals and Defence Ministers who depend on advice of unaccountable bureaucrats manning the MoD.

Now the present government has announced that the next DefExpo in India will be held in Goa from 28 to 31 March 2016. The reason being given is that the Indian Trade Promotion Organization (ITPO) cannot make Pragati Maidan available for DefExpo 2016, which doesn’t make sense since ITPO is accountable to the Government of India. When all the last DefExpos have been held at New Delhi, there is no reason that DefExpo 2016 cannot be accommodated at Pragati Maidan. These are not spur of the moment decisions that have come as a first time surprise to ITPO. As it is, the DefExpo is held every two years and the plans for the each year are chalked out by ITPO months in advance. MoD’s statement that no decision has been taken yet to shift Aero-India out from Bengaluru too is mere diversionary tactics as the two events are not linked. It is apparent that political considerations are overtaking everything else in the sphere of defence, as in the case of UPA II discussed above.

As mentioned earlier, events like DefExpo are held at fixed venues, generally at the country’s capital because of reasons like infrastructure, accessibility by participants, officials – particularly the defence officials of the country where the event is held, businessmen, visitors, public, accommodation and the like. In India, all the eight editions of DefExpo till now, an exhibition of land and naval systems have been held in the national Capital for these very reasons, including the facilities available at Pragati Maidan. Defence firms, both indigenous and foreign, participate in events like defence exhibitions to exhibit their products not to the public but to the decision makers and users who order procurements. It is for this primary reason that New Delhi has always been and should continue to be the venue for the DefExpo. The government must acknowledge this basic fact. Additionally, compared to the facilities in New Delhi that have witness successful conduct of all eight DefExpos, Goa only has a small naval base which can hardly accommodate a show of this magnitude. Sure it would give the local hoteliers a field day for for duration of the DefExpo but thn Goa never has a lull of tourists and a DefExpo has much different requirements than International Literary Festival or Film Festivals. Given the size of the Indian Military, the need for modernization and the size of the defence market in India, DefExpo is an important meeting ground of representatives of some of the world’s biggest arms companies that requires much larger infrastructure. Hundreds of defence officials including military officers visit the stalls in the DefExpo on every day of the exhibition, military being the users, which will not be possible in Goa.

The government also needs to consider the enormous additional expenditure in shifting the DefExpo to Goa and the fact that any shift of the event out of New Delhi will have multiple negatives described above. Surely the MoD would not want to imitate the negatives of UPA II. The government should also sense the frustration in the defence industry despite the ‘Make in India’ call when with the hype of US$ 16 billion dollar worth of defence projects “cleared” not a single request for proposal (RFP) or tender has been issued. Given the past record of MOD’s in-house annual review of the defence procurement policy (DPP), which has largely seen cosmetic changes, the industry also awaits with baited breath the new DPP which would not only facilitate ‘Make in India’ but actually provide a level playing field for the private industry. What is actually needed is a comprehensively combined defence procurement and production policy (DPPP) incorporating defence offsets as an intrinsic part of it.

The bottom-line is that the shift of DefExpo from New Delhi to Goa is ill-advised. It must continue to be held in the country’s Capital as hitherto fore. The government needs to take a call on its decision to hold the next DefExpo at Goa.