DDC Elections in J&K - a Ray of Hope! 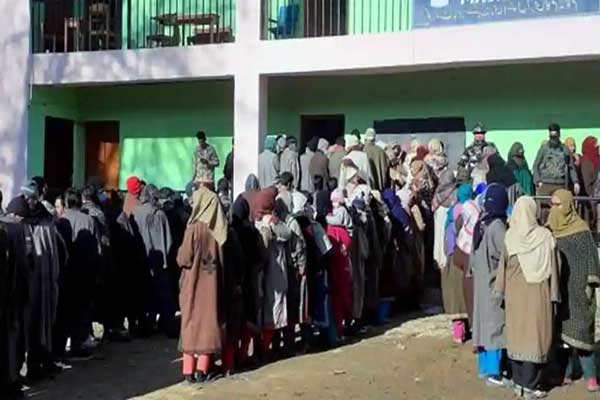 J&K has been bearing the brunt of militancy since late eighties and having suffered a lot for more than three decades, most of people have resigned to the bleak situation and acquired an indifferent outlook about the future. Thus, on August 5, 2019, when the central government under Prime Minister Narendra Modi’s leadership announced the abrogation of Article 370 and bifurcation of the erstwhile state into two union territories (J&K and Ladakh), public response was muted as it was largely believed that this move wouldn’t do anything meaningful to improve conditions, particularly in Kashmir Valley.

…despite its weak standing in Kashmir, base, the BJP showed no sign of relenting and left no stone unturned to create a strong base.

After the abrogation of Article 370, several changes in laws were incorporated to authenticate all procedures pertaining to the union territory (UT) of J&K and holding of District Development Council (DDC) polls was amongst the main features of constitutional changes in J&K. The UT administration had amended the J&K Panchayati Raj Act in October last year so as to facilitate the setting up of DDCs in each district, which would have directly elected members, marking the implementation of the entire 73rd Constitutional Amendment in the UT.

J&K has recently witnessed its first elections since being reorganized as a UT last year with the maiden District Development Council (DDC) polls. This election was held in a phased manner in from November 28 and culminated on December 18. With a total of 2,178 candidates contesting for 280 seats, public aspiration of the democratic process in JK is more than evident.

The Gupkar Alliance, an amalgam of six regional parties, came into being as a result of a series of meetings held at National Conference (NC) chief Farooq Abdullah’s residence on the high-profile Gupkar Road in Srinagar. PDP chief Mehbooba Mufti too has her residence in the same locality. After her release, the Gupkar Declaration was formalised in October as the People’s Alliance for Gupkar Declaration (PAGD), the main motive for its formation was to seek restoration of Article 370 and statehood as well as to keep BJP away from Kashmir Valley politics.

However, despite its weak standing in Kashmir, base, the BJP showed no sign of relenting and left no stone unturned to create a strong base. The coming of traditional political rivals on single platform created history in J&K politics and sent shock waves within political circles all over. Political pundits are of the opinion this formidable alliance could well become major political front in future.

Congress was earlier part of the PAGD but after facing severe criticism from its senior leaders in Delhi, was forced to part ways with the alliance. But this decision didn’t cause much harm to the PAGD as all the Congress could bag was a merely 26 seats in the J&K DDC polls. Son of star J&K Congress leader G A Mir tasted defeat in elections while the performance of independent candidates has been very impressive.

Though the Gupkar Alliance emerged as the frontrunner with 112 seats, it was the Bhartiya Janata Party (BJP), which with 70 seats, became single largest party in J&K. However, while its landslide victory in the Jammu region was expected all along, no one ever believed that it could win even a single seat in in Kashmir Valley. But the BJP surprised political analysts by successfully making inroads in the Kashmir valley by winning three DDC seats-one each in Srinagar, Pulwama and Bandipora. Reacting to this win, BJP National spokesperson Syed Shahnawaz Hussain said that the first lotus has bloomed in Kashmir. Such has been the impact that national daily Hindustan Times carried news of BJP’s Srinagar win under the caption “DDC election: BJP’s Aijaz Hussain wins from Khonmoh-II, gives party first victory in Srinagar”!

Asserting that Prime Minister Narendra Modi’s vision has won his party three maiden seats in the District Development Council (DDC) elections, Hussain feels that this victory ‘marks a change of wave’ in the Valley. This win speaks of two stories — one of an acceptance of the BJP, marking the beginning of new era in valley, and the other, it conveys a strong message to Gupkar ‘Gang’ that the end of divisive and dynastic politics as well as playing with public emotions to garner votes is near.

In this back-drop, assets worth Rs 11.86 crore of NC president Farooq Abdullah have been attached by the Enforcement Directorate in connection with the Jammu and Kashmir Cricket Association (JKCA) money laundering case. PDP youth leader Wahid Para who won from his home town Pulwama was also briefly detained by the NIA in the Dy SP Davinder Singh case.

This election makes it absolutely clear that everyone participated enthusiastically to strengthen democracy at the grassroot level for the development and taking the UT to new heights so that welfare schemes can reach every household.

In this scenario, there is a good scope of a new breed of dedicated politicians emerging in every district. Some of them will contest the assembly elections in the future, as well, and most probably many of them might succeed in replacing those veteran politicians who have been neglecting the masses. Undoubtedly, regional parties will have to face the tough challenge to afoot in the changing political scenario of JK.

LG Manoj Sinha who is at the helm of affairs and has handled the prevailing volatile situation very well and his administrative acumen is very high. He must impress upon the DDC representatives that they should work wholeheartedly to live up to the expectations of the people by delivering on ground so that the damage caused by successive governments in the past is undone and J&K sees a new dawn of development and prosperity.