is Director of The Centre for Land Warfare Studies (CLAWS), New Delhi. 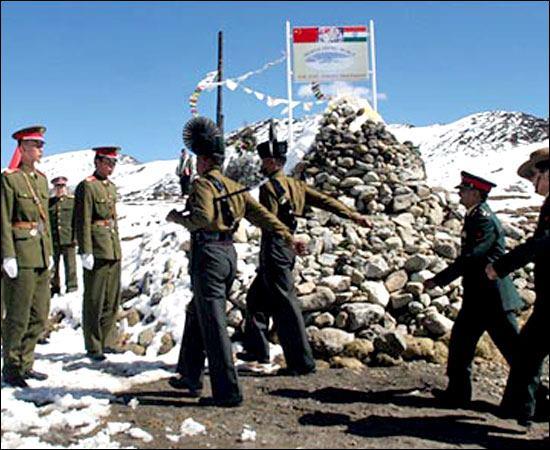 While India and China are in constant dialogue at diplomatic and military levels, to find short-term and long-term solutions to the conflict; the five-month-long border stand-off only confirms to the fact that ‘there is no quick fix to the problem’. This quandary has left each side accusing the other of the tensions along the Line of Actual Control (LAC). However, despite the “Five Point Consensus Plan”[1] reached between the two sides in Moscow on 10 September, the situation is still far from being settled. Wherein, China in principle puts the ‘onus’ on India to seek resolution, calling for ‘India to show sincerity’ towards settlement. For instance, even after the talks at Moscow, on 15 September Global Times reported that ‘if India does not leave (meaning the LAC) and all diplomatic attempts fail, the PLA will be left with no choice but to push India out by force’- a way to justify Chinese actions. India needs to take a note of!

While on one end, India has never accepted China’s unilaterally defined ‘LAC of 7 November 1959’- as opined for the first time by Chinese Premier Zhou Enlai in his communication with the Indian Prime Minister Jawaharlal Nehru in 1959, China, on the other end, has categorically stated that it ‘does not recognise’ the Union Territory (UT) of Ladakh. Having raised issues regarding the disputed status of the UT and the LAC, it has also expressed objections to the development of any defence related infrastructure on the Indian side of the LAC.[2] This is evident from China’s deliberate military operation opposite Eastern Ladakh; wherein, since May 2020, the PLA contacted at multiple points, and transgressed across the LAC.

Flouting all protocols and norms, PLA did achieve certain initial operational advantages. However, Indian Army surprised the PLA on two main counts: first, rapid and robust deployment in Ladakh and in other sectors; second, pre-empted by occupying certain strategic heights in the Chushul Sector (southern parts of Pangong Tso) and the height dominating certain parts of Fingers’ area (northern bank of Pangong Tso) on 30 August and early September. India’s bold response to China’s bullying tactics and strategy of ‘coercion and intimidation’ has not only changed the overall narrative, but has provided India with a greater elbow room on the negotiating table. Besides, PLA’s actions have increasingly flouted, at will,  all protocols and agreements that were in force between the two countries. Thus, the only option is ‘tit-for-tat’.

While there may be some truth to the assessment that PLA’s aggressive actions and transgressions across the LAC were part of sending a strong message to the region. However, it cannot be outlawed that PLA’s aggressive stint at the LAC opposite Eastern Ladakh was a diversionary tactic against China’s economic slowdown, unemployment, internal security conditions and the growing global resentment due to investigations regarding the source of the zoonotic virus and China’s role to inform the world. But, with the latest statements made by the Chinese agencies, it appears that the reasons for China’s aggressive designs had more to do with the declaration of Ladakh as a UT. China’s antagonism is evident from its opposition to the subsequent publication of maps depicting the entire Aksai Chin as part of Ladakh; and continued development of infrastructure by India. This aspect reinforces two key arguments: first,  that China is apprehensive over a threat to Aksai Chin; and more specifically, to the 179 km long part of Western Express Highway G219 through Aksai Chin – that connects Xinjiang with Lhasa in Tibet. Second, by simultaneously inching westwards ahead of the LAC, China wants to further dominate the 255 km long strategic road Darbuk- Shyok- DBO, and its feeder roads to the LAC. Thus, India’s recognition of Ladakh as ‘UT’ only disturbs the Chinese plan.

China’s ‘major power’ image suffered a loss of face at the international, regional, and domestic levels. This is well-witnessed in Chinese narratives, wherein media reports aimed to shape public opinion by reiterating on PLA’s operational readiness against the current impasse. This only highlights China’s frustration over ‘things not going its way’. Thereby, as India continues to stand tall, China is likely to take certain actions to bolster its image and reputation.

Disengagement and De-escalation: A Reality Check

With seventh round of military talks up on the agenda,[3]the sixth round of talks (held on 21 September) between Corps Commanders underscored the need for strengthening communications on the ground, avoid misunderstandings that could lead to any form of violence, and both sides to refrain from unilaterally changing the situation on the ground. The increasing round of military talks highlight the intensity of the situation on the ground and clarify that there has been no specific agreement reached between the two sides on disengagement and de-escalation at the LAC and the region.

Notwithstanding the talks at various levels to diffuse the tensions, the question that demands attention: Do the ground realities highlight a difference?  To note, despite the six rounds of military talks, there has been no de-induction of additional troops and weapon systems from the region so far. As the satellite imageries suggest that both sides have been improving their military postures, constructing field fortifications; improving communications and logistics; and sharpening their intelligence and surveillance systems to analyse various movements and activities of the other. While the air forces too have been made active to demonstrate their readiness. Such preparedness only indicates a ‘long haul’, as Global Times notes ‘the PLA should be prepared for a long-term standoff with tensions likely to extend into winters’.[4] Owing to this uncertainty, Indian Chief of Air Staff called it an ‘uneasy situation’- a  “no war no peace” scenario existing at the border.[5] Thus, ‘uncertainty’ at the border has become the ‘new norm’.

In this scenario, can it be suggested that disengagements at the points of contact and subsequent de-escalation are unlikely in the near future. To note, there is explicit reporting on PLA’s additional military activities opposite all the three sectors – Western, Eastern and Central. What adds to China’s military build-up is its edge over India in the fields such as: ISR capabilities, better infrastructure, terrain, connectivity and ability to mobilise with Combined Arms Brigade (CAB) and mechanised formations, enhanced technology, and cyber warfare. In such a situation, with troops of both countries deployed eyeball to eyeball in a few places, it becomes imperative to assess- what can one expect prior to the onset of winters which is just a month away?

It is in the best interest of both parties to avert the ‘harsh winter’ by calling for ‘disengagement and de-escalation’. For when the troops are deployed so close to each other, even a small incident can trigger a spike in tensions and lead to a conflict situation. In addition, based on the strategic significance and the disputed status of features and areas, PLA may attempt to occupy certain features with a view to gain a strategic advantage over India. Although the spectrum of conflict remains open-ended, it is not in the interest of either countries to enlarge the arc of conflict or to move into multiple domains of warfare.

However, considering China’s continued preparations, deployments of additional troops including training exercises and operational rehearsals by different combat elements, it raises further red flags for the Indian Armed Forces. To note, in 2018, Chinese President Xi Jinping stated that,  “China cannot lose an inch of the territory left behind by our predecessors”- a contrarian view to Deng Xiaoping’s philosophy. This is also evident from changed tracks in China’s behaviour- from being ‘assertive’ to acting ‘aggressive’, particularly towards its territorial claims, both inland and sea.

Hence, if either country – India or China,  makes any extra strategic gains that compromise a country’s territorial integrity,  or threatens the strategic objectives- an unwarranted conflict cannot be ruled out. While the probability is low, one must be fully prepared for it. Besides, if not a direct conflict, China may shoulder its “all-weather friend” Pakistan to ratchet tensions on the Line of Control (LoC). Thereby, it further reinforces the thought that India should remain fully prepared.

India Be Prepared- Winter is Coming!

If the troops remain committed to ground along the entire stretch of LAC, then the tension would continue to prevail. More strikingly, with some misunderstanding of activities on the LAC, it can increase the possibility of either side taking an initiative to occupy features of strategic significance. The India-China border is 3,488 km long, of which the LAC in the western sector is about 840 km- an extremely difficult and unforgiving high-altitude terrain with severe weather conditions. This very aspect makes the ‘winter’ critical; however, it does not call for diffidence. It may be prudent to note that the Indian troops are already battle-hardened, both physically and psychologically, with proficiency in mountain warfare. This is mainly conditioned by India’s continuous engagement at the LoC. Thus, China needs to be wary of the fact that land warfare in such difficult high-altitude terrains compounded with winter conditions is not a deterring factor for India. Moreover, the Indian Air Force with its Rafale, Sukhoi Su-30 MKI, C17 Globemaster transport aircraft with strategic airlift capabilities, Chinook and Apache helicopters,  and other advance facilities, has an edge over the PLA Air Force that operates from the Tibetan Plateau. The primary considerations are the fact that Chinese airfields are at high altitudes, which results in certain operational drawbacks in terms of payload carrying capacities and their weapon systems, as well as the air defence cover on the ground. While China has its own weaknesses, India should follow the rule book, that suggests: ‘never underestimate your enemy’ in war.

Therefore, besides operational readiness, India should take timely stock of requisite logistics support to the last operationally deployed man- to stay strong on the ground in the winters. In this regard, forward logistics and stocking gain huge significance due to the deployment of additional troops and weapon systems, which the Indian Army is fully aware of.  Most importantly, the troops on the ground must be prepared and well-postured operationally, and be prepared for immediate military responses at any time, given PLA will also act with speed and agility. According to a retired Chinese General, China too is preparing itself to avert “surprise attacks” along its disputed Himalayan border with India.[6]

In this process, the leadership quotient plays a crucial role. The imperative lies in being alert, analyse intelligence inputs and exploit the vulnerabilities in time. While remaining vigilant, the emphasis must be on an effective ISR system, with quick revisits by ‘Low Earth Orbiting Reconnaissance’ satellites, and by getting real-time intelligence even from all available resources.

[1]The consensus plan had not specifically addressed the issues of bridging the trust deficit, broad contours of disengagement and de-escalation plans, and the timelines to do so. In addition, it has considered it appropriate to recommend the formulation of the ‘new CBMs’ and that the military commanders should continue with their engagements.

One thought on “Counter China’s Design on India – China Border”