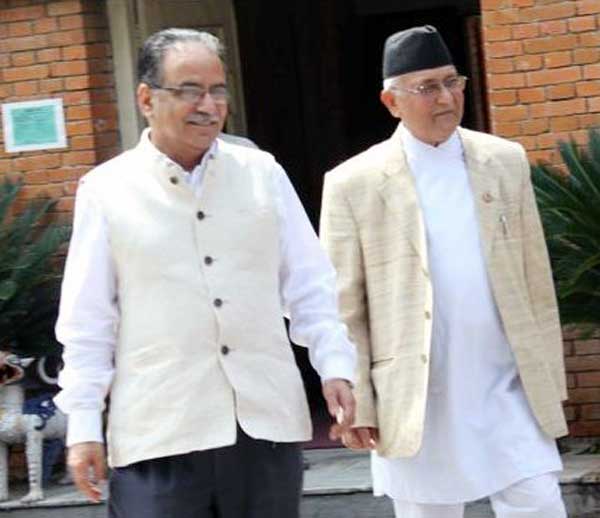 Whenever a nation is gripped in political turmoil primarily because of inter-party, or, intra-party feuds, the Constitution of that nation becomes the sole determinant of the legal validity of various executive, legislative and judicial pronouncements which may have caused the political turmoil. According to the Institute for Democracy and Electoral Assistance (IDEA) – two quintessential attributes are sine qua non for any robust Constitution, namely: a Constitution must be harder to change than ordinary laws and it must have widespread public legitimacy.

If a Constitution can be changed merely at the drop of a hat, than every six, or twelve months, power hungry politicians will blatantly violate its fundamental provisions with impunity to perpetuate themselves in power. This is however, not to suggest that a Constitution must not be flexible enough to adapt itself to changing dynamics within a given political matrix. Changes, if any, should be brought about therefore, only through a two-thirds legislative majority, or, on crucially important issues through a referendum, as is the generally accepted norm in countries which have robust democracies.

Nepal needs a Constitution drafted by a Constituent Assembly the members of which are drawn from all ethnic/ caste groups and all layers of the socio-economic strata. And a system of proportional representation must be stringently observed.

Nepal’s current Constitution drafted on September 20, 2015 is completely devoid of the above attributes.

Prime-Minister Khadga Prasad Oli, consequent on having lost the majority within important organs of the ruling Nepal Communist Party such as its Central Secretariat, Standing Committee and Central Committee –decided to recommend to President Bidya Devi Bhandari the dissolution of parliament and ordering fresh elections. She acted as per his recommendation and dissolved parliament on Dec 20, 2020.

Oli wants his authority to remain unchallenged and with this in view he held a meeting of his faction of the Central Committee and decided to increase its membership to a whopping 1199 from the current strength of 447 to claim majority support.

The people of Nepal have become despondent and unruly because they have lost faith in the prevailing system. The Chief Election Commissioner Mr. Dinesh Thapaliya fears that  the absence of domestic peace and tranquility, an essential prerequisite for the peaceful conduct of the two phased elections –may force the commission to make changes to the schedule.

The Election Commission of Nepal has faced many challenges. In 2013 there was a factional split in the Maoist party –which asked for a boycott of the polls. According to the Kathmandu Post of Dec 24, 2020 “ during the Constituent Assembly Elections in 2008 there was a challenge to the Communist Party of Nepal ( Maoist ) which had entered into peaceful politics by ending the decade long conflict in 2006 “ This faction was adamant in its refusal to participate. Likewise, getting the Madhesi Movement supporters for electoral participation has for ever been a bug bear for the election authorities. This is primarily because this group has been kept marginalized by the upper castes in the hilly areas and the Madhesis desire such domination to end forthwith.

It is of significance that a meeting of 43 members of the Standing Committee was scheduled to discuss a 19 page political resolution submitted by Prachanda listing grave charges of corruption and nepotism against Prime-minster Oli.  The move to dissolve parliament was taken by Oli and acceded to by a pliant President of Nepal- as a preemptive step to ensure that Oli’s authority is not eroded by moves like the one taken by the Standing Committee.

Sensational twists and turns have been taking place in Nepal’s politics both before and immediately following the dissolution of Parliament. Two warring factions of Nepal Communist Party had independently called their group from within the Central Committee for meetings to discuss the dissolution of the House of Representatives.

Madhav Kumar Nepal has proposed Prachanda’s name as the parliamentary leader and the Parachanda-Nepal group has approached the Election Commission to recognize it and accord it the official symbol, because of the group’s ‘bona fides and legitimacy’.

While twelve writ petitions have been filed in the Supreme Court to annul the ‘unconstitutional’ dissolution of the lower house of parliament, on Dec 22, 2020 Oli has been replaced by Madav Kumar Nepal who assumes office as the new Chairman of the Nepal Communist Party.

The Present Coalition constituting the Nepal Communist Party (NPC) itself lacks political cohesion. It came about after the 2018 election in which none of the contesting parties secured a majority. To secure numerical majority two separate entities- Oli’s –United Marxist Leninist (UML) and Pushpa  Kumar Dahal aka Prachanda’s Maoist group had entered into a marriage of convenience. A power sharing formula was agreed to by which Oli and Dahal would each become prime-minister for two and a half years of the five year term. During the course of Oli’s prime-ministership there were major policy rifts between the two groups of the NPC. The fact that the individual cadres of the two camps even at the time of their merger in 2018 had major political differences, didn’t make matters any easier for Oli.

Ironically Oli never stepped down so as to give a chance to Prachanda to function as the prime-minister. To appease Prachanda, Oli offered to forego the party presidentship in Prachanda’s favour, however Oli didn’t honour even this promise. This itself shows the intensity of the discord.

The newly formed party Janta Samajbadi Party which ostensibly was to provide a platform to the large disgruntled Madhesi population mostly inhabiting the Tarai region demographically linked to India’s border areas with Nepal, having people with relatives on either side of the border-has also disappointed its constituency, and the current constitutional crisis has created a void not conducive to their political aspirations.

In 2007 popular and long felt support for ending the two century old royal family reign in the erstwhile Himalayan kingdom came to fruition, following which it turned into a Republic. The elections in 2009 brought in the United Communist Party of Nepal ( UCPN ) in power.

However Nepal’s transformation into a Republic were no answer to its political gridlock.

Ironically a cross-section of population in Nepal desire that  history be reversed and the erstwhile monarchy brought back.

India’s geostrategic interests are primarily to a ) ensure that Nepal under the hegemony of the People’s Republic of China (PRC ) doesn’t become a client state of the latter and become a launch pad for anti-India activities and b) that the inherent interests and concerns of the Madhesi population are met to their complete satisfaction.

While the present Indian leadership has taken the above challenges head on. The PRC which has also suffered a geostrategic setback because of the split in the governing dispensation, is fully geared up to restore the status quo ante.

It is noteworthy that PRC’s ambassador in Nepal Hou Yanqi has already met Oli, President B.D. Bhandari and Prachanda and almost about any functionary in a last ditch attempt to work some magic to re-ignite Nepal into China’s embrace. Which has been the case ever since the PRC constructed the Kathmandu Kodari highway in Nepal linking Kathmandu and the Tibet Autonomous Region (TAR) of PRC.