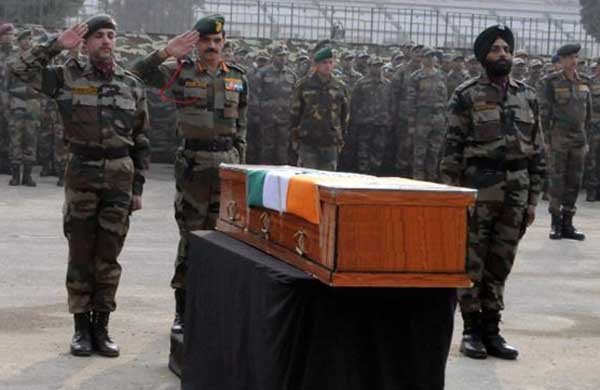 The last fortnight has been troublesome for the security forces involved in counter insurgency operations. Two major attacks by different group of insurgents in two areas far apart, have left a large number of personnel martyred. There have been avoidable casualties of security forces personnel in both. Except for the large number of casualties in both incidents, there is no other commonality between the two and hence it is best to discuss them as separate, albeit serious, incidents.

… inadequate training and leadership continue to bedevil the CRPF. These weaknesses have been highlighted a number of times by many analysts…

The first incident involving the officers and constables of the CRPF (Central Reserve Police Force), deployed in the Maoist-infested areas of Sukma in Chhattisgarh State appears to be a clear case of once again not adhering to Standard Operating Procedures (SOP’s), and in many ways is a repetition of previous similar incidents. In this incident on 01 December, the Maoists killed two officers and 12 constables of the CRPF and 16 constables of the Force were wounded in the attack. The Maoists melted away in the dense forest, taking away the weapons and equipment of the casualties. It may be recalled that in 2010, the Maoists had killed 76 CRPF personnel in Chhattisgarh’s Dantewada District, but no lessons seem to have been learnt.

The obvious conclusion is that inadequate training and leadership continue to bedevil the CRPF. These weaknesses have been highlighted a number of times by many analysts, including this writer. Unless systemic reforms are initiated in the command and control structures of the CRPF (the lead force), as well as in other armed police and state police forces, incidents of this type will continue; additional innocent lives will be lost; weapons and equipment would be taken away by the Maoists and the morale of the state police and the central armed police forces will continue to plummet.

As a first step, this force cannot continue to have the commanding officers and the unit headquarters located at salubrious locales, while their companies are operationally deployed. For both pecuniary reasons and comfort, the headquarters remain at their permanent locations, while the companies are moved all over the place on orders of the CRPF Headquarters. Unless the commanding officers are there to lead their command, this force will continue to be an ineffective force. The second and related lacuna is that most of the commanding officers and officers above them are seconded from the Indian Police Service (IPS), who may be good police officers but do not have any clue or experience about counter insurgency operations. Unless the CRPF cadre officers replace them, leadership would be less than average for tasks in the field.

The army operates under the rubric of ‘providing aid to the civil authorities’, even though these operations are much bigger; more severe; highly frustrating; and against insurgents who are not the run of the mill bad hats, militants or wayward youth.

Let me now shift to the incident in Uri in J&K, where Pakistani-trained insurgents managed to gain entry into an army camp and inflicted casualties on the personnel of the army as well as the police. The situation in J&K is entirely different from the one obtaining in the Maoist infested areas and hence it would be quite incorrect to group them together or compare them to draw lessons for the future. My intention in juxtaposing the two is because the incidents occurred within a span of a few days; the insurgents managed to inflict heavy casualties; and both incidents have shown the respective forces in poor light.

Counter-insurgency operations in J&K have been going on for decades and the army’s conduct of these operations has been more than commendable. The army operates under the rubric of ‘providing aid to the civil authorities’, even though these operations are much bigger; more severe; highly frustrating; and against insurgents who are not the run of the mill bad hats, militants or wayward youth. The reason is political and bureaucratic jugglery, even though they are full-fledged sub-conventional operations against insurgents and terrorists who are trained and equipped by regular military personnel of Pakistan. They are highly motivated; are religious zealots; and have been indoctrinated to wage ‘jihad’.

Semantics aside, despite our adversarial neighbour doing everything to achieve its dubious aim of breaking J&K and taking parts of it away from India, it is primarily the Indian Army who with its professional approach has negated all such actions. That this has been achieved keeping the doctrines of ‘using minimum force’ and ‘good faith’ always in the forefront, indicates the professionalism, high standards of training and excellent leadership of the Indian Army. It is no wonder that all professional armies have acknowledged the prowess of the Indian Army in sub-conventional operations.

Attacks by well-trained and well-armed insurgents do succeed at times. The reason is that both the troops, as well as the insurgents, are constantly using their wits and military training to do the other side down; inflict casualties; damage and destroy equipment; and achieve moral and physical ascendency on the opponents.

Whenever there is even a little complacency on the part of the troops at the business end, the insurgents take advantage of it, launch strikes when it is least expected and inflict casualties.

Therefore, incidents of this type will take place, despite enforcing all measures of security. There are innumerable examples even in J&K in the past when the insurgents have tried and sometimes succeeded in carrying out such raids. This is irrespective of an extremely high degree of alertness and detailed SOP’s. The attack at the artillery base at Mahura in Uri a few days back needs to be looked at in the light of these realities. One must remember and appreciate that soldiers too are human, even though the rigorous training and effective leadership does make them exceptional human beings. In this incident, retribution was quick and effective and all the insurgents were killed in a few hours.

At times, on account of many reasons, including their need to be the first to report news (usually bad news, as good news does not carry the same zing!); our media goes overboard, not realizing that it does more harm than good.

We also have a highly active group of veterans, who in their exuberance have a tendency to become ‘loose canons’ and add their own ‘mirch-masala’ to such events, based on their past experiences, not realizing that actions, utterances, media reports and views of friends may be based on hearsay and not facts. Distortions are inevitable. I will urge the ‘e-mail warriors’ to ‘hold their horses’ and wait for clarity.

In counter-insurgency environments, it is a long ding-dong battle between the security forces and the insurgents. Whenever there is even a little complacency on the part of the troops at the business end, the insurgents take advantage of it, launch strikes when it is least expected and inflict casualties. This is the nature of all conflicts, whether conventional or sub-conventional. One must therefore not adopt a harsh and retributive approach when such incidents take place. However, remedial actions must be taken and lessons learnt must be implemented.

Success in these difficult operations lies in time-tested SOP’s; anticipating events; always remaining confident and cool; and going on the offensive at the first opportunity.