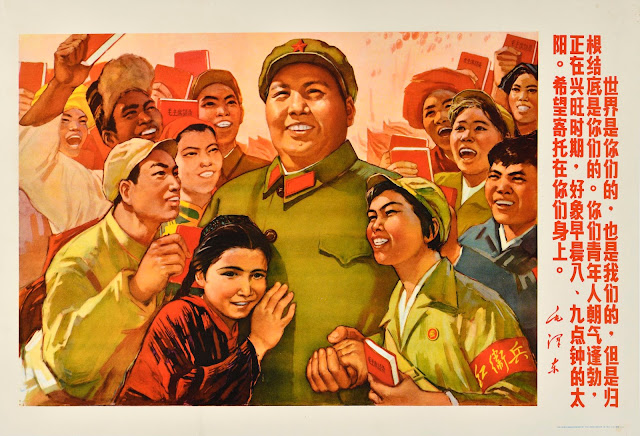 As China prepares to celebrate the centenary of the Communist Party, the world must remember the massacres which Communist regimes have unleashed throughout history and question why Xi Jinping’s march towards the ‘New Era’ is marked by such aggression directed at neighbouring countries.

The year 2021 is supremely important for the Middle Kingdom and its Emperor: Not only will it bring the occasion to unveil the 14th Five-year Plan and China’s 2035 Vision, but, more importantly, Beijing will celebrate the 100th anniversary of the Communist Party of China.

Already, in January, President Xi Jinping declared that “the party and country are on the right track… time and momentum are on our side”, and even though the country faced “unprecedented challenges and opportunities,” he urged his Politburo colleagues to “create favourable social conditions” for the important anniversary.

On 1 March, Xi spoke at the opening ceremony of the training class for young and middle-aged cadres at the Central Party School in Beijing. He told the young cadres that they were the successors of the old comrades, “the glory of the party is in your hands”, and exhorted them to be the “faithful successor of the tradition and fine work-style of the Communist Party, constantly enhancing willpower, perseverance and self-control and making contributions in the new journey of comprehensively building a modern socialist country in the New Era while striving to create a worthy party, worthy of the Chinese people!”

And, of course, “loyalty to the party is the primary political quality of Communists,” he added.

The words of the new Great Helmsman sound great, but there is another side to the coin.

In 1997, French scholar Stéphane Courtois, along with other European academics, published Le Livre noir du communisme. It was later translated in several languages, with the title The Black Book of Communism: Crimes, Terror, Repression in English.

The Black Book, which sold millions of copies, is still considered by many as one of the most influential publications written about the history of Communism in the 20th century. The authors documented the history of political repression by Communist states, including genocides, extrajudicial executions, deportations, killing populations in labour camps as well as artificially-created famines.

Though some leftist ‘intellectuals’ objected to the Communist label being put on some of these dark events, the facts are difficult to change.

In the first chapter, The Crimes of Communism, Stéphane Courtois recalls, “Communist regimes turned mass crime into a full-blown system of government …and are responsible for a greater number of deaths than Nazism or any other political system. …Communism predated fascism and Nazism, outlived both, and left its mark on four continents.”

And today, it is still thriving in China and North Korea.

Quoting Plato’s Republic and Thomas More as Communist examples of ‘utopian philosophy’, Courtois explained, “We must make a distinction between the doctrine of communism and its practice. As a political philosophy, communism has existed for centuries, even millennia.”

In China alone, there is no doubt today that the Great Leap Forward resulted in 40 to 50 million deaths. According to Frank Dikötter in his masterly Mao’s Great Famine: The History of China’s Most Devastating Catastrophe, “45 million people died unnecessarily …6 to 8 percent of the victims were tortured to death or summarily killed—amounting to at least 2.5 million people.” Yang Jisheng in Tombstone: The Great Chinese Famine, 1958–1962 put the tally between 43 million and 46 million.

We could argue that it was another age, another time. But in this case, why continue to eulogise Communism and the Party?

Of course, Xi Jinping’s Thought is known as Socialism with Chinese characteristics for a New Era. A couple of years ago, it was even enshrined in the Chinese Constitution.

But if it is a new era, why arrest all the pro-democracy activists in Hong Kong? Recently, pro-China prosecutors argued in court that the defendants were involved in a “massive and well-organised scheme to subvert the Hong Kong government” by organising and participating in an unofficial primary election last July, although CNN commented, “such contests are a normal function in democracies around the world, during which political parties select the strongest candidates for an election.”

Look at the situation in Xinjiang where millions of Uyghur Muslims have been forced to live in ‘reeducation camps’, in Tibet, where the Communist regime wants to impose its own Dalai Lama (over one hundred years, the Party seems to have acquired great knowledge in spiritual matters), in Taiwan, which perpetually lives under Beijing’s invasion threat, or closer to us, India, which during the past nine months was subjected to an uncalled for aggression on its borders. Examples could be multiplied to show that China has not really entered a ‘New Era’.

A few weeks ago, I was watching a Chinese program on Tibet and, to my surprise, spotted an old Maoist figure named Pasang, along with the present Standing Committee of the Tibetan Autonomous Region (TAR). The old lady served Mao well during the darkest days of the Cultural Revolution. She managed to survive the purges of other leftist officials and even the fall of the Gang of Four in October 1976 to become a vice chairwoman of the TAR Revolutionary Committee in September 1968. In 1971, she was made a deputy party secretary in the TAR Party Committee, a position she held until her retirement in 2002.

The fact that China is ready to use figure-heads of the darkest days of Communism tends to prove that the New Era has not yet landed in the Middle Kingdom.

In the coming months, Chinese propaganda will try to convince us of the contrary.

Today, former Premier Zhou Enlai, who joined the CPC in 1921, the year when the Party was founded, has become a ‘lofty character’ who selflessly pursued a just cause for the common good throughout his life, says Chinese propaganda.

We remember him in India as a Machiavellian politician who took the Nehru government for a ride. The recent happenings in Ladakh have their origin in Zhou’s lofty words—the world’s standard for ‘lofty’ are obviously different than the Chinese’s.

Large-scale massacre may not occur today (mainly due to the information revolution), but has the mindset really changed in Beijing?

It does not seem so, even in the New Era.