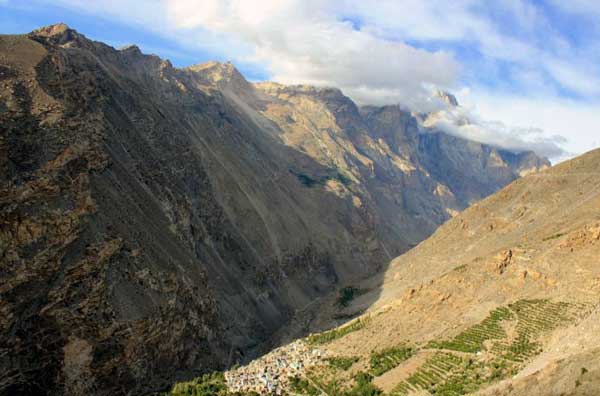 Following the recent Chinese incursion in Burtse in Ladakh and the quick ‘answer’ from the Indian forces who dismantled the structure built by the Chinese, it is interesting to look at what happened nearly 60 years ago at Shipki La, the pass between Himachal Pradesh and Tibet.

In fact, the Chinese troops had deliberately crossed the pass and soon after they started claiming areas located a few kilometres, south of Shipki La as Chinese territories.

At that time too, it started with some Chinese incursions.

Soon after the PLA entered for the first time on Indian territory, a Note Verbalewas given to the Chinese Charge d’Affaires in India on September 8, 1956. The Note said:

The Government of India have received a report that on the 1st September 1956, a party of about 10 Chinese Army personnel entered and took up position about 2 furlongs [1/2 kilometre] from Hupsong Khad on the Indian side of Shipki La Pass. The Party withdrew after the Officer-in–Charge of the Indian Border Police pointed out to the Captain in command of the Chinese Military Personnel that the Indian territory extends up to the Shipki La Pass.

The crossing of the Shipki La Pass by the Chinese Army Personnel without visaed Passports violates the Sino-Indian Agreement of April 29, 1954, in which the Shipki La Pass has been recognised as the border between India and Tibet region of China at that place. The Government of India presume that the Chinese Army Personnel crossed into Indian territory by mistake and not deliberately.

In fact, the Chinese troops had deliberately crossed the pass and soon after they started claiming areas located a few kilometres, south of Shipki La as Chinese territories.

Let us remember that according the Article IV of the Panchsheel Agreement of 1954 (‘Agreement on Trade and Intercourse between the Tibet region of China and India’):

Traders and pilgrims of both countries may travel by the following passes and route:

The agreement also mentioned the Ladakh route: “the customary route leading to Tashigong along the valley of the Shangatsangpu (Indus) River may continue to be traversed in accordance with custom.

The intrusions meant that for China, passes such as Shipki La were not border passes, but located within China’s territory.

The intrusions meant that for China, passes such as Shipki La were not border passes, but located within China’s territory. Beijing’s interpretation of Article IV was: ‘the passes are only an indication of the route through which traders could enter India”.

Let us continue with the story.

On September 24, Delhi had go a step further and send an Aide-Mémoire to China:

Since the handing over of the last informal note to Charge d’ Affaires Fu Hao on the 8th September, the Government of India have received two reports of serious situations that recently developed between the Chinese and Indian border patrols in the region of Shipki La Pass on the Indo-Tibetan border.

It then gives some details about the incidents:

On 10th September, when a party of Indian border Police on its way to the Shipki La Pass sighted a party of Chinese military personnel on the Indian side of the frontier. The Chinese Party was commanded by a Captain and consisted of at least ten persons. The Indian Patrol signalled the Chinese Party to withdraw, but the latter did not do so. Thereupon, on the Indian Patrol trying to advance, the Chinese personnel threw stones at it and threatened to use their grenades.

Towards the evening, the Indian Party approached and held conversations with the Chinese. During this conversation, the Chinese commander intimated that he had ‘received instructions from the Tibetan Government that the border extended up to Hupsang Khad and that Indian Personnel should accordingly not advance beyond Hupsang Khad’.”

Nehru was in a dilemma: how to react?

Note that, like many other parts of the Indo-Tibetan frontier, the Chinese hid behind so-called earlier Tibetan claims

The Indian Patrol Commander pointed out that the border was in fact situated at the Shipki La Pass and suggested that the Chinese should accordingly withdraw. However, it does not appear that the Chinese troops withdrew, as the following morning (11th September) they were again soon on the ridge above the roadway on the Indian side of the Pass. The Position remained the same on the 12th September.

Delhi reacted, what the Chinese had done was not nice:

The Chinese Government will no doubt agree that in throwing stones and threatening to use hand grenades, the Chinese patrol offered such provocation as could easily have resulted in serious and regrettable incidents. However, a development even more likely to cause an ugly situation was soon to follow.

Delhi was ‘pained and surprised’: “It is not difficult to visualise that the natural and direct result of such attitudes, if continued in, may be one of clash of arms.”

The Indian Government reminded the Chinese of the Panchsheel Agreement: “Shipki La is clearly the border and is acknowledged as such in the Sino-Indian Agreement of 29th April 1954, the Government of India consider any crossing of this border pass by armed personnel as aggression which they will resist.”

Nehru was in a dilemma: how to react?

He wrote to the Foreign Secretary: “I agree with [your] suggestion …it would not be desirable for this question to be raised in the Lok Sabha at the present stage.”

Nehru decided to keep the matter secret but discretely mention it to the Chinese officials: “I think that if this question is raised in our Parliament at this stage, this might prove embarrassing from the point of view of the negotiations between Burma and China.” 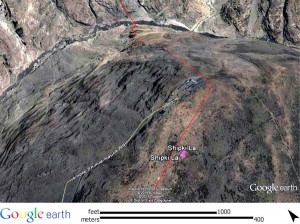 The Indians MPs being unpredictable, they may raise a hue and cry, better to keep it secret and eventually ‘speak’ to Beijing.

A Meeting to discuss the issue

A meeting was however held on October 3, 1956 to consider how to handle the Chinese incursion.

It was chaired T.N. Kaul, then Joint Secretary in the MEA. His colleagues Col. P.N. Luthra, Special Officer Frontier Areas and Dr. Gopalachari, the Deputy Director of the Historical Division were in attendance.

So were H.C. Sarin, the Joint Secretary in the Ministry of Defence; he was accompanied by Maj Gen M.S. Wadalia, Chief of General Staff and Brig. K.H. Katoch, Director of Military Operations. The Home Ministry was represented by a Joint Secretary (N. Sahgal) and a Deputy Secretary (Rajkumar).

The Himachal Pradesh government was in favour of “a permanent police outpost at Namgia [below the pass] and some cave shelters and aluminium huts were constructed as near Shipki La as possible before the next spring.”

The Chief Secretary to the Government of Himachal Pradesh and the Inspector General of Police had also come.

Kaul gave a brief account of the events. He said:

The Prime Minister had directed that this was a serious matter and that it was not enough to lodge a protest with the Chinese. He had instructed that specific directions should be given to the Government of Himachal Pradesh to be passed on to the border checkposts and that these checkpost personnel should on no account withdraw from their present position.

The representatives from Himachal Pradesh informed the meeting that the Chinese had withdrawn due to the coming winter season, but they were likely to return in 1957: “it was necessary to formulate a definite line of action to meet eventualities in the spring.”The meeting discussed:

The Himachal Pradesh government was in favour of “a permanent police outpost at Namgia [below the pass] and some cave shelters and aluminium huts were constructed as near Shipki La as possible before the next spring.”

Just compare with what happened in Burtse in Ladakh, where the Indian forces dismantle the Chinese structure and send them back on their side of the LAC and only then, discussed the issue during 2 flag-meetings (after the Chinese said that nothing had happened) and what happened in Shipkila in 1956.

And what happened then?

Four days later, on October 10, the Prime Minister sent a note to the Foreign Secretary. It reads:

There is no question of sending any troops to the Shipki La now. In fact, even in the spring next year, I do not envisage the necessity of sending troops. The fate of Shipki La is not going to be decided by fighting or by a large show of force.

Nehru however agreed: “It might be desirable, however, for some Army officers to reconnoiter and see the place at a suitable time now or early next year.”

Just compare with what happened in Burtse in Ladakh, where the Indian forces dismantle the Chinese structure and send them back on their side of the LAC and only then, discussed the issue during 2 flag-meetings (after the Chinese said that nothing had happened) and what happened in Shipkila in 1956.

The moral of the story is that with the Chinese, some ‘show of force’ helps to prepare ‘talks’ like in the case of Burtse.  It may be unfortunate, but it is a fact. The Indian Army (and their political bosses) seem to have understood the lesson of Shipki La.