China Streamlines the PLA, But with Strings Attached 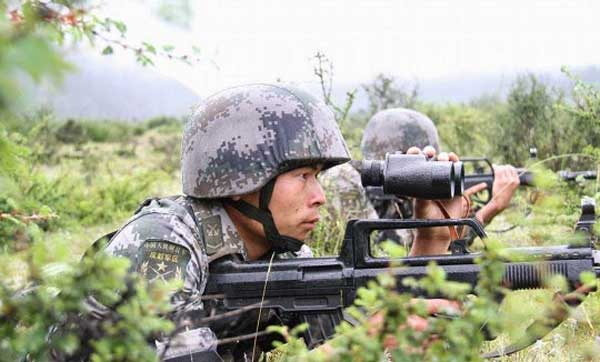 Acting upon the ‘fight and win’ logic, Chinese President and Chairman of the Central Military Commission (CMC) Xi Jinping set 2019 resolution by calling for People’s Liberation Army (PLA) to be ‘battle-ready’. Setting another benchmark, Xi called for cutting down the size of China’s land-based army. Describing these “transformational changes” as “unprecedented in the history of PLA”, Xinhua, China’s official news agency stated that “the army now accounts for less than 50 per cent of the total number of PLA troops; almost half of our non-combatant units have been made redundant, and the number of officers in the PLA has been reduced by 30 per cent”.[i] Here, the query remains: What does this strategic move imply? Is such an attempt aimed at waning the ‘China threat’ factor?

Drawing from the past, such a massive cut down in the PLA does not call to be the first in China’s history. To note, Chinese armed forces were first reduced, reorganised and restructured between 1982-1984; in 1985, China decided to reduce its military personnel by one million, wherein, by 1987 PLA was reduced from 4.238 million to that of 3.235 million; in 1990, PLA was reduced to 3.199 million, overshooting the declared target of one million and; in 2018, the strength was reduced from 2.3 million to 2 million. However, the past reductions in the 1980s were mainly aimed at justifying China’s “determination to actively promote arms control and disarmament”[ii]– an act in contrary to the spiralling arms race between United States and Soviet Union during the Cold War. While in the 1990s, the aim was to dispel the China threat syndrome.

However, in the current times, neither of this logic validate China’s such a strategic move. What makes it so? As already noted, the current reduction does not entail the down-size of PLA’s ‘combat force’. To which, cutting down of the ‘non-combatant’ units of PLA does not hold much of strategic significance. Rather such a force reduction is mainly oriented towards strengthening the other four services: PLA Navy, PLA Air Force, PLA Rocket Forces and PLA Strategic Support Force- downplaying the long-held superiority of PLA Army in China’s strategic calculus. And more specifically, the rationale is also embedded in the shift in China’s outlook from being limited to ground forces to that of building capabilities in air, space and cyberspace- the new domains of modern warfare. To argue so, as in Beijing’s security perspective, the character of future wars will be mainly- shorter; not entail the occupation of China, although Chinese political, economic and military centers are likely to be attacked; and will involve joint military operations across land, sea, air, cyberspace and outer space, and involve the application of advanced technology, especially information technology.[iii] To add, PLA’s increasing defence expenditure further confirms China’s such a perception as witnessed in its growing aspirations and strategic intentions. To note, China being second only to United States in being the largest military spender globally, boosted its defence spending by 8.1 per cent in 2018- the highest increase in three years.[iv] Moreover, given the increasing trend, it is suggested that China’s national defence budget will grow to RMB 1.11 trillion- equating to USD 231 billion.[v]

In Chinese perspective, to quell the growing risks, the key is to build China’s combat capabilities in both traditional and new security fields. This factor further justifies the cut down in the non-combatant units as opposed to the combat units. To argue so, as the essence for PLA, as Xi notes lies in stepping up its “combat capability”, which has become the “criterion” to meet in all its work and focus on “how to win” when it is called upon- “to posture, manage crises and deter and win wars”.[vi] In doing so, the mandate for PLA is five-fold: (a) develop new combat forces and support forces; (b) to conduct military training under combat conditions; (c) to strengthen the application of military strength; (d) to speed up development of intelligent military and; (e) to improve combat capabilities for joint operations based on the network information system and the ability to fight under multidimensional conditions.[vii] This framework points at the fact that ‘technology’ acts as the new bedrock of China’s military strategy which is aimed at “winning informationised local wars”. This further drives China’s national goals, which aim at three key targets for PLA: by 2020 “achieve its mechanization, make big strides in informatization and gain substantial improvement in strategic capabilities”; become “a modernized force” by 2035 and; emerge as “a world-class military” by 2050.[viii]

It is to suggest that unlike the past reductions, the 2019 PLA manpower cut has strategic implications. To argue so, as the 2015 White Paper on “China’s Military Strategy” exemplifies China’s bold and confident posture in the changing dynamics of the international system. That is, justifying China’s defensive posture, the White paper argues that Beijing’s actions are a counter response to its threat calculations. In the Chinese assessment, the security challenges, as mentioned are: US “re-balancing strategy” and “its military presence and military alliances” in Asia; Japan’s increasing militarist posture for it “is sparing no effort to dodge the post-war mechanism, overhauling its military and security policies”.[ix] It further points that “some of its offshore neighbors take provocative actions and reinforce their military presence on China’s reefs and islands that they have illegally occupied”- clearly hinting at Philippines and Vietnam. It also adds that how “some external countries are also busy meddling in South China Sea affairs” and “maintain constant close-in air and sea surveillance and reconnaissance against China”- a hint towards India and Japan. This perception of China’s security challenges still holds relevance in the current times, given China has yet not published a White Paper since 2015. In view of this, China’s intentions and actions are validated by the way it sees and interprets its security challenges.

Another significant aspect is Beijing’s the strategic shift towards winning informationised local wars by “maritime preparation for military struggle”- a key nodal point as highlighted in the 2015 White Paper. This shift is driven by the logic of China’s expanding interests beyond its traditional borders. That is, China now wants PLA Navy to imbibe greater role, as emphasised on the need to shift the focus from “offshore water defense” to combining it with “open seas protection”.[x] This change in China’s strategic outlook resonates with Xi’s grand vision of Belt and Road Initiative (BRI), wherein, China’s sea power capabilities will mainly equip it to realize the Dream of “21st century Maritime Silk Road”. And most importantly, help China set its strategic foothold in the Indian Ocean Region (IOR)- where China remains to be an external actor unlike the United States and India. However, China is already making its inroads into IOR, as witnessed in its first overseas base in Djibouti as well as the various port projects under BRI, the most noted being Gwadar in Pakistan and Hambantota in Sri Lanka. These initiatives exemplify China’s expanding naval military capabilities in and around IOR.

In this perspective, it again remains testified that China under Xi is no more acting under Deng Xiaoping’s dictum of “Keeping a low profile”. Similarly, reduction in PLA’s non-combatant unites significantly clarifies that China’s strategic motivations are far more profound with a clear intention to showcase and strengthen its force projection beyond its borders. More specifically, to argue, this also reflects a departure in China’s long-held defensive position given its increasing emphasis in making PLA combat ready- thus, becoming a force user in securing its aspirations abroad. This is mainly aimed at protecting its claims with regard to Taiwan, South China Sea, East China Sea, India-China border and its expanding investments and assets under the BRI. Hence, the cutting down of the strength of the PLA is rather more symbolic than significant.

[i] “Chinese army now makes up less than half of PLA’s strength as military aims to transform itself into modern fighting force”, South China Morning Post, 21 January 2019, at https://www.scmp.com/news/china/military/article/2183050/chinese-army-now-makes-less-half-plas-strength-military-aims (Accessed on 25 January 2019).

[ii] Information Office of the State Council Of the People’s Republic of China (1995), “China: Arms Control and Disarmament”, November 1995, at https://fas.org/nuke/guide/china/doctrine/wparms.htm, (Accessed on 28 January 2019).

[vi] Xi Jinping (2017), “Secure a Decisive Victory in Building a Moderately Prosperous Society in All Respects and Strive for the Great Success of Socialism with Chinese Characteristics for a New Era”, Xinhuanet, 18 October 20178, pp. 48-49, at http://www.xinhuanet.com/english/download/Xi_Jinping’s_report_at_19th_CPC_National_Congress.pdf, (Accessed on 26 January 2019).