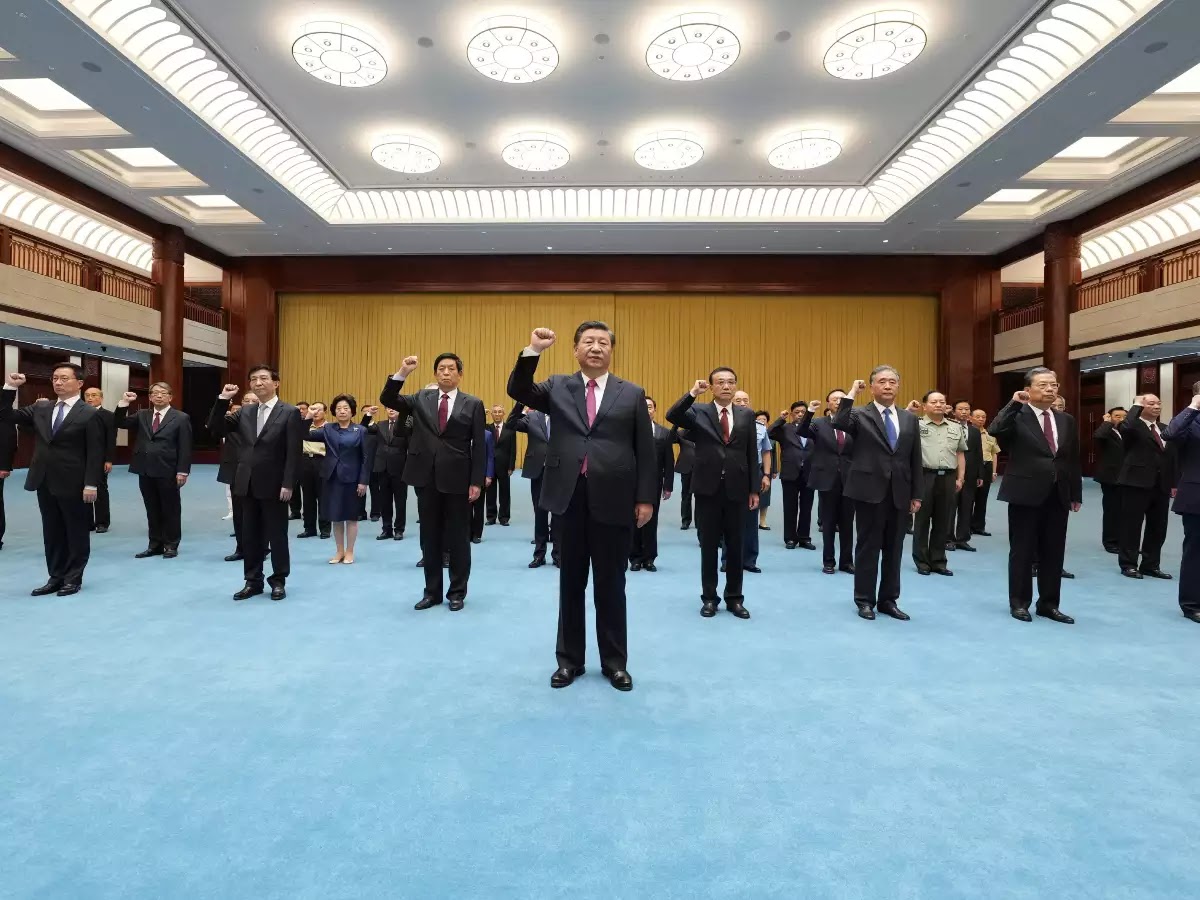 Swearing by democracy? Or the Party?

Can we today take Chinese propaganda seriously? I don’t think so. Take the issue of democracy.

On 9-10 December 2021, US President Joe Biden organised a ‘Summit for Democracy’, bringing together leaders from governments, civil society, and the private sector in a “shared effort to set forth an affirmative agenda for democratic renewal and to tackle the greatest threats faced by democracies”.

Communist China was not invited, but Beijing immediately issued a White Paper stating that it had a democracy that works: “Democracy is a common value of humanity and an ideal that has always been cherished by the Communist Party of China (CPC) and the Chinese people,” it says in the preamble.

Is it believable? It would mean that Mao and the successive leaders of the Middle Kingdom in the 20th and the present century have been great ‘democrats’ (of course, the Great Leap Forward, the Cultural Revolution or the Tiananmen events are forgotten).

In a serious tone, the White Paper adds: “Since its founding in 1921, the Party has taken well-being for the Chinese people and the rejuvenation of the Chinese nation as its abiding goals, and has made continuous efforts to ensure the people’s status as masters of the country. Over the past hundred years, the Party has led the people in realizing people’s democracy in China. The Chinese people now truly hold in their hands their own future and that of society and the country.”

The argument developed by the authors of the White Paper is that the Chinese ‘people’ are the masters of modern China and the Party line represents the essence of People’s Democracy.

Unfortunately for the ‘people’, China has become the most ‘monitored’ state in the world (with North Korea), with facial recognition reigning over the Communist state and instantaneous censuring of any news or information contrary to the Party line; but Beijing continues to pretend that it is a democratic model for the world.

“Since the 18th CPC National Congress in 2012, with a deeper understanding of China’s path to democracy and the political system, the Party has developed whole-process people’s democracy as a key concept and striven to translate it and relevant democratic values into effective institutions and concrete actions,” argues the White Paper.

This does not explain why no Tibetan, Uyghur or Mongol has been able to make it as Secretary of the Communist Party in their respective regions; or why the Standing Committees of the regional parties are packed with Han cadres; nor why not a single minority member sits in the Politburo or why the People’s Liberation Army has hardly any non-Hans at the senior operational level (without speaking of the Central Military Commission where minorities are banned).

This can probably be called ‘democracy with Chinese characteristics’.

Another example, look at the fate of Peng Peng Shuai, the tennis player who disappeared in early November 2021, after writing in a Weibo post that Zhang Gaoli, former member of Standing Committee of the Politburo and and Vice-Premier, coerced her into sex. The story was immediately censored by the Chinese government. Peng dropped out from public view, before resurfacing two weeks later in state media photos and videos only. Later, she apparently denied having accused anyone of sexually assaulting her, but this incident does show China, the self-proclaimed world’s greatest democracy, cannot be a role model for other states (including the US and India) as far as the place women have in the society is concerned.

China is a ‘democracy’ that does not like democratic symbols. In Hong Kong, where elections were recently held, after the pro-democracy leaders were put under house arrest, symbols of democracy have been systematically removed.

According to Hong Kong Free Press: “Two more Hong Kong universities have torn down monuments commemorating the Tiananmen Massacre from their campuses in the early hours. The removals came one day after the University of Hong Kong (HKU) tore down the Pillar of Shame, another Tiananmen Massacre tribute.” The government used the pretext of safety issues and legal concerns.

The Chinese University of Hong Kong (CUHK) removed the Tiananmen Lady Liberty statue in the middle of the night. The Hong Kong paper says, “A mobile crane was spotted at the scene, and workers were seen washing the floor where the statue used to stand with a high pressure washer.”

There is more. A new invention of the Chinese ‘democracy’ is the emotion recognition software which “reinforces privacy rules to tackle abuse” argues The Global Times’ propaganda.

On 3 March, the tabloid and mouthpiece of the Communist Party explained: “Tired and depressed after a long day’s work, a man sits down and asks his smart stereo to play a song. The stereo immediately recognises his emotional state and plays him a cheerful tune. In the beautiful melody, the man is slowly rejuvenated, and his mood gradually improves.”

This is great, but… worrying.

The Global Times mentions another use: “At a busy highway checkpoint, artificial intelligence (AI) pre-warning systems silently observe drivers and passengers in vehicles passing through. Seconds later, security officers stop a car with passengers looking strangely nervous and discover drugs in the car.”

The tabloid admits that this incident, reminiscent of science fiction, is on the increase in daily life. “In China, emotion recognition technology is fast developing in this data and AI era boom, [it] has been widely used in various fields including health, anti-terrorism, and urban security,” it says.

The White Paper speaks of a ‘Democracy That Works’. “With complete institutions and extensive participation, whole-process people’s democracy has evolved from an idea into a system and mechanism of governance that has taken root in the soil of Chinese society and become part of people’s lives. The light of democracy has illuminated China’s entire territory, allowing its people to enjoy extensive and tangible democratic rights.”

Who will believe this? For decades, China has been a land of dichotomy with the government saying something and doing something else.

The White Paper says that the Chinese Constitution stipulates that all power in the People’s Republic of China belongs to the people and “China’s political power is not linked in any way with personal status, wealth, or social relations, but is equally enjoyed by all the people”. In reality, a person’s status is entirely linked to his/her complete allegiance to the Party.

Remember what happened to Liu Xiaobo, the Chinese writer, literary critic and human rights activist who was awarded the Nobel Peace Prize in 2010? Liu was arrested numerous times and described as China’s most famous political prisoner for fighting for democracy. As he was dying of liver cancer, he was granted medical parole in June 2017; he left this world on 13 July 2017. He just wanted a bit of democracy in his country; he paid with his life.

Examples could be multiplied.

Having lived 47 years in chaotic, but truly democratic Bharat, every day I appreciate this not-always efficient, but ‘incredible India’.

There is no doubt that the present regime in China is fast losing its credibility and perhaps for the first time after the COVID-19 virus spread its tentacles over the planet, the world has started realising this; no amount of propaganda can cover it any more