China Readies for Next Dalai Lama 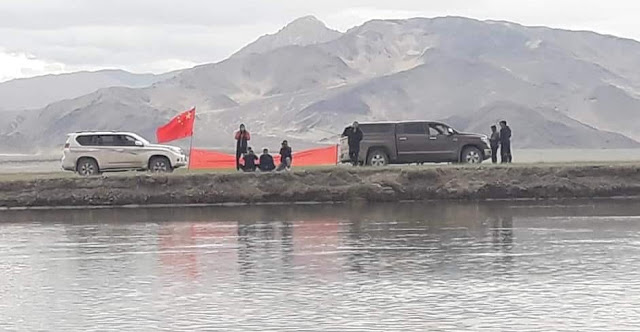 The Dalai Lama’s answers about his succession often make the headlines; in some cases, his words were even misinterpreted. But, on August 18, a video addressed to members of the Minnesota Tibetan Association which received a wide circulation on social media, brought joy to his followers; the Nobel-laureate said that he was presently in the best of health and would live to be 110 years old.

Concerns were raised about his health in April, when the 84-old leader was flown from Dharamsala to Delhi where he was admitted to a private hospital for a serious chest infection.

In his talks with the American Tibetans, he recalled a dream in which Goddess Palden Lhamo, the special protector deity of Tibet, while riding on his back, proclaimed that he would live for 110 years. “Tibetans have not forgotten me, and I will not forget you,” asserted the Dalai Lama.

At the same time, on the other side of the Himalaya, the Chinese are actively planning for the return of his reincarnation.

The Global Times, the mouthpiece of the atheist Communist Party, recently reported that some 100 Tibetan Buddhist monks attended “a training session on reincarnation for a living Buddha in Tibet Autonomous Region, which includes government regulation on management of the reincarnation system, and was hailed by Chinese experts and officials as a necessary method to maintain religious harmony in the region.”

‘Living Buddha’ is a term invented by China to designate the tulkus, the Lamas who consciously return to this world to continue what they have not achieved in their previous life; Beijing appears busy making preparation to appoint its own 15th Dalai Lama.

According to The Global Times, the training session which was organized by the Institute of Socialism in Tibet, the Tibet Buddhist Association and regional authorities, covers the history and rituals for the reincarnation of Living Buddhas. The course lasted some 10 days; at the end of it, the newly-educated monks were received by Wu Yingjie, the Party boss in Lhasa.

Sonam Rinchin, a deputy secretary of the regional Chinese People’s Political Consultative Conference, explained that the reincarnation system was “never a religious-only issue or a living Buddha’s personal right” but an important representation of the Communist Party of China’s strategies and policies in the region. It meant that for Beijing, it is a Party affair, to be decided by the Communist leadership.

The “Management measures for the reincarnation of living Buddhas in Tibetan Buddhism” were notified on July 13, 2007.

This is practically a ban on the Dalai Lama to return from India.

Pema Lhamo, head of the South Asia Institute of the Tibetan Academy of Social Sciences explained that holding such a training session helped the process of reincarnation, “written in government regulations and embedded in Tibetan Buddhism …to be carried out properly and not affected by any individual or the Dalai Lama’s separatist clique.”

China wants a reincarnation of the Dalai Lama without Dalai Lama’s involvement!

But the Chinese preparations are not limited to ‘convert’ a few monks to a ‘socialist’ Buddhism, the Chinese-selected Panchen Lama, Gyaltsen Norbu has been conducting an extensive ‘inspection tour’ on the Tibetan plateau, including a village bordering Ladakh, trying to assert himself as the heir apparent to the Dalai Lama.

Norbu toured areas such as Purang (near the trijunction Nepal-Tibet-India), Mt Kailash, Manasarovar lake, the monasteries in Tholing, Ngari town, Rutok, the Panggong Lake (of The Three Idiots’ fame on the Indian shores) and even a village on the Indian border; all these areas are close to the Indian border.

China Tibet Online reported that on July 26, Gyalsten Norbu traveled to Jaggang village in Rutok County “for survey and research”; he paid a visit to two Tibetan families. The Chinese website said that “Jaggang Village is located in the southern part of Rutog County, 70 kilometers away from the county town. It is a typical plateau village.”

But it is not an ordinary village, it is also known as Chiakang and situated close to Demchok in Ladakh.

It is the first time, that such a ‘senior’ religious leader, goes himself the Indian border, which China claims as ‘disputed’.

Norbu’s visit was probably a message to Delhi and Dharamsala; Beijing is doing its homework on the ‘succession’ of the Dalai Lama. For at least the next twenty years, Norbu will be the face of Tibetan Buddhism in China, which seemed decided to fully play the Gyaltsen Norbu card against the Dalai Lama.

Even if China selects its own Dalai Lama (with the help of Norbu), the latter will continue to ‘rule’ on behalf of the Communist Party for decades (provided, the Communist Dynasty lasts that long).

Incidentally, Norbu also visited a Nyingma (old school) monastery (Tirthapuri Gompa near Mt Kailash). This shows that China plans to use him as ecumenical leader, not just a Lama of the Geluk School of Tibetan Buddhism.

China is clearly putting people and systems in place for the succession of the Dalai Lama.

One can hope that that Palden Lhamo’s prediction is right and the Dalai Lama will continue to live a healthy life for many years. It is important for Tibet, but for India too, particularly for the Himalayan region where he brings a great harmony, stability and a refreshing presence.

This article China readies for Next Dalai Lama appeared in Mail Today and DailyO.