Can Xi and Trump Escape the Thucydides’s Trap in the Veil of Trade War? 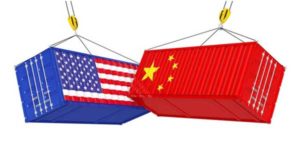 Given the order of the past, it remains indisputable that when a rising power rivals a ruling power, war is ‘inevitable’. To test the theory, the ideal case is the Peloponnesian War between Athens and Sparta in ancient Greece. To which Thucydides argued that: “it was the rise of Athens, and the fear that this inspired in Sparta, that made war inevitable” [i] – metaphorically called the ‘Thucydides Trap’. However, in some cases, it is found that the parties did succeed to escape the ‘trap’.

In the context of the new emerging world order, wherein scales of the balance of power shifting from West to the East, the most defining query is: ‘whether China and the United States can escape the Thucydides Trap’. To which, Graham Allison in his assessment articulates that China and US are “Destined to War”[ii]– wherein, if not inevitable, but a likelihood of war is a real possibility. What calls for it is that in studying 16 cases in the last 500 years where an aggressive rising nation threatened a dominant power; in 12 cases Allison notes the ‘end result was war’. Applying this logic, Allison posits that “the preeminent geostrategic challenge of this era is not violent Islamic extremists or a resurgent Russia” but “the impact that China’s ascendance will have on the US-led international order”.[iii]

In the current turn of events, although a war between China and the US is not in the game plan for either country the likelihood of such a scenario is far from being outlawed. Most importantly, the likelihood is testified by the unfolding dynamics between Beijing and Washington in the event of ‘trade war’. The total trade between China and the US is $710 billion with a deficit of $335.4 billion (in favour of China).[iv] In assessing the future trajectory, one of the key challenges lies in evading a military collision between the two countries, given the growing tensions in the economic dynamics.

What set the impetus to the divide was US President Donald Trump’s Memorandum[v], assigned on 22 March 2018, which is specific to China, called for: filing a WTO case against China for its discriminatory licensing practices; restricting investment in key technology sectors; and imposing tariffs on Chinese products (such as aerospace, information communication technology and machinery). Furthermore, on 23 March, US imposed a 25 percent tariff on all steel imports (except Argentina, Australia, Brazil, and South Korea) and a 10 percent tariff on all aluminum imports (except Argentina and Australia).[vi] Currently, the total US tariffs applied exclusively to China is $250 billion, a rate of 10 percent, which is to be increased to 25 per cent by 1 January 2019.[vii]

What makes the economic tariffs a critical concern? Such quarantine measures have two significant implications: first, it directly impacts the Chinese economy given the reduction in US imports and exports; and second, it triggers retaliation from China as a reactive response. This is well-witnessed as China on 2 April 2018, imposed tariffs ranging 15-25 percent on 128 products of worth $3 billion on products such as- fruit, wine, seamless steel pipes, pork, and recycled aluminum.[viii] Currently, the total Chinese tariffs imposed on the US is $110 billion.[ix]

The implications of the trade divide are: first, led to the construction of polar images of that of China and US. That is, given Trump’s stringent attitude the US is perceived that of an offensive actor, to which China’s reciprocal reaction made it look reactive and defensive. Second, the scenario is more than just a trade war. That is, the friction points are not just limited to export-import, technology transfer or intellectual property rights, rather the implications of it are rooted in the security issues- the South China Sea and Taiwan. To note, acting in conjunction with the tariffs, Washington has simultaneously upped the ante in the security domain. In doing so, Trump signed the Taiwan Travel Act in March 2018 which encourages mutual visits between US and Taiwan officials,[x] followed by arms sales to Taipei and most importantly, the appointment of National Security Advisor John Bolton who holds a pro-Taiwan stance. These actions significantly defy China’s ‘One China Principle’- the key political foundation of the China-U.S. relationship.

Given these systemic dynamics, in this tug of the trade war, the undercurrents are mainly in the potential flashpoints. However, as a military conflict does not lie in the rational choice for both China and the US, the greater challenge, therefore, lies in ‘how to evade such a scenario’. Although to quell the unwarranted risks, Xi and Trump agreed upon a temporary “trade truce”[xi] along the sidelines of G20- bringing a halt to any new duties for 90 days. But if no consensus is reached within this time frame, US will increase tariffs on $200 billion of Chinese goods from 10 percent to 25 percent. Such conditionality calls for greater uncertainties. This further clarifies that there is no guarantee of permanent peace in the immediate future. Rather with the stakes higher than ever, the trade war thereby acts as a litmus test for China and US in escaping the Thucydides’s Trap.

[i] In the fifth century B.C., Athens had emerged over a half century as a steeple of civilization, yielding advances in philosophy, history, drama, architecture, democracy, and naval prowess. This shocked Sparta, which for a century had been the leading land power on the Peloponnese peninsula. As Thucydides saw it, Athens’s position was understandable. As its clout grew, so too did its self-confidence, its consciousness of past injustices, its sensitivity to instances of disrespect, and its insistence that previous arrangements be revised to reflect new realities of power. It was also natural, Thucydides explained, that Sparta interpreted the Athenian posture as unreasonable, ungrateful, and threatening to the system it had established—and within which Athens had flourished. Cited in Graham Allison (2015), “The Thucydides Trap: Are the U.S. and China Headed for War?”, The Atlantic, 24 September 2015, at https://www.theatlantic.com/international/archive/2015/09/united-states-china-war-thucydides trap/406756/ (accessed on 5 December 2018). For details see, “The History of the Pelopponesian War by Thucydides”, at http://classics.mit.edu/Thucydides/pelopwar.1.first.html (accessed on 05 December 2018).

[iv] Cited in Office of the United States Trade Representative, “The People’s Republic of China”, at https://ustr.gov/countries-regions/china-mongolia-taiwan/peoples-republic-china (accessed on 06 December 2018).

[v] White House (2018), “Presidential Memorandum on the Actions by the United States Related to the Section 301 Investigation”, 22 March 2018, at https://www.whitehouse.gov/presidential-actions/presidential-memorandum-actions-united-states-related-section-301-investigation/ (accessed on 05 December 2018).