Calling a spade a spade in dealing with China 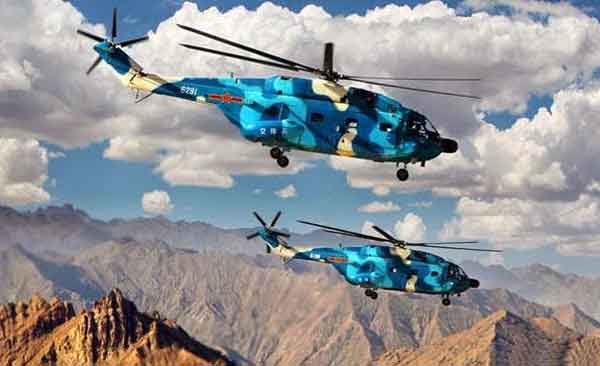 A friend recently asked me: “In your opinion, how should the new government deal with China?”

I answered that first of all, I do not know who will be the next Prime Minister and then, perhaps more importantly, who will the PM’s choice to look after Defence and External Affairs.

…whoever ‘deals’ with China will have to be frank and transparent.

It will be indeed crucial choices and the relations with China (and the rest of the world) will depend on this choice.

But something came to me, whoever ‘deals’ with China will have to be frank and transparent. The person should not be scared to ‘hurt China’s sensitivities’.

In this context, an interesting article was published by Xinhua yesterday.

It is a commentary on US Secretary of Defense Chuck Hagel’s visit to China.

Xinhua says that Hagel “may well feel after wrapping up his four-day visit to China on Thursday that Beijing has become more frank with Washington and less hesitant to voice its dissatisfaction with some US moves.”

It was indeed the case as several encounters were reported to have been quite ‘tough’.

The Chinese Communist Party news agency explains: “By inviting Hagel to tour the ‘Liaoning’, China’s sole aircraft carrier, and being honest about its grievances, China showed that it has nothing to hide.”

Then it quotes Fan Changlong, the powerful vice chairman of China’s Central Military Commission who “denounced Hagel’s recent remarks to ASEAN defense ministers and Japanese politicians over their territorial disputes with China as tough and biased.”

It is something that the Indian diplomats and politicians have always difficulty to do: to call a spade a spade. Remember Depsang Plains a year ago.

General Fan Changlong told Hagel in front of the press that the Chinese people, including himself, were dissatisfied with such remarks in Japan.

Frankness should not be confined to the rooms of Zhongnanhai or South Block, but should be shared with the press and the public.

Xinhua adds: “The unusual harsh tone delivers a clear message: Beijing is resolved to defend its core interests, particularly territorial sovereignty, and will not allow any country to make waves.”

Frankness should not be confined to the rooms of Zhongnanhai or South Block, but should be shared with the press and the public. It is something Delhi should definitely learn.

For once, I agree with a comment form Xinhua: “The frankness is expected to reduce the possibility of miscalculation by other countries when they gauge China’s red lines, and consequently reduce rashness in their China policy-making.”

The new Indian government if it wants to deal on an equal footing with China will have to be frank, straightforward and transparent …and be able to draw ‘red lines’.

If the Chinese news agencies can say: “As a responsible player in regional and global affairs, China expects the United States to respect its core interests, but has been repeatedly disappointed by the latter’s double-faced tactics”, why can’t India does the same to China.

To take a concrete example, why can’t Delhi tell Beijing openly, “if you are sincere in finding a solution for the border dispute, why can’t you put the maps of your perceived LACs on the table. We are ready to put ours.”

Or “please explain to the Indian public,what is your ownership rights on the Depsang Plains or on Chumur in Ladakh? Why have your perceived LAC has moved so much since 1959?”

Xinhua says: “Regardless of disagreements in various fields, both Beijing and Washington clearly know they are friends, not enemies, and a healthy US-China relationship is a sine qua non for world peace and stability.”

The same thing applies to India and China, but before being real friends, the differences should be openly displayed, discussed and known to the public.

It would be the best way to dismiss unsustainable claims.

Xinhua concludes: “If hard-nosed politicians in Washington can understand Beijing’s frankness and resolve better, China-US ties will be more stable and the Asia-Pacific region will be more peaceful.”

The ‘hard-nosed’ leaders in Beijing will understand better India if the next Foreign and Defence Ministers can speak in a straightforward and transparent manner.

The Indian public, which is mature enough, should always be taken into confidence.