Because Pakistan crossed the line 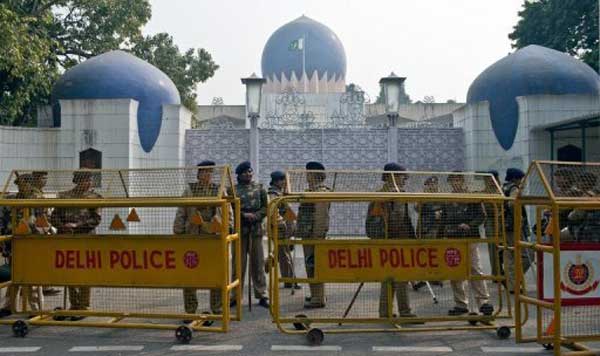 The Pakistan high commissioner seriously transgressed diplomatic norms in meeting the Kashmiri secessionists after being advised against it by the foreign secretary. Accredited envoys do not disregard such top-level “requests” from the host government. Such defiance has a cost, which can be either expulsion or a functional boycott of the envoy.

Pakistani representatives meet the Kashmiri secessionists to stress that they alone truly represent the Kashmiri people — not the elected government and mainstream parties.

The high commissioner has doubly offended the dignity of the host government by meeting the secessionists a second time, behaving as if India’s sovereignty over its own territory and citizenry is subservient to Pakistan’s superior sovereign right to meet in India’s capital city even treasonous elements. One can imagine such effrontery in a superpower’s dealings with a banana republic, but not India-Pakistan relations. We should have had the last word by either expelling the high commissioner or placing serious limits on the mission’s activities and accepted Pakistan’s inevitable retaliation, but we have chosen not to escalate matters at this stage, retaining room for calibrated responses in future.

The arguments excusing Pakistan’s conduct are largely specious. Pakistani representatives meet the Kashmiri secessionists to stress that they alone truly represent the Kashmiri people — not the elected government and mainstream parties. Because these elements seek a solution in Kashmir through the defunct United Nations resolutions, Pakistan needs to keep bolstering them to buttress its own core position on Kashmir and showcase that Kashmiris have not accepted Indian rule. Ignoring them would mean relying on terrorists alone to oppose Indian sovereignty over Kashmir, which undercuts Pakistan’s position. We might argue that the Hurriyat is a declining force and thus tolerate Pakistan’s hobnobbing with them, but that overlooks the crucial point that by allowing this, we give Pakistan a political role and extra-territorial rights in Jammu and Kashmir in contradiction of our own position that Kashmir is an integral part of India. Why we allow secessionist Kashmiri elements to meet the Pakistani leaders and officials in our capital city in the first place is, of course, perplexing.

Even if this was permitted in the past, Pakistan has not acquired any prescriptive right to meet them freely in the future. That this practice has existed for years and must therefore continue irrespective of political change in New Delhi is a vacuous argument. Pakistan has long engaged in terrorism against India without the Indian government reacting forcefully. Would this mean that Pakistan has now a political lien on such conduct and any robust Indian reaction would be tantamount to India choosing belligerence over peace? An even more absurd argument by Pakistani “moderates” that mocks our intelligence is that Pakistani leaders meet the secessionists to help us as “honest brokers” with our disaffected Kashmiris.

Let us not allow Pakistan to segment the issues between us in a way that its right to interfere in J&K has to be acknowledged by us, but any interference by us to exploit separatism within its boundaries is impermissible.

The Pakistan high commissioner has made this preposterous view official by claiming at a press meet that his conclaves with the secessionists — along with the ISI operatives in the mission no doubt — is “helpful” for peace. Can Pakistan demonstrate that its persistent counsel to the Hurriyat has advanced the cause of peace in J&K? If Pakistan has such benign intentions in meeting the Hurriyat, one supposes that it is with similar noble motives that it promotes terrorism in J&K. The separatists are not the only stakeholders in bringing peace to Kashmir; those in Ladakh and Jammu and, especially in Gilgit/ Baltistan, where the Shias are being butchered, are stakeholders too.

To balance the stakes, India should also claim the right to officially meet those in Gilgit/ Baltistan whose political and human rights are being suppressed by the Pakistan government and demand facilitation of this as part of the dialogue on Kashmir. We should also have the right to officially meet Balochi separatists on Pakistani soil. To argue that Balochistan is not an issue between India and Pakistan is to evade the core issue of Pakistani hostility towards India, its military’s desire to avenge 1971, its policy of promoting terrorism in our country and the illusory goal of its extremists to break us up.

Pakistan’s unrelenting hostility towards us as an entity is therefore an issue for us and in that context, Balochistan, which provides us leverage of the kind Pakistan exploits in Kashmir, should enter the India-Pakistan equation. Let us not allow Pakistan to segment the issues between us in a way that its right to interfere in J&K has to be acknowledged by us, but any interference by us to exploit separatism within its boundaries is impermissible.

The Simla Agreement enjoined both sides to settle the Kashmir issue bilaterally, outside UN auspices. It gave no locus standi to the Kashmiri people — much less the Hurriyat — in negotiations, as claimed by the Pakistan high commissioner. Nawaz Sharif is repudiating the Simla Agreement by repeatedly invoking the UN resolutions and demanding a referendum.

They should be reminded of their own experience of Pakistan’s duplicity and terror-links.

If Pakistan argues that bilateralism has not worked, it is because it expects India to accept its territorial claims in Kashmir even through this process, which means that India should give Pakistan bilaterally what it has aspired to obtain through the UN resolutions. If India refuses, it is accused of scuttling bilateralism. India has not shied away from bilateralism; the problem is Pakistan’s determination to wrest more territory in J&K in addition to what it occupies illegally. This conundrum has no solution.

We had no hand in Nawaz Sharif’s election and we cannot prevent his ouster if it comes about. We cannot alter the internal civil-military power equation within Pakistan. Nawaz Sharif is supposedly well disposed towards India, but his months in power do not show this materially. We cannot offer him concessions to strengthen him politically against the military, as such concessions would have to be those that satisfy the military and the religious extremists, which would be a losing game for us.

We must cease worrying about big powers leaning on us if our dialogue with Pakistan falters. They should be reminded of their own experience of Pakistan’s duplicity and terror-links. When they can change regimes they dislike, they should not advise us to tolerate unacceptable provocations by an adversary. It is time we grew up and stood up.

5 thoughts on “Because Pakistan crossed the line”