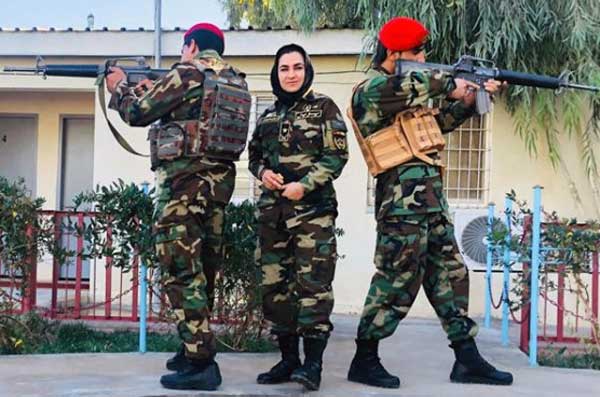 Army – Hope of Thousands and Millions of Afghans

On August 15, 2021, the Afghan National Army (ANA) vanished as a national identity. This incomplete and unexpected end destroyed the hopes of thousands and millions of Afghan citizens. How bitter is the memory to be included in the pages of history with its bitter taste? After the rapid advances of the Taliban throughout Afghanistan and the final surrender of Kabul to the Taliban insurgents, the question of why the army that took 20 years to develop and spent billions of dollars but collapsed when confronted by a rag-tag band of terrorists is the question of many observers, experts, and millions of Afghan and non-Afghan citizens worldwide. The shattered hopes of the citizens in the fight against terrorism in the hope of a shaky army.

The Betrayal in the Name of “Peaceful Transfer of Power”

If the ANA and National Police were not trained and equipped to resist the Taliban, what was the reason for their existence in security institutions and bases? Many national and international media have always raised questions, especially the people of Afghanistan, after the fall of the ANA. When images of the Taliban entering the presidential palace of this country were broadcasted in disbelief, the Afghan armed forces surrendered the capital to the Taliban rebels in the name of “peaceful transfer of power” without firing a single shot.Betrayals in the name of peaceful power transfer to the Taliban rebels by the security institutions is something that cannot be denied for the traitors to express their remorse.

The People of Afghanistan are Victims of Civil Wars

Afghanistan has been involved in civil wars for the past four decades. The Mujahideen war against the People’s Republic and the Soviet military supporters, the civil war between different groups of Mujahideen warlords, the war between ethnic groups, the battle between the Taliban and Mujahideen, and finally, the Taliban war with the Islamic Republic of Afghanistan and its international supporters.During the last 20 years, 150,000 Afghan citizens were killed during conflicts, of which 43,000 were civilians, and nearly 110,000 were army, police, and national security forces. This high number of victims for the return of the Taliban to power and Afghanistan to “zero point” confirms the words of the British Foreign Minister and the leader of the Christian Democratic Party of Germany, whom both described the withdrawal of operations in Afghanistan as a failure.

According to information published by the United States, in the last 20 years, 83 billion dollars have been spent on building, equipping, supporting, and training Afghan National Army. Massive cash has been spent in a country where less than 30% of its population has electricity all day and night.However, it appeared that many members of the ANAand National Police lacked the ability to use and maintain combat equipment donated by the United States and NATO.France 24 News Channel reports that the United States began the gradual withdrawal of its forces from Afghanistan in 2011.Therefore, American military experts and NATO forces stationed in Afghanistan had ignored the fact that many members of the Afghan armed forces, such as the army, police, and intelligence of this country, were not even literate. So, they did not have the ability to read and write.

The United States and the Afghan government grosslyexaggerated the capability of the 300,000-strong army.A ratio of 1 to 4 government forces was used against the Taliban until days before Kabul’s fall to ensure resistance against the Taliban fighters. The report of American intelligence agencies also estimated that after the withdrawal of foreign forces, the Afghan government would probably be able to resist rebels for up to 2 months, and then it would fall.In addition, the United States has been deliberately hiding the weaknesses and inabilities of the ANA. John Sopko, office director of the US Special Inspector General for Afghanistan Reconstruction (SIGAR), recently revealed, “When it came to evaluating of the ANA, the military changed the goals to make them easier to achieve so they could say they succeeded. Hence, when they could not succeed, they classified the information of the failure as confidential to prevent its disclosure. The American military observers knew how bad the condition of the ANA is.”Most bitter of all, the last report of “SIGAR” warned the Congress of the US government that “the use of advanced weapons systems, vehicles, and support of Western armies is extremely beyond the capabilities of the military, especially the ANA, who are mostly illiterate.”

The Ethnic Rivalries and Corruption

After the bloody terrorist attack on the 209th Shaheen Corps in Mazar-e-Sharif in northern Afghanistan, more than 200 National Army officers and soldiers were killed. The motivation for such attacks was widespread corruption that hadbeen deeply rooted in all departmentsof Afghanistan’s military and security institutions, including this country’s national army, for years.There have been many attacks on the most secure army bases. However, after this bloody attack on the 209th Shaheen Corps, the Afghan military and political authorities were severely criticized internally and externally. Nevertheless, observers, experts, informants, and all the people of Afghanistan called the national army of this country a deeply corrupt and inefficient institution that cannot even ensure the security of its military personnel.

This corruption and inefficiency is the main reason which enabled the rapid advance of the Taliban in Afghanistan and the escalation of their bloody attacks in the country. According to the North Atlantic Treaty Organisation (NATO) report, the Kabul government controlled only 58% of the territory of Afghanistan, and the rest was under the control of the Taliban.Army institutions announced hunderedsof generals in the ANA and said that the Afghan army is severely suffering from lacking young and educated officers. One of the reasons for this is that the generals of the ANA bought their positions with money and intermediaries, and many generals of the Afghan National Army were not even literate.

Previously, John Sopko, the US special inspector for Afghanistan reconstruction, said that “the Taliban buy the weapons and ammunition they need from the ANA, because it is both cheaper and more reliable.”Another problem that the Afghan National Army suffered was the presence of tens of thousandsof “Ghost Soldiers,” or fictitioussoldiers whose names were on the roles but not physicallythere in the army’s ranks.

This is because the Afghan army commanders received equipment and huge budgets in exchange for these “persons” or, so to speak, “put in their own pockets.” NATO estimated the number of these fictitiuossoldiers to be between 20,000 and 40,000.At that time, the complicated problem of the ANA was the ethnic rivalries within it. The combination of corruption and ethnic rivalries was one of the most important reasons for the ineffectiveness of the ANA in the victory of the Taliban.

Since about ten days before the fall of Kabul, the Taliban were rapidly capturing the provincial centers from Zaranj to Kabul. The entry of Taliban rebels into the houses of warlords and governors and the publication of pictures from the “palaces” of fugitive statesmen and leaders showed the major difference between the way of life of the ruling class and the majority Afghan population in this country.The palaces of the warlords acquired without effort from flesh and blood of the Afghan people were occupied by Taliban rebels within a week. Over the past few years, there have been numerous reports of widespread corruption in Afghanistan, from the distribution of international aid to voting to buy candidates for parliament, ministries, and other government positions.

The report of the Russian officials about Ashraf Ghani Ahmadzai fleeing with cars full of cash and leaving part of this money on the runway  may have some truth behind it. The acceptance of this story by the local and global public opinion, regardless of its truth or falsity, shows that the highest official of Afghanistan, to what extent, has been unreliableand unscrupulous.To date, one year has passed since the occupation of Afghanistan by the Taliban. Terrible reports, stories of human rights violations, and persecutions of religious and ethnic minorities are broadcast to the world. All these pains people of Afghanistan are attributed to those who were at the head of administration, especially the security sectors of Afghanistan and the ANA.