Appointment of Chief of Defence Staff: A Historic Decision 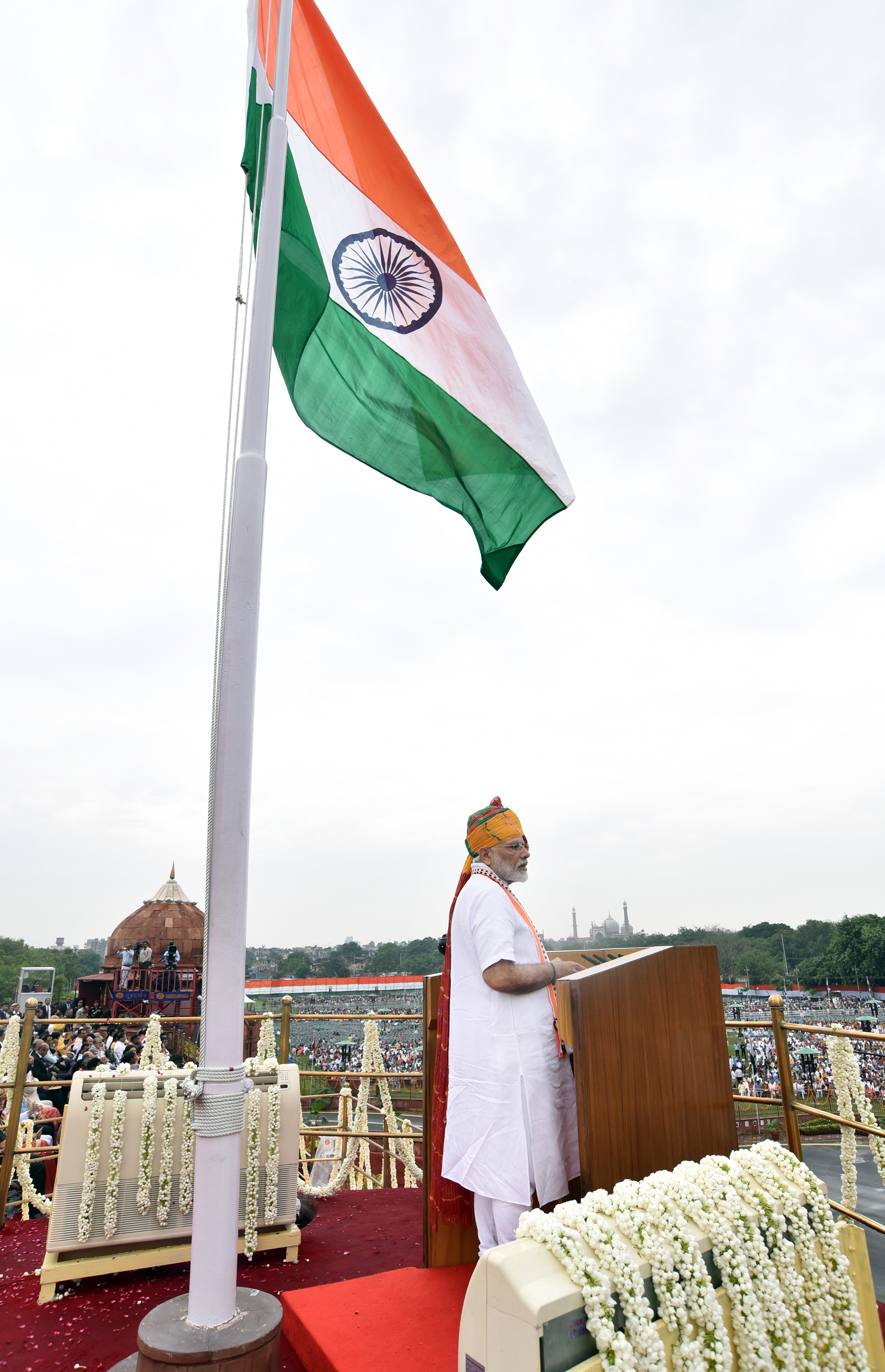 Prime Minister Narendra Modi’s rousing Independence Day address delivered from the ramparts of the historic Red Fort covered many issues relating to reforms and development in India. Among the several key announcements made by the Prime Minister was the creation of the post of Chief of Defence Staff (CDS), which he described as “a very important and compelling task”.1 Lauding the role of the army, navy and the air force, he added that the institution of CDS would provide a better direction for higher defence management.

The decision to appoint CDS is an important milestone in India’s quest for complete integration of its defence forces; a significant step towards seamless coordination, better efficiency and greater effectiveness of the national defence architecture in meeting the challenges of the 21st century.

The Modi Government has been bold and far-sighted in dealing with the subject of integration. It may be recalled that the first and only tri-service theatre Andaman and Nicobar Command (ANC) and the Headquarters Integrated Defence Staff (HQ IDS) were also the creation of a BJP-led government in 2001. In 2018, Prime Minister Modi took additional steps toward further integration by establishing agencies for Space and Cyber, as also the Special Operations Division under Chairman, Chiefs of Staff Committee, which until now has been a largely ceremonial post held by the senior-most service chief by rotation.

However, these initiatives were constrained by the absence of a central nerve centre, which could provide direction and ensure that the entire defence structure could live up to its true potential and emerge greater than the sum of its individual parts. The creation of the post of CDS does away with needless and self-imposed constraints. It also puts to rest a long-drawn and lingering debate that followed the recommendations of the Kargil Review Committee and the Group of Ministers (GoM) report of 2001 to appoint a CDS to act as the principal military adviser to the government. The subsequent Naresh Chandra Committee Report of 2012 had recommended a Permanent Chairman, Chiefs of Staff Committee at the same level as the three chiefs.

Given that the decision to create the post of CDS is now a done deal, it is critical to ensure that its constitution, powers, relation to other appointments and organisations is well thought out in order to achieve seamless integration and overall efficiency in the national defence apparatus. Some of the critical aspects that deserve close attention and deliberation as part of the implementation process include a clear roadmap and a vision about the institutional objectives that it must achieve.

The effectiveness of the office of the future CDS will be largely dependent on the role and responsibility given to it. At the macro level, the CDS must become the pivot for implementing joint planning, and training and operations. This must commence from a long-term perspective that can translate the vision of the Prime Minister into a reality. It is important to relate this vision to the need for integration of the armed forces not only at the apex level but also at the field level, where the benefits of this initiative must become evident from the very start.  If the creation of theatres overlooking India’s northern, western and southern peripheries are envisioned, a smooth process for implementation in actual practice must also be an important element of the endeavour.

The creation of CDS and subsidiary structures will provide an opportunity to re-evaluate the existing defence architecture in an objective manner without service loyalties or individual considerations clouding the judgement. This will help cut back infructuous spending. Duplication of assets in infrastructure and human resources, whether in training or in operational commands, is a huge drag on the defence budget of which sixty per cent goes towards salaries and pensions, leaving scant little for capital acquisition. Overall, the institution of CDS would enable the defence establishment to adjust to the changing character of war, given the complex set of threats and challenges that India faces.

The hybridisation of conflicts is no longer a hypothetical concept. The threat of information warfare in all its manifestations is being witnessed in Kashmir. The challenge of cyber-attacks is a reality that the security establishment is well aware of. The absence of a major war is not tantamount to peace. Unless relevant doctrines and structures are integrated, the opportunity that the Prime Minister’s path-breaking decision provides cannot be realised in full measure.

A number of countries around the world have already undertaken, and achieved, a high level of integration. The United States undertook such reforms way back in 1986 through the Goldwater-Nichols Act. Closer home, China implemented such integration in 2016 when the seven military regions were recast into five integrated operational theatre commands. The eastern and western theatre commands are headed by the army officers, the southern theatre command by a naval officer, and the northern and central theatre commands by the air force officers.  Earlier in 2015, China also restructured the Second Artillery Corps into a more robust People’s Liberation Army (PLA) Rocket Force and set up a Strategic Support Force integrating the space, cyber and electronic warfare structures.

China has other unique systems of integration. The Political Commissars of the PLA link the military leadership to the core tenets of the Communist Party of China (CPC). Many PLA officials are members of the party structures. Party representatives are embedded in all units. The units of the paramilitary People’s Armed Police (PAP), earlier under dual military and civil command, are now firmly part of the integrated theatre commands which report to the Central Military Commission (CMC) headed by President Xi Jinping.

Prime Minister Modi’s vision has provided a huge opportunity to integrate all the three services of the Indian armed forces. A single-point tendering of military advice to the political leadership, and the execution of its decisions, will go a long way in addressing the challenges of the changing strategic as well as security environment. A historic decision has been announced on a historic day. Now, the defence establishment, with the support of all stakeholders and experts, must help transform this vision into a reality in the most effective manner.

One thought on “Appointment of Chief of Defence Staff: A Historic Decision”