An Open Letter: India's Next Defence Secretary ... From "Outside" the IAS 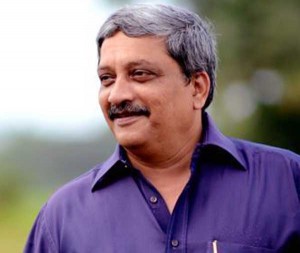 It may be time for the Next Secretary of Defence, Government of India … to come from outside the IAS.

I would like to request you to think about this seriously for reasons outlined in this note.

The NDA government inherited a “bureaucracy problem” from the Congress controlled UPA Government. The Live mint article of Sept 2015 (link below) reflects this view by saying that the Bureaucracy is not allowing the Modi Government to function.

The only way to solve the Macro problem and avoid possible defeat in the 2019 General Elections … it to enforce Lateral Entry into the IAS at all levels in all ministries.

Need For Reforms in the Ministry of Defence

Anyone who visits the Ministry of Defence to do business or even talk about new ideas has a very bad experience.

I have personally had a very bad experience at your Ministry at the hands of a Joint Secretary when I went to talk to him about the Defence Economic Zone project.

This Joint Secretary was openly hostile to any new ideas.

A lot of people I have talked to have had a similar experience with IAS officers at the Ministry of Defence.

It is very necessary to start at the Very Top to bring in Change and New Ideas … We therefore need to start with the Secretary of Defence.

To do this, the position of the Next Secretary of Defence … could be filled through an Open Interview Process.

This will send out a very Strong message that Your Government means business and is interested in bringing New Ideas in accelerating the Reform Process at the MOD.

In fact all new administrative positions at the Ministry of Defence should be filled through open interview. This will dramatically improve performance and change our Military Establishment in a way not seen since independence in August 1947.

Today our Security establishment is in a Crisis … and we need people who know their Jobs because of the massive security problems we have in the neighborhood.

The Secretary of Defence could be anyone whose previous appointments could be in the Home, Education, Agriculture, or Coal Ministry before doing a short sting at the Department of Defence Production.

The above paragraph however raises the question “What does this Secretary of Defence know about Defence and National Security?”

In saying this I would like to qualify my statement by saying that I have personally nothing against the Defence Secretary. He may in fact be a very nice and able administrator.

All this raises a question “Do the people of India not have a right to get the best person for the post of Defence Secretary?”

Someone with real knowledge and enthusiasm for promoting India’s Security Interests.

We need to ask ourselves … Why should the Defence Secretary always have to be from the IAS? Is it written anywhere in some Sacred Text?

Need For Cabinet Decision … For 100 Such Appointments / Year

In fact we in India need such reforms in all ministries and not just the Ministry of Defence. If we just bring in one Defence Secretary from outside, the other vested interests in the bureaucracy will not let him function.

Therefore we need the most senior appointments in Government to be brought in from outside. These could be People who have proved themselves in other walks of life (Industry, Other Government Departments etc).

We need to bring in around 100 New Senior people every year starting in 2016. These people need to be brought in on Par with officers from the current IAS and fully empowered to take decisions.

Other countries are doing this for decades … and they have Excelled.

If over the next 3 years, your government fills over 2000 government jobs through an open interview process it will create a very dynamic situation and speed up decision making tremendously at all levels of Government, as Lateral entry into the IAS gets institutionalized .

This single step will also create Millions of New Jobs within 3 years.

19 thoughts on “An Open Letter: India’s Next Defence Secretary … From “Outside” the IAS”