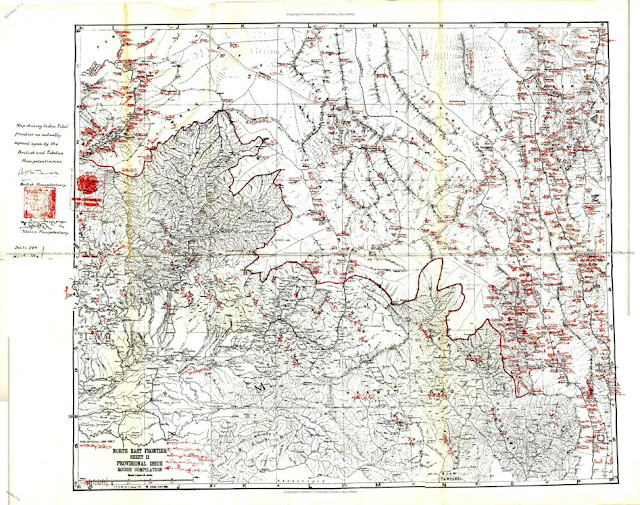 For centuries, the subcontinent was separated from the Tibetan plateau by the most formidable natural barrier, the Himalaya.

This border has been remarkably peaceful from time immemorial.

It is only since the early 1950s, once Tibet, a State with all the legal attributes of an Independent Nation, was occupied by Communist China, that the border became a bone of contention with the latter.

What is a Border?

Wikipedia, the online dictionary, explains what a border is: “Borders define geographic boundaries of political entities or legal jurisdictions, such as governments, sovereign states, federated states and other subnational entities. Some borders — such as a state’s internal administrative borders, or inter-state borders within the Schengen Area — are open and completely unguarded. Other borders are partially or fully controlled, and may be crossed legally only at designated border checkpoints and border zones may be controlled.”

A Porous Border between India and Tibet

For centuries, the Himalaya saw a constant flow of Tibetan lamas, pandits and yogis visiting the great Indian viharas of Nalanda, Odantapuri or Vikramasila. Once Tibet converted to the doctrine of non-violence, it was transfigured. It lived only for the Dharma and by the Dharma of Buddha. It is fascinating to look at the changes wrought by the Buddhist faith on the people of Tibet who were among the most belligerent on earth. After adopting the new religion, their powerful Empire which had spread far and wide suddenly turned pacifist. As a result it would never recover its past military glory but it would start another kind of conquest, the conquest of self, and begin to spread its cultural influence over Central Asia and Mongolia.

Unfortunately for Tibet after 1950, the People’s Liberation Army walked onto the Tibetan plateau and brutally imposed its rule.

The fact is that when neighbouring States are on friendly terms, it is not too difficult to find an agreed frontier; when one faces an expansionist, aggressive neighbour, it is more difficult.

Over the last century, most States have instituted border control to restrict or limit the movement of people, animals, plants, and goods into or out of the country. Under international law, a State can decide the conditions under which a person can legally cross its borders; the State is also entitled to prevent persons or goods from crossing its borders.

To cross borders, one generally requires legal documents or travel documents like passports (which in many cases need a visa) or at least identity documents.

Till 1954, the Indo-Tibet relations were so friendly that the two nations trusted each other and no travel documents was required for the nationals of India or Tibet to visit the neighbouring country; one can take the example of Indians visiting the Kailash-Manasarovar area without any identity proofs.

What defines a border?

There are different ways to define borders.
To understand the difficulties to have a ‘border agreement’ with India’s most difficult neighbours, namely Pakistan and China, it is necessary to look at the features which define a border.

Natural borders are geographical features that present natural obstacles to communication and transport. It can be:

A few more such principles could be cited, but the above are the most usual features to determine a common border.

On what is a settled border based?

A border agreed by the two neighbouring States is based on historical or customary features. Further, to determine these borders some factors are taken into account:

One or several of these principles can be used to determine a border.

The Case of the McMahon Line

A few words should be mentioned about the McMahon Line.

Nevertheless, in March 1914, on the side of the Simla Conference, the British and the Tibetans defined their common border in India’s North-East; the McMahon Line was born.

Lonchen Shatra officially wrote to Sir Henry McMahon: “As it was feared that there might be friction in future unless the boundary between India and Tibet is clearly defined, I submitted the map, which you sent to me in February last, to the Tibetan Government at Lhasa for orders. I have now received orders from Lhasa, and I accordingly agree to the boundary as marked in red in the two copies of the maps signed by you subject to the condition mentioned in your letter, dated 14th March, sent to me through Mr. Bell. I have signed and sealed the two copies of the maps. I have kept one copy here and return herewith the other.”

During the following years, British officials had regular contacts with the Tibetan Kashag. Following the signature of the Convention, trade marts were opened in Tibet and telegraphic lines were maintained by Government of British India.

How to delimitate a border?

What are the stages of delimitation of a border between two independent States (or three in case of a trijunction) once they have agreed on principle(s)?

According to the Oxford Dictionary, the word ‘delimit’ means “to mark or determine the limits of; to define, as a limit or boundary” while ‘delimitation’, it is the “determination of a limit or boundary, especially of the frontier of a territory”.

The first step for ‘delimiting’ a border is to ‘define’ the border, for example, ‘the border will follow the watershed’ or ‘will be the center of this river’.

‘Definition’ needs to be a precise statement. The next stage is to ‘delineate’ a ‘defined’ border. The dictionary says that ‘delineate’ is ‘to trace out by lines; trace the outlines of, a on a chart map’, for example.

‘Demarcation’ is often treated as the same as the ‘definition’, however ‘demarcation’ can also refer to work on the ground by means of pillars or other conventional signs.

The final stage is ‘abornement’ which is the ‘determination of the precise limits of a piece of land or border by fixing pillars or other markers on the ground.

The entire process is called ‘delimitation’ of the border; it is a long process. In the case of the Sino-Indian border dispute, the two parties have not even exchanged maps of their ‘perceptional’ Line of Actual Control (LAC).

China does not stick to any principle

It is difficult to deal with China because the claims made by Beijing are often without historical, cartographical or geographical support. This is true for the frontier (the so-called LAC) in Ladakh, but also for other recent Chinese claims in the South China Sea, in Tajikistan’s Pamir Region or Vladivostok.

For India, the principle of the watershed is the prime deciding factor; while most Chinese claims are not based on any of the principles normally used to demarcate a boundary, i.e. watershed, river, customary routes, grazing rights, etc.

As an example, we can cite the case of the now famous 1960 Chinese map, which just follows Beijing’s strategic interests and not any world-agreed principles.

That is why it is difficult to talk to China, which goes by its own changeable rules, practically promoting only its own interests.
It makes it impossible to find a mutually agreeable solution to the vexed issue today.